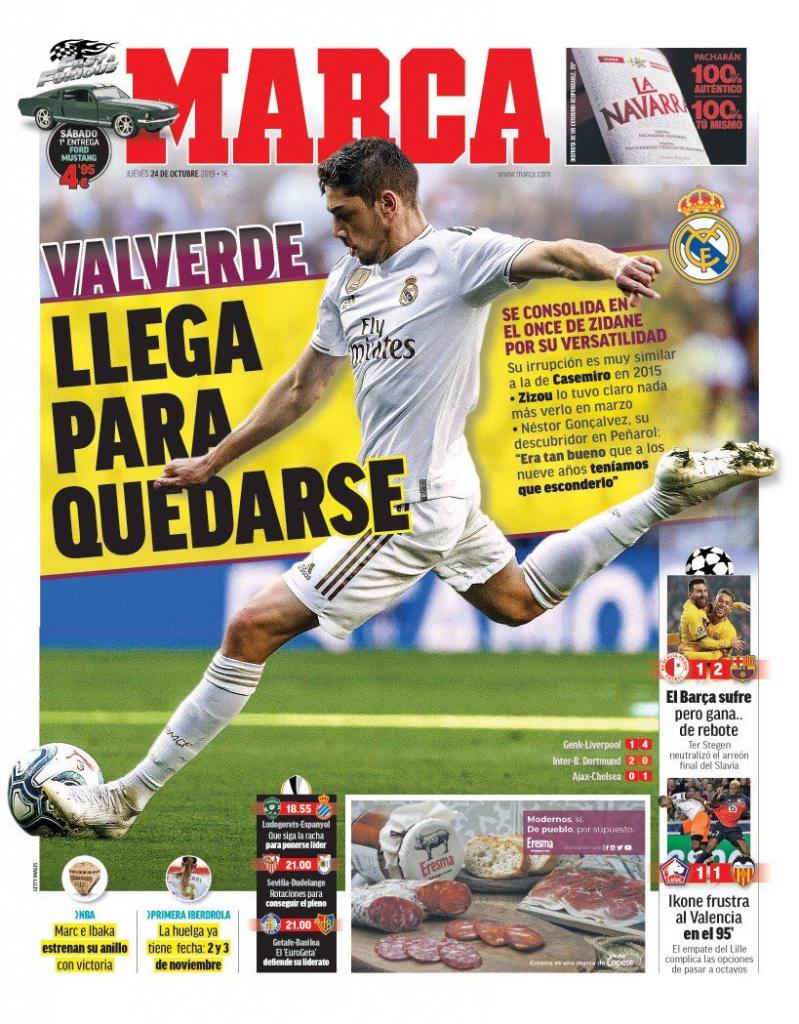 Valverde is here to stay

He consolidates himself in Zidane's XI for his versatility 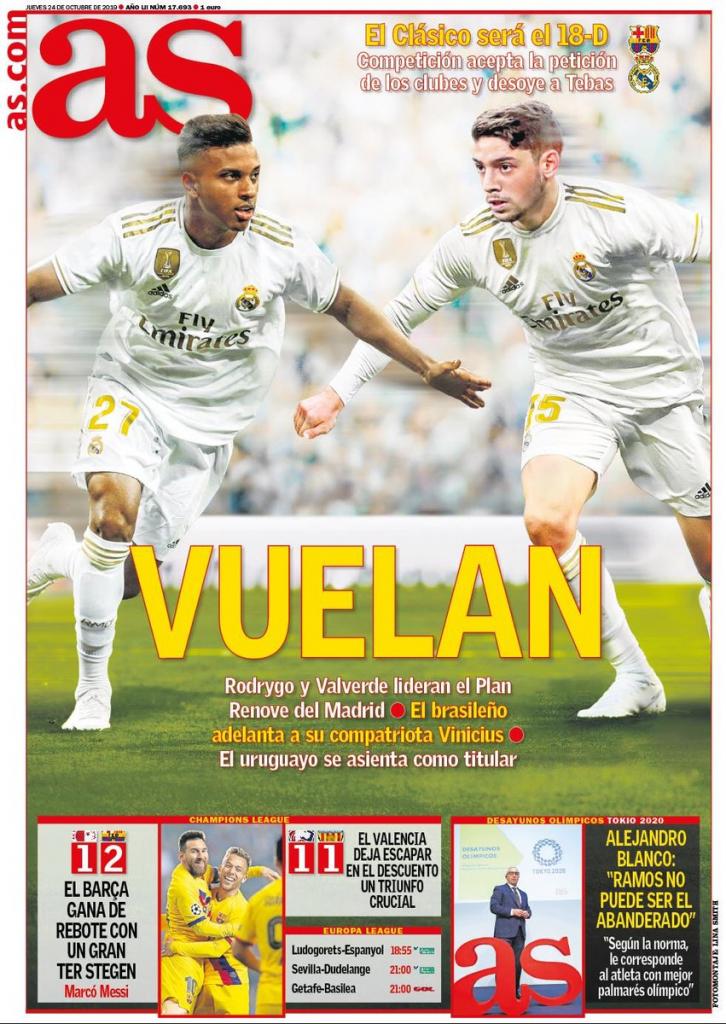 Rodrygo and Valverde lead the Madrid renovation plan, the Brazilian is ahead of his compatriot Vinicius, the Uruguayan is now a starter

Valencia let a crucial win escape at the end 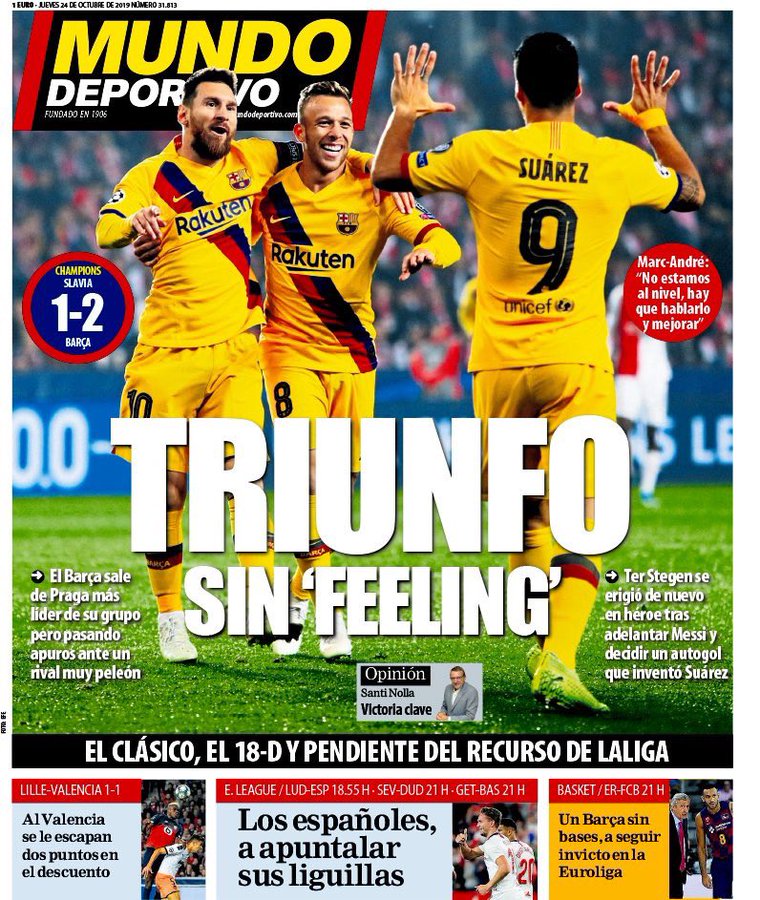 Barca top the group but had troubles against a tough rival, Ter Stegen the hero after Messi goal and own goal via Suarez

El Clasico, for 18 December unless La Liga block it