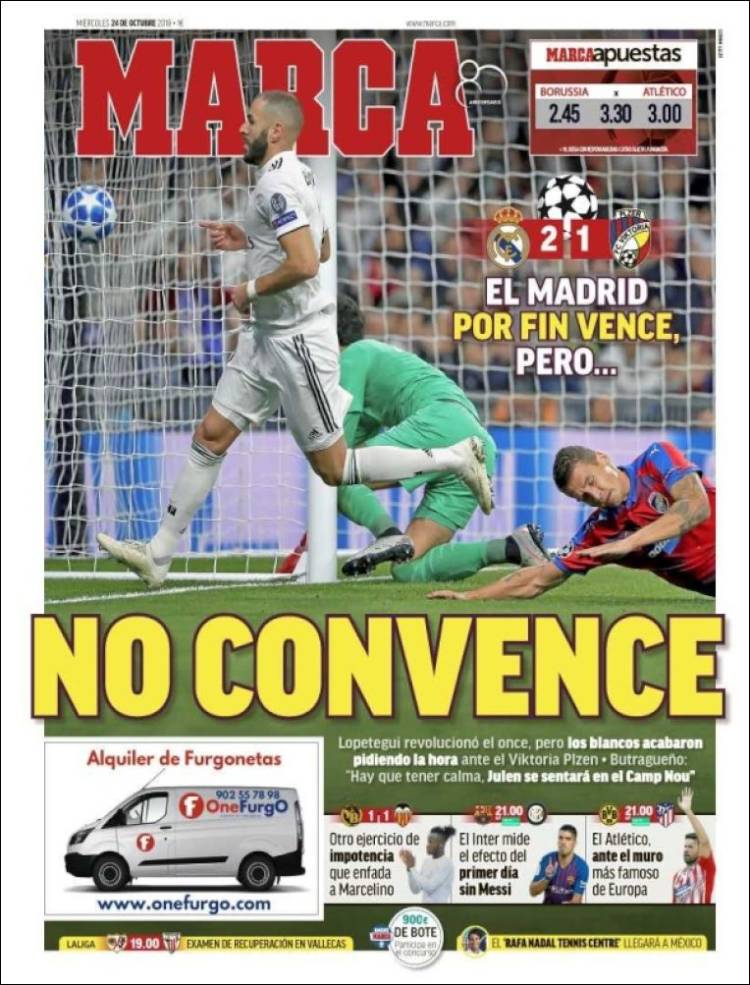 Lopetegui revolutionises XI but only just hangs on for victory

Another blunt Valencia which angers Marcelino

Inter measure the effect of the first game without Messi

Atleti against Europe's most famous wall 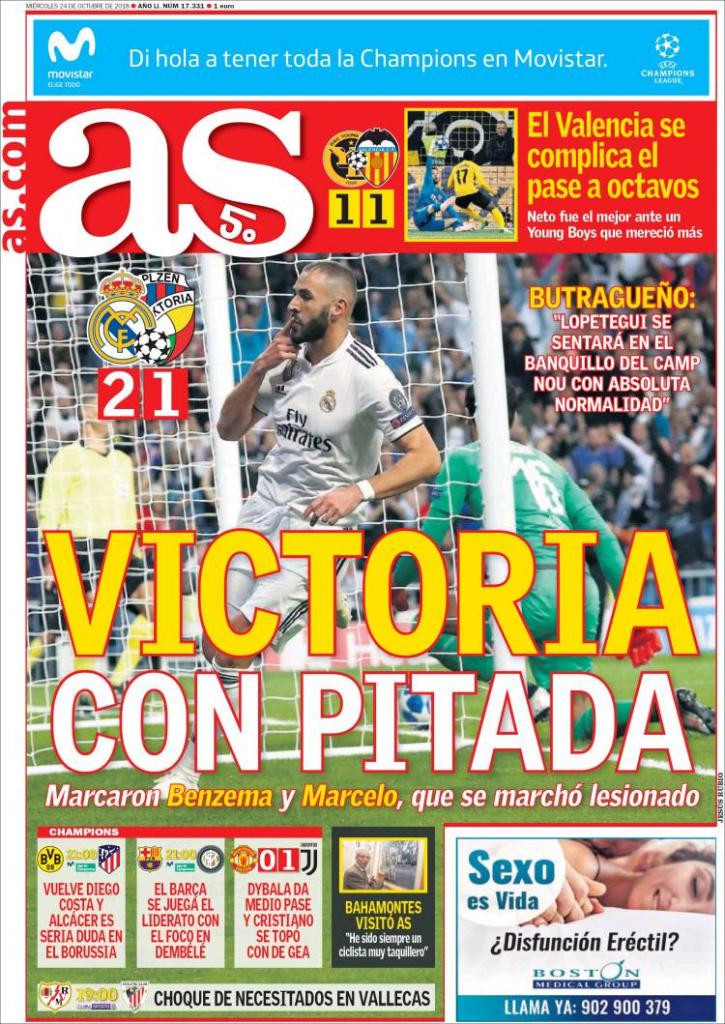 A victory with whistles

Goals by Benzema and Marcelo, who goes off injured

Butragueno: Lopetegui will sit on the bench at Barcelona like completely normal

Valencia complicate their path to the last 16

Barca play the leader with the focus on Dembele

Dybala puts Juve one step in the next round, De Gea stops Ronaldo

Match of the needy in Vallecas 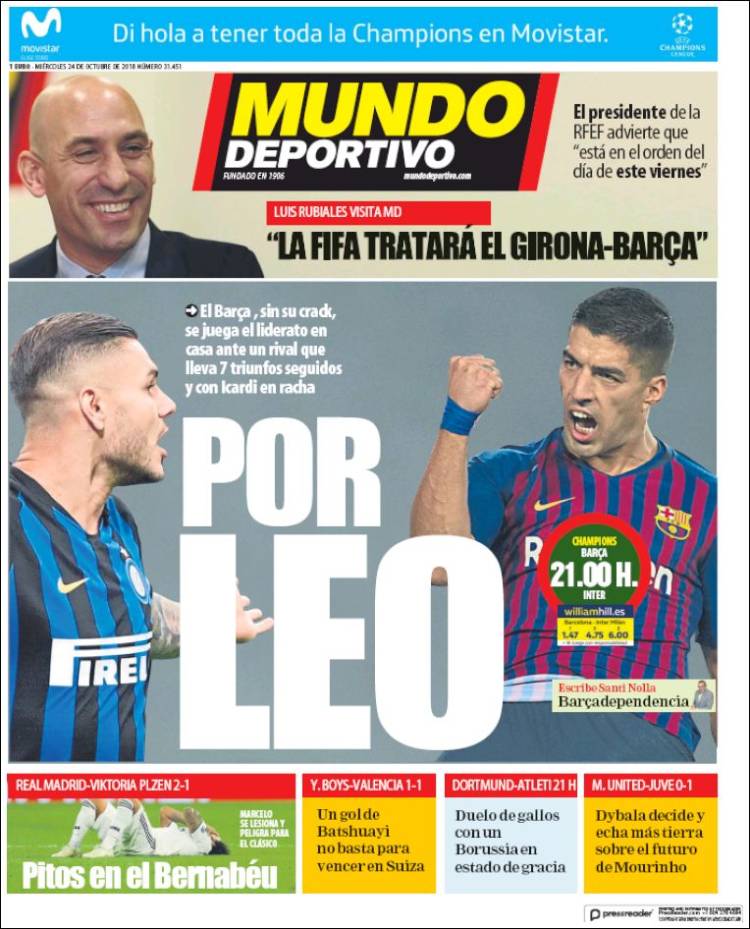 Barca, without their star, play serious challenger who have won seven in a row and who have Icardi on form

Whistles in the Bernabeu

Batshuayi's goal not enough for Valencia