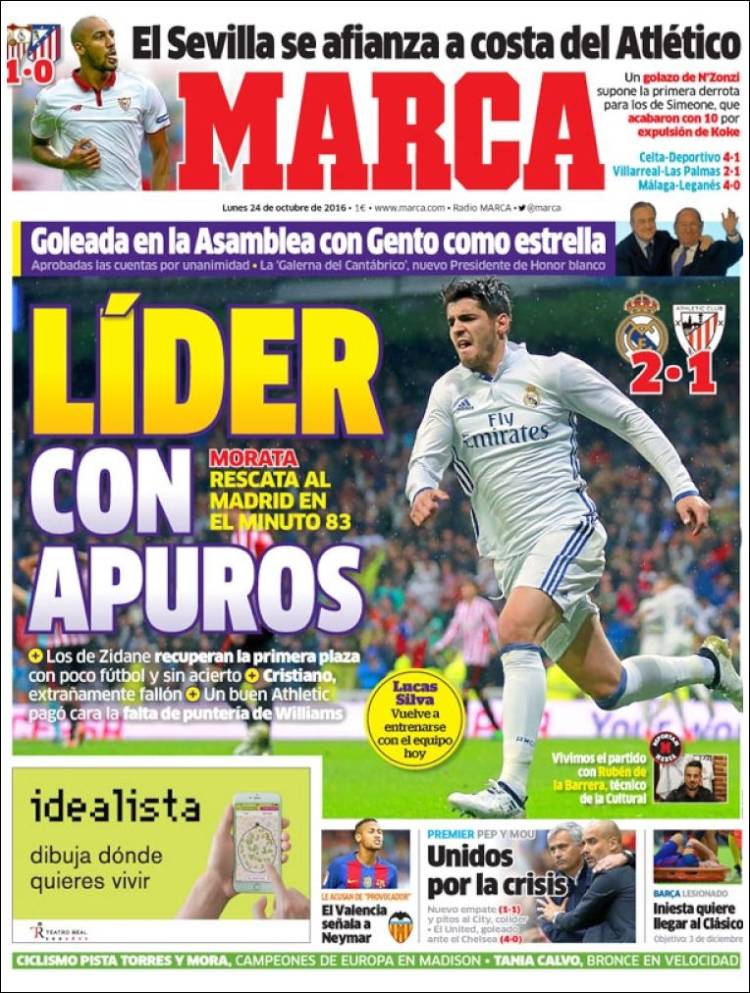 Zidane regains top spot but that was the only success

Lucas - returns to training with the team today

Sevilla win at the expense of Atletico - N'Zonzi's goal condemns Simeone's side to first defeat of season, went down to 10 men with Koke's red card

United for the crisis - Pep goes 5 without a win at City, Mourinho's United lose 4-0 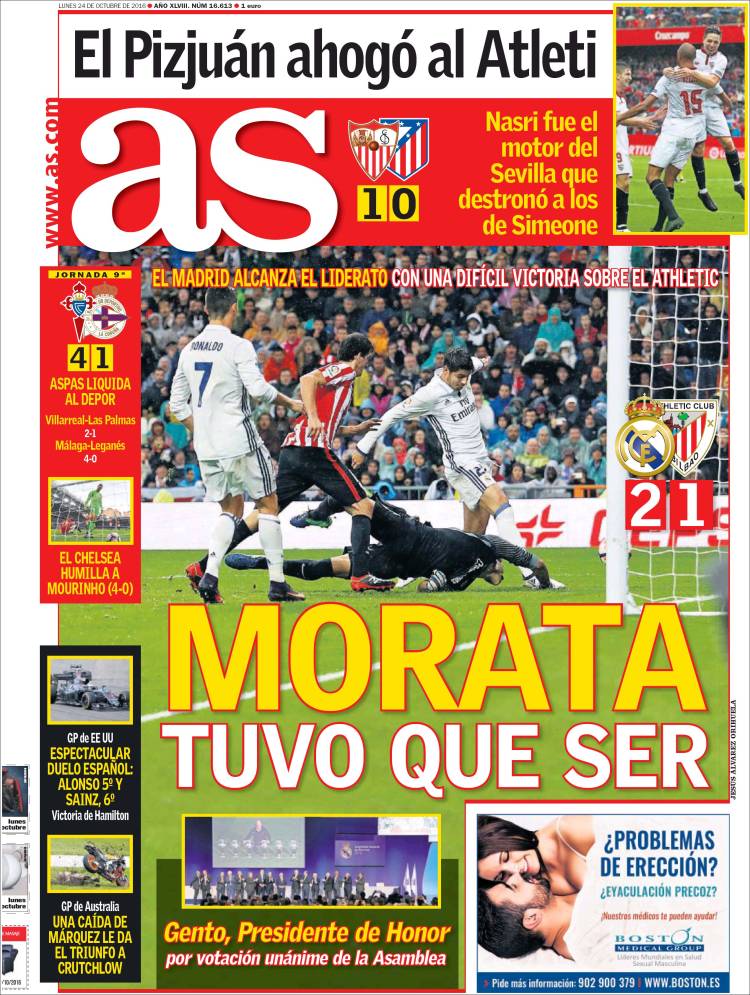 It had to be Morata!

RM reaches the summit with a win over Athletic Club

Mourinho humiliated at Chelsea in 4-0 defeat 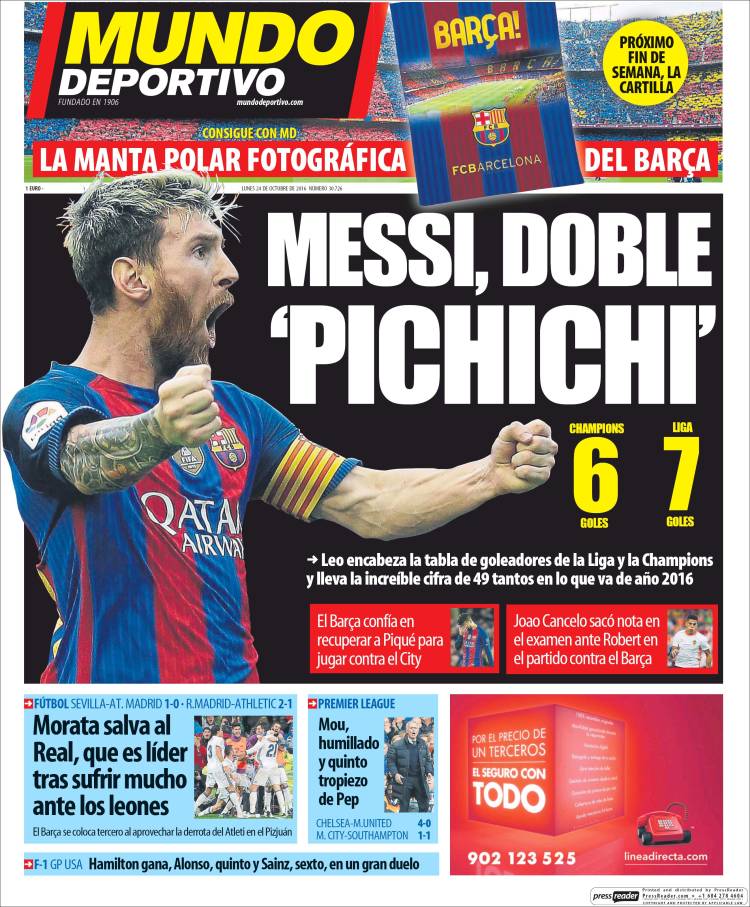 6 goals in Champions League, 7 in La Liga - nobody has more in either

He has scored an incredible 49 goals across 2016

Barca are confident Pique will be fit in time to face City, Cancelo impresses for Valencia against Barca

Morata saves RM - the new leaders after much suffering against the Lions, Atletico lose at Sevilla

Mourinho humiliated and five without a win for Pep