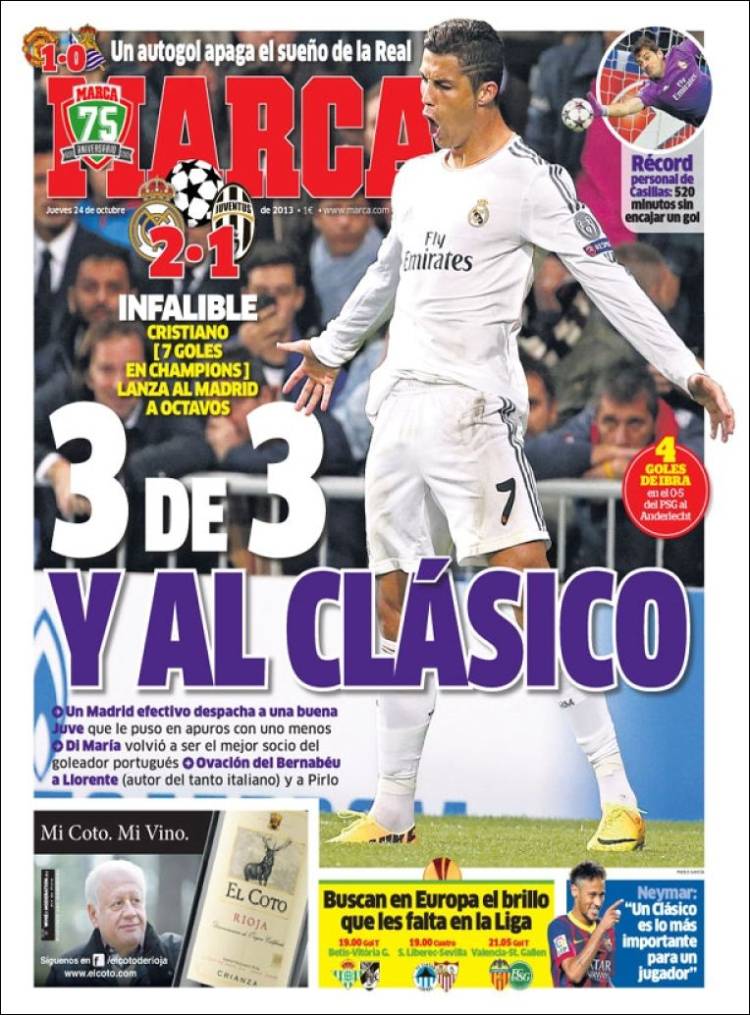 Three in three and onto the Clasico

Di Maria returned to play a key role alongside CR7

The Bernabeu gives standing ovations to Llorente and Pirlo

Unstoppable: Cristiano now has 7 goals in the Champions League as he gave them one foot in the knockout round

Personal record for Casillas: 520 minutes without conceding a goal

Ibra gets four goals as PSG win 0-5 in Anderlecht

Neymar: "A Clasico is the most important game for a player"

Looking to shine in the Europa League, which they are not doing in La Liga: Sevilla, Betis and Valencia 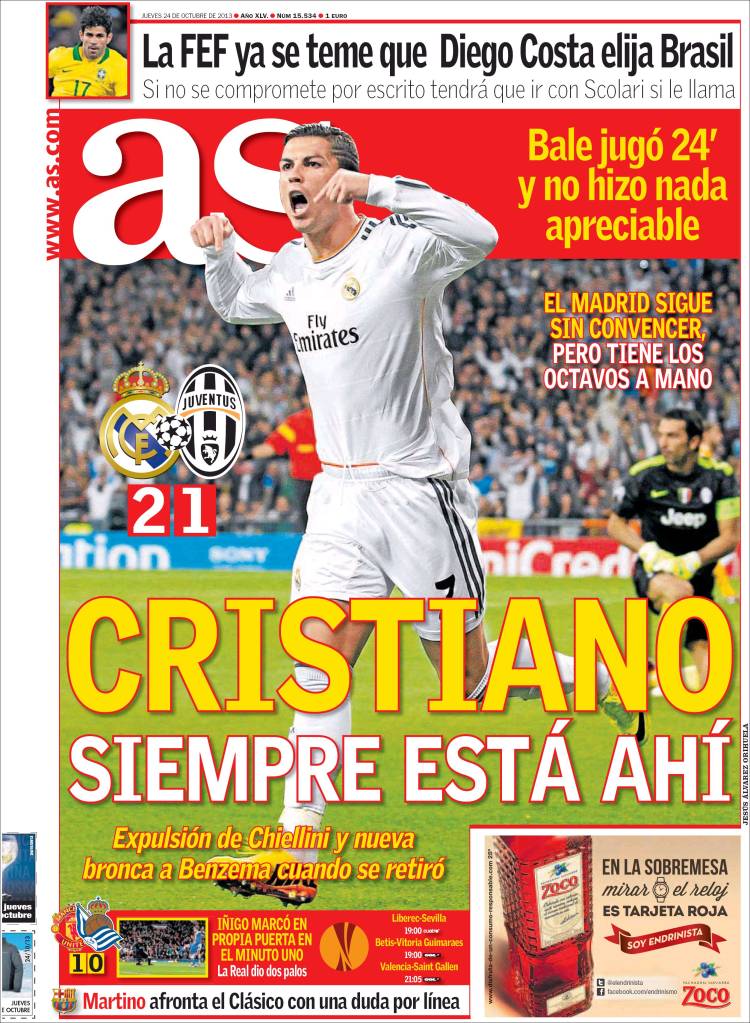 Cristiano is always there

Madrid continue not convincing, but, they have their foot in the knock out stages

Bale played 24 minutes and did not do nothing significant

The FEF fear that Diego Costa has chosen Brazil

Inigo scores an own-goal in the first minute

Martino confronting the Clasico with a doubt 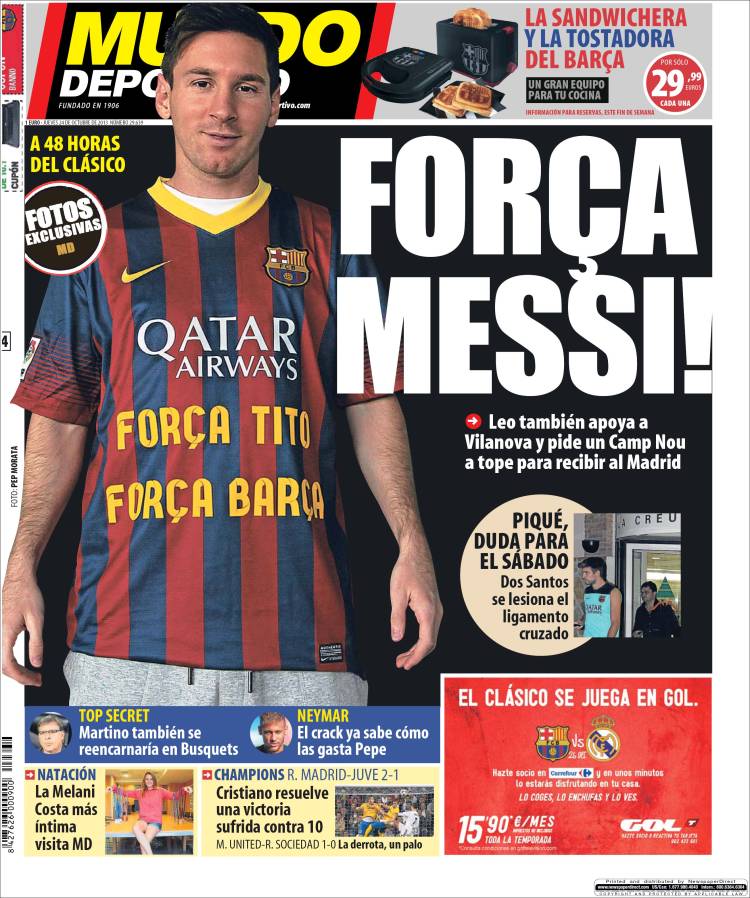 Pique a doubt for Saturday

Neymar: The star already knows how to get the best of Pepe