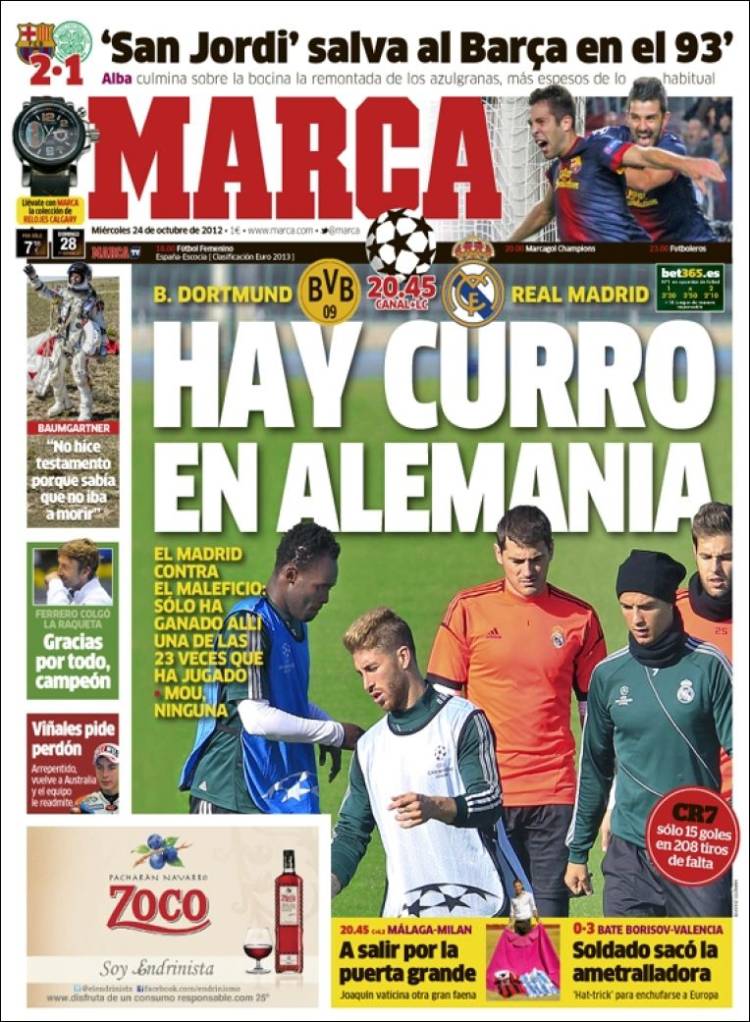 Madrid against the curse: they have only won once there in the last 23 games, Mou never

Malaga-Milan: To pass through the big door 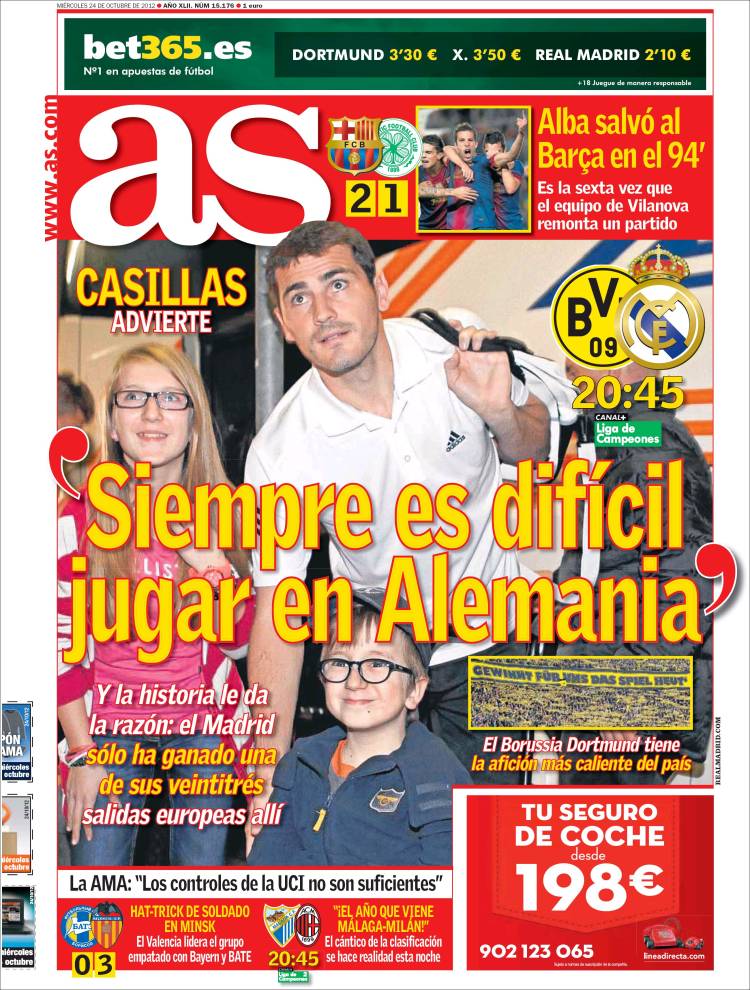 Borussia Dortmund have the most intimidating crowd in the country

Valencia lead the group level with Bayern and BATE 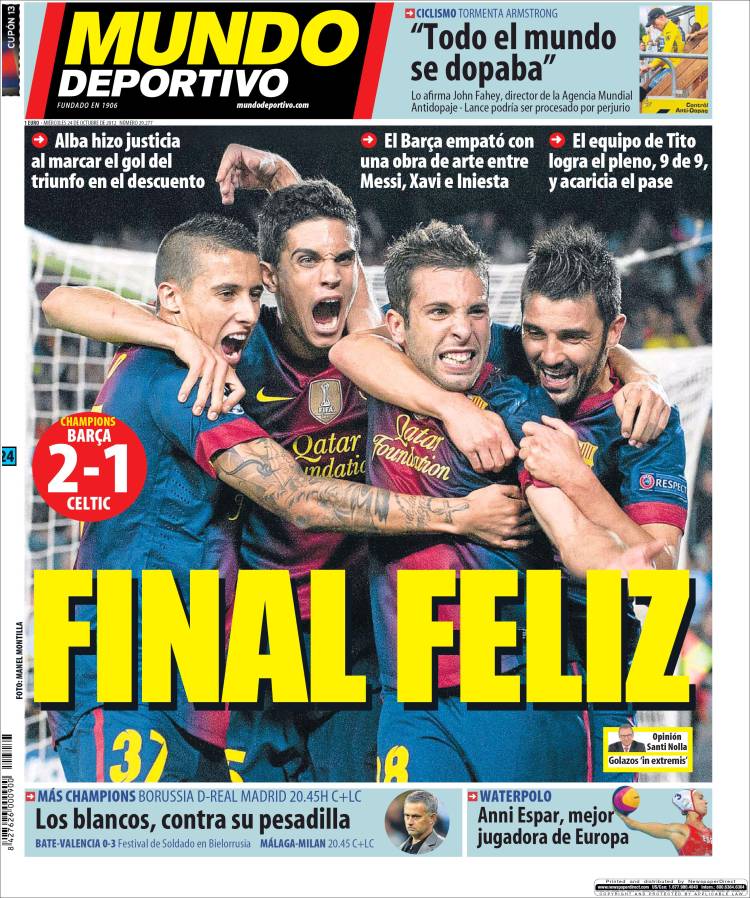 Alba achieves justice by scoring the winner in stoppage time

Barca level through a work of art between Messi, Xavi and Iniesta

Tito’s team is nine points from nine and almost through

Los Blancos, up against their nightmare