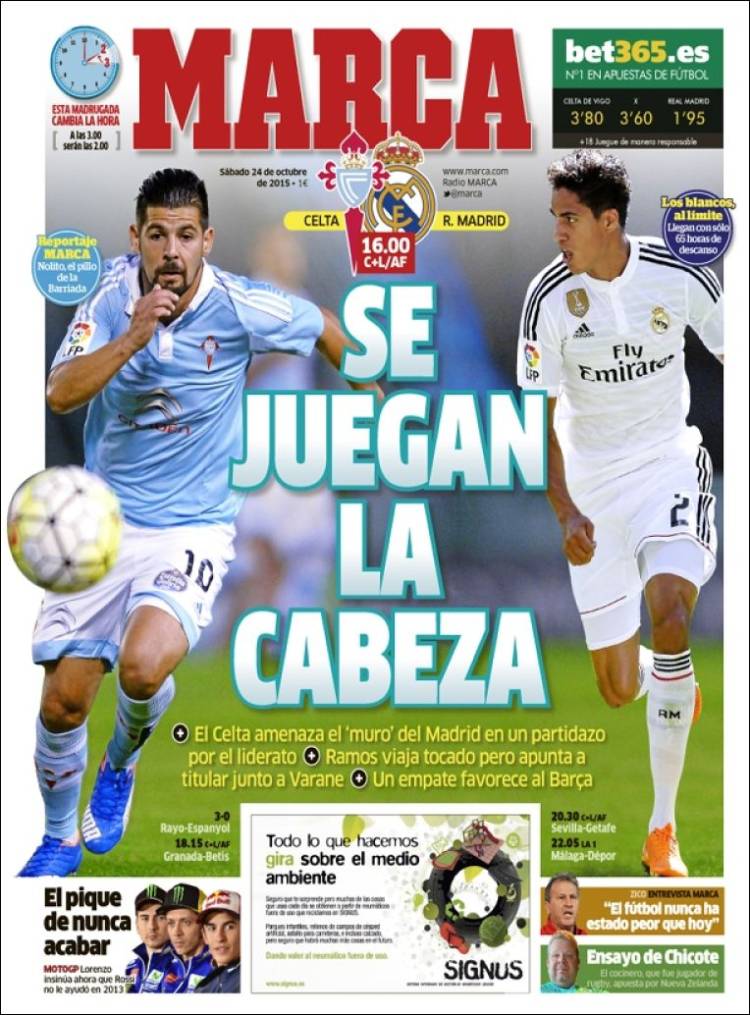 Playing for the lead

Ramos is not fully fit but aims to start alongside Varane

Zico: “Football has never been as bad as it is today” 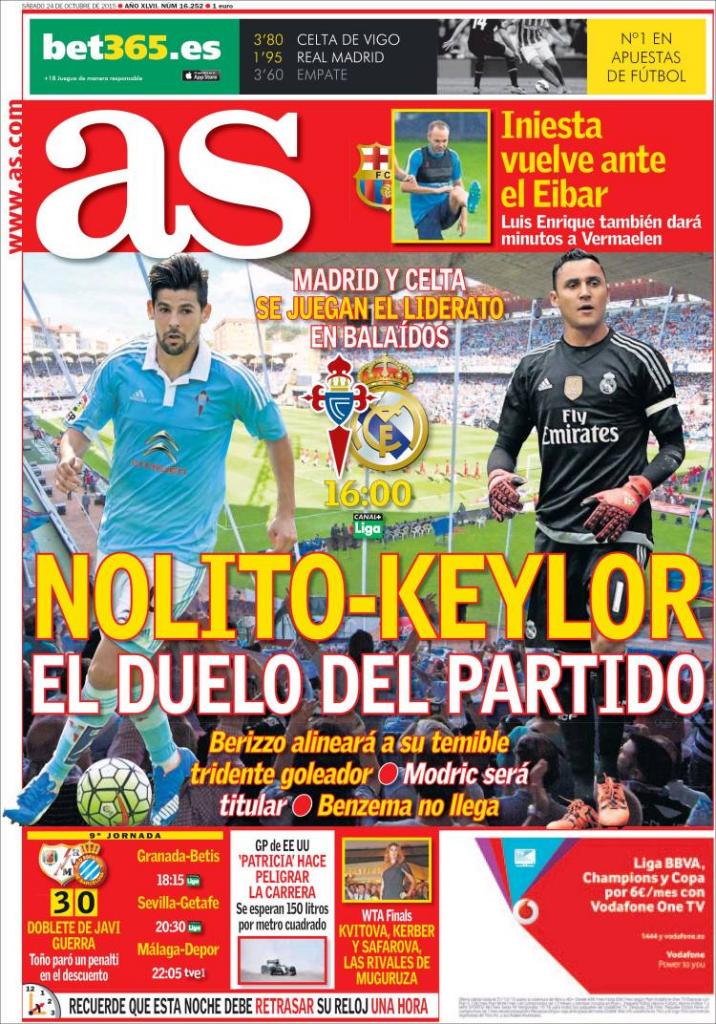 The duel of the match

Madrid and Celta play for the lead at Balaidos

Benzema does not make it

Iniesta to return against Eibar

Luis Enrique will also give minutes to Vermaelen 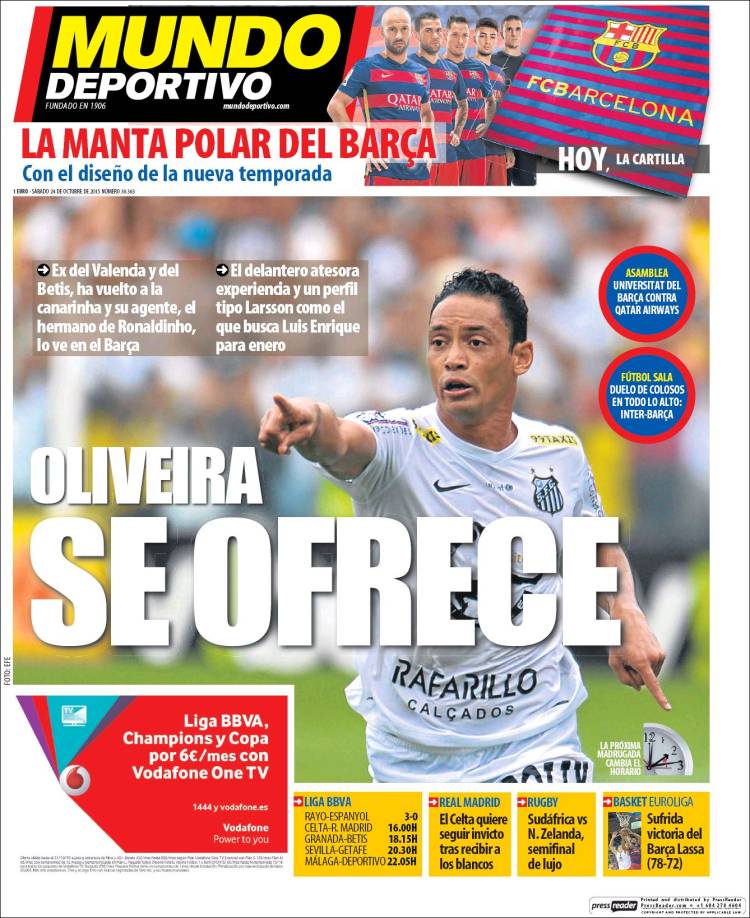 The former Valencia and Betis striker has returned to the Brazil squad and his agent, Ronaldinho’s brother, sees him at Barca