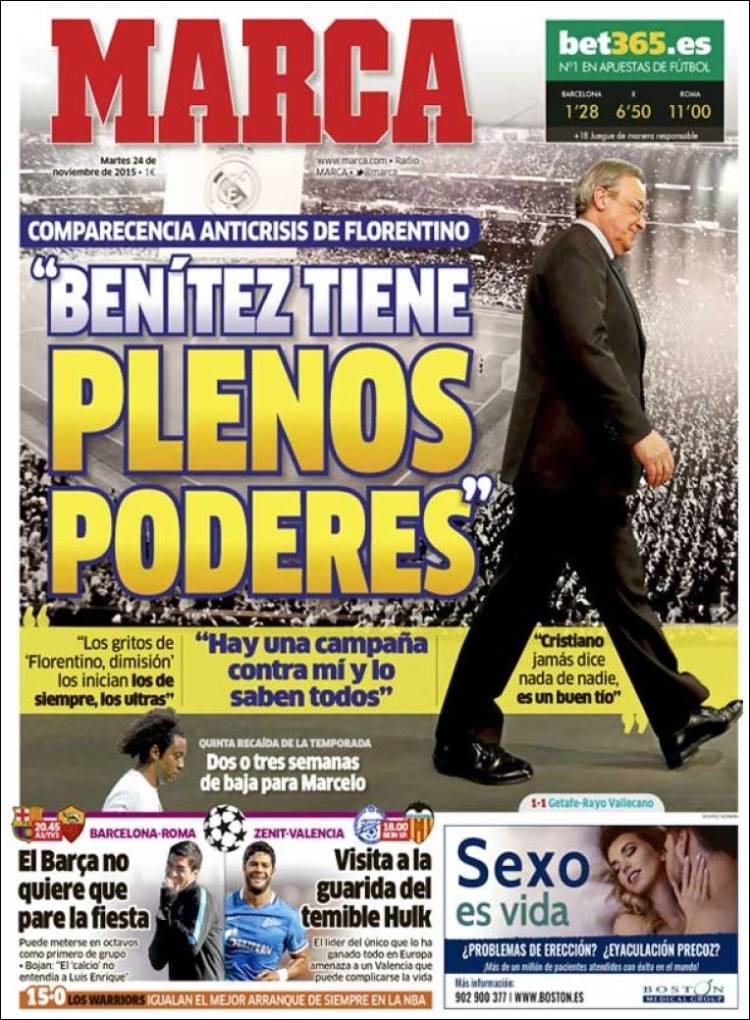 “The chants of ‘Florentino, resign’ started as always, by the ultras”

“There is a campaign against me and everyone knows it”

They can reach the second round top of the group

Visit to the lair of the dreaded Hulk 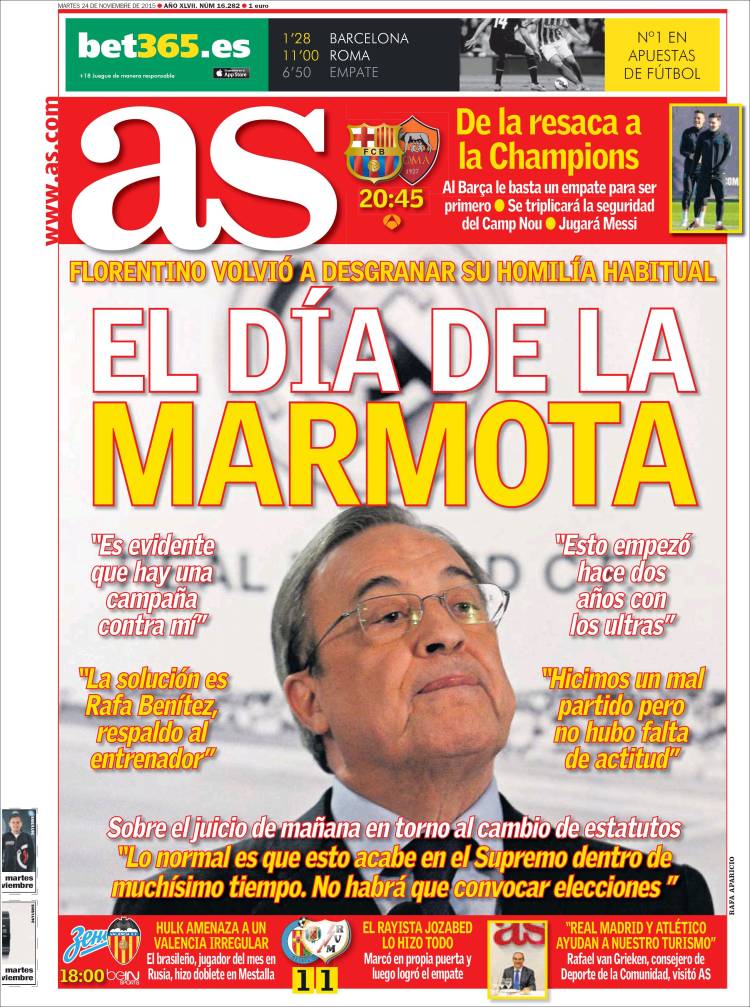 Florentino returned to reel off his usual homily

“It’s obvious there’s a campaign against me”

“The solution is Rafa Benitez, support to the Coach”

“This began two years ago with the ultras”

From the hangover to the Champions League

A draw is enough for Barca to be first

Camp Nou security will be tripled

Rayo’s Jozabed did it all

Rafael van Grieken, director of Sport for the Community, visits AS 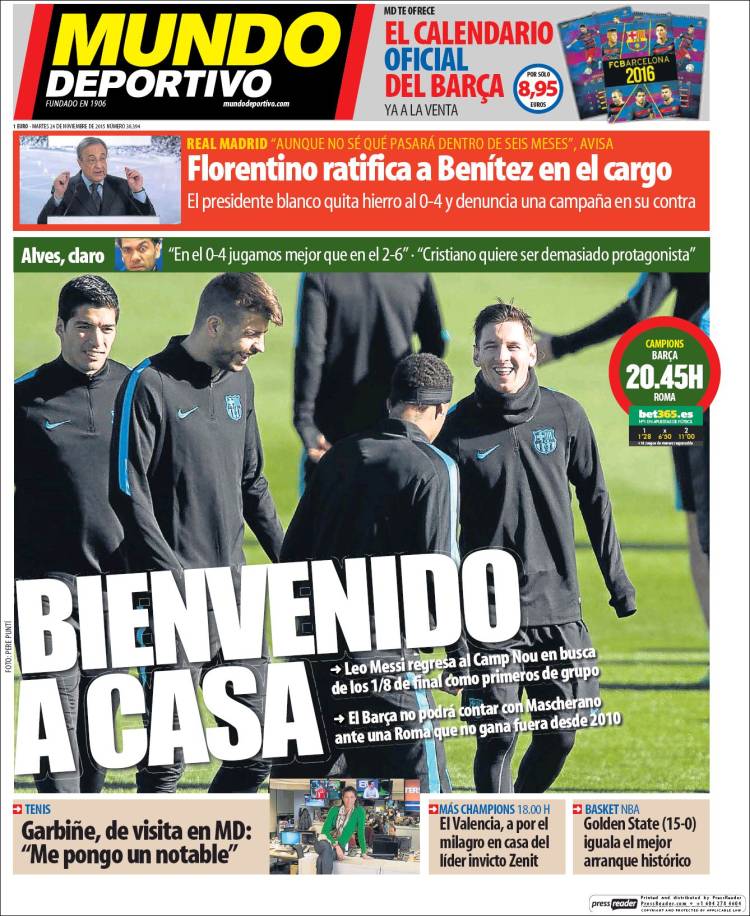 “Although I don’t know what will happen in six months,” he warns

“Cristiano wants too much to be the protagonist”

Valencia, by a miracle at the home of invincible leader Zenit