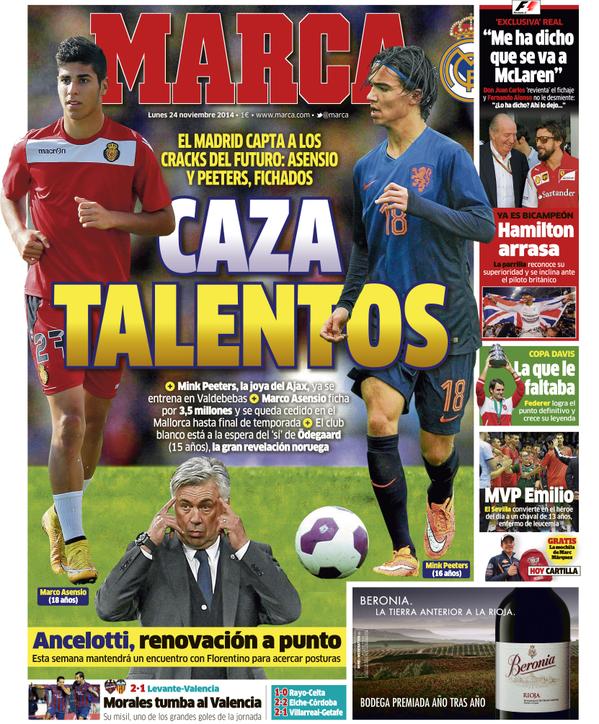 Madrid capture the stars of the future: Asensio and Peeters, signed

Marco Asensio signs for €3.5m and will remain on loan at Mallorca until the end of the season

Los Blancos are waiting for the ‘yes’ from Odegaard (aged 15), the great Norwegian revelation

Morales brings down Valencia: his missile, one of the great goals of the weekend’s games 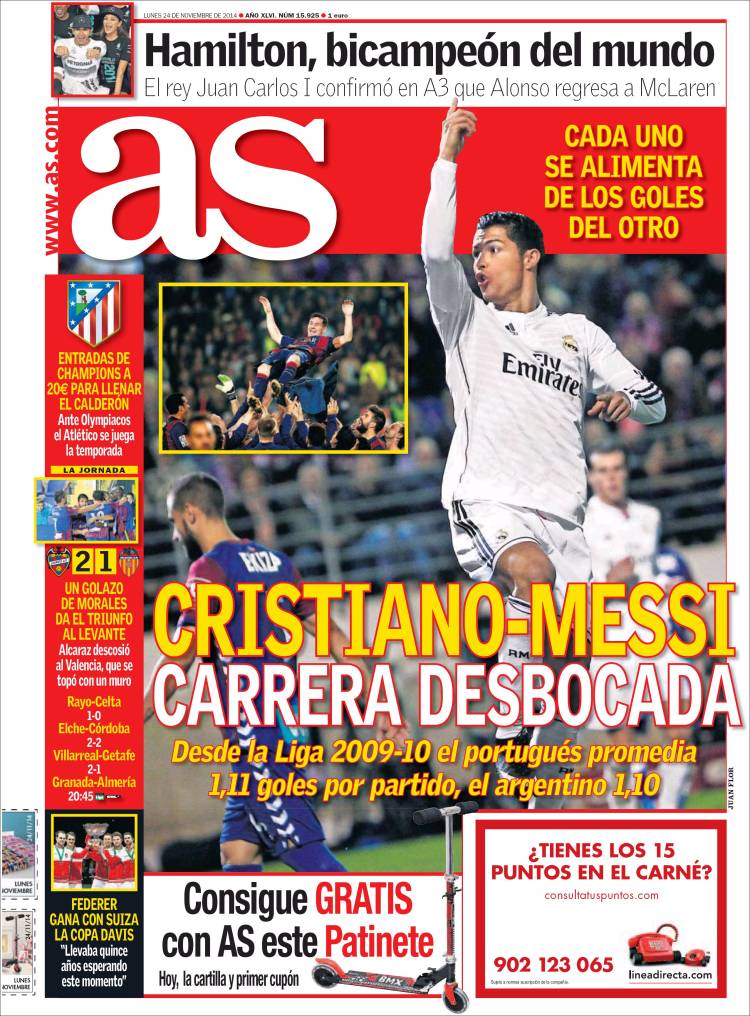 Both feed on the other’s goals

Atletico are playing for their season against Olympiacos

Alcaraz picks apart Valencia, who run into a wall 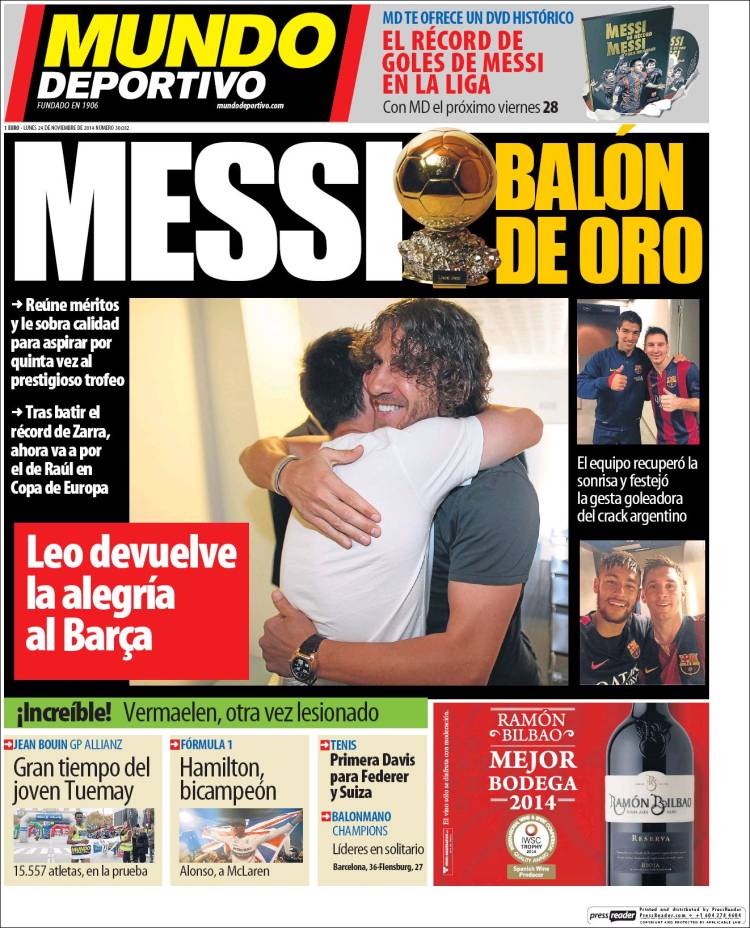 Leo returns the joy to Barca

After beating Zarra’s record, he is now going for Raul’s European Cup record