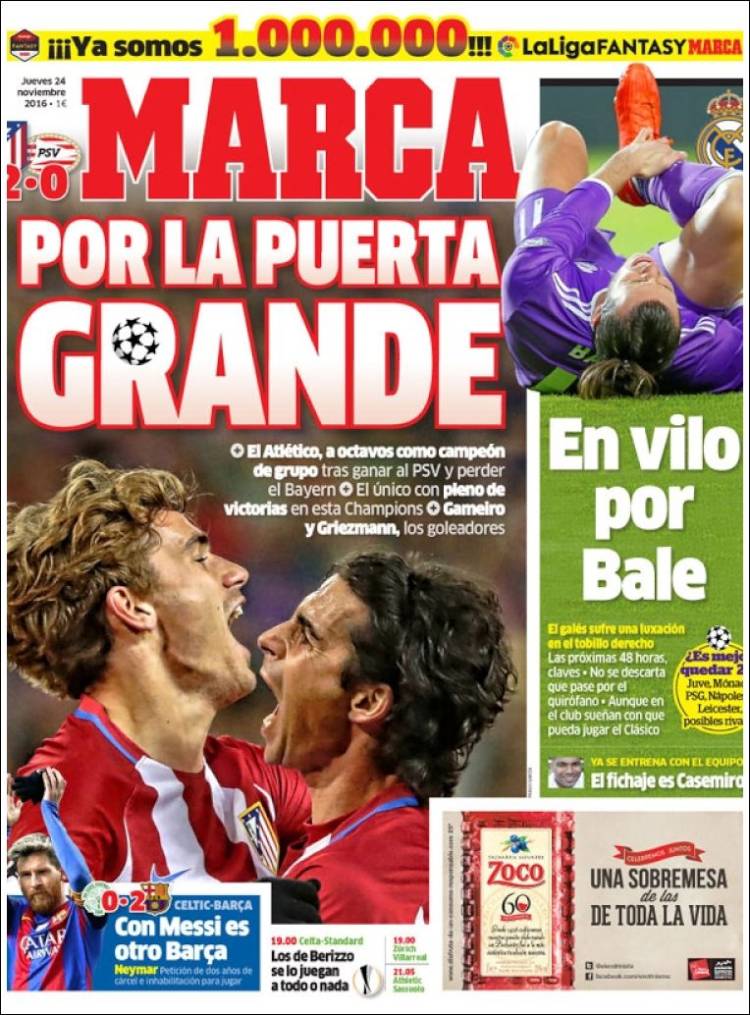 Through to the next stage

Atletico win their group by beating PSV after Bayern loss, the only teamto win all 5 CL games, Gameiro and Griezmann the scorers

On tenterhooks with Bale - next 48 hours key, surgery not ruled out, although at RM they are optimistic he will play in El Clasico

Is it better for RM to finish 2nd in their group? Potential opponents: Juve, Monaco, PSG, Napoli and Leicester

Appeal to give Neymar 2-year sentence

Celta v Standard - for Berizzo it's all or nothing 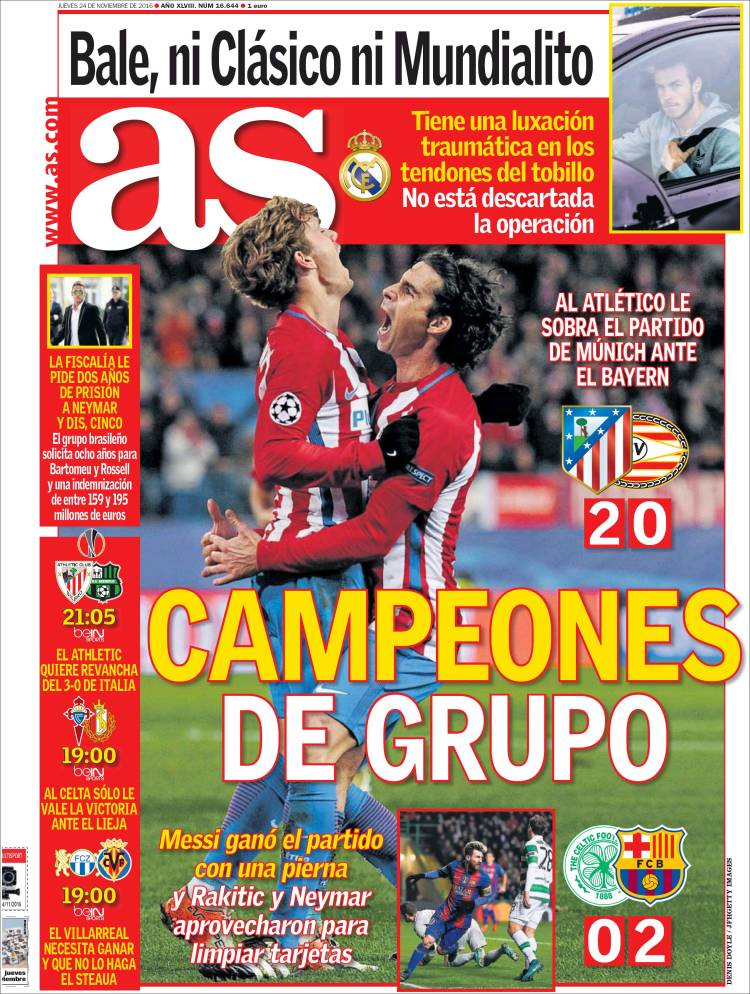 Bale out of El Clasico and the Club World Cup - with trauma to the tendons in his ankle, surgery has not been ruled out

Celta v Standard Liege - Celta only the one victory against Liege 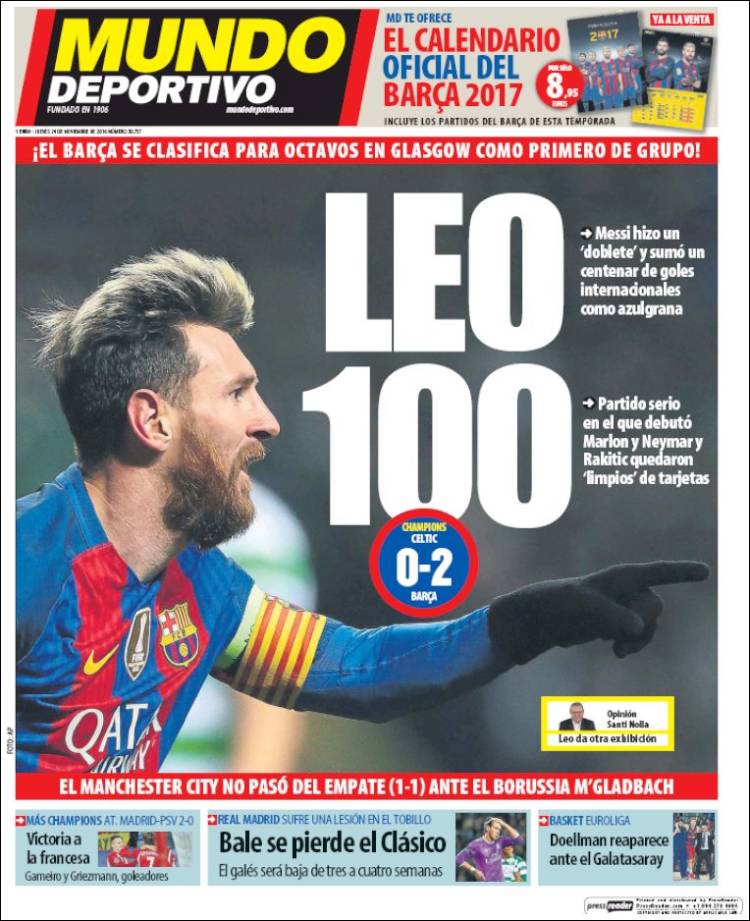