Today's front-page football headlines from Marca, AS and Mundo Deportivo 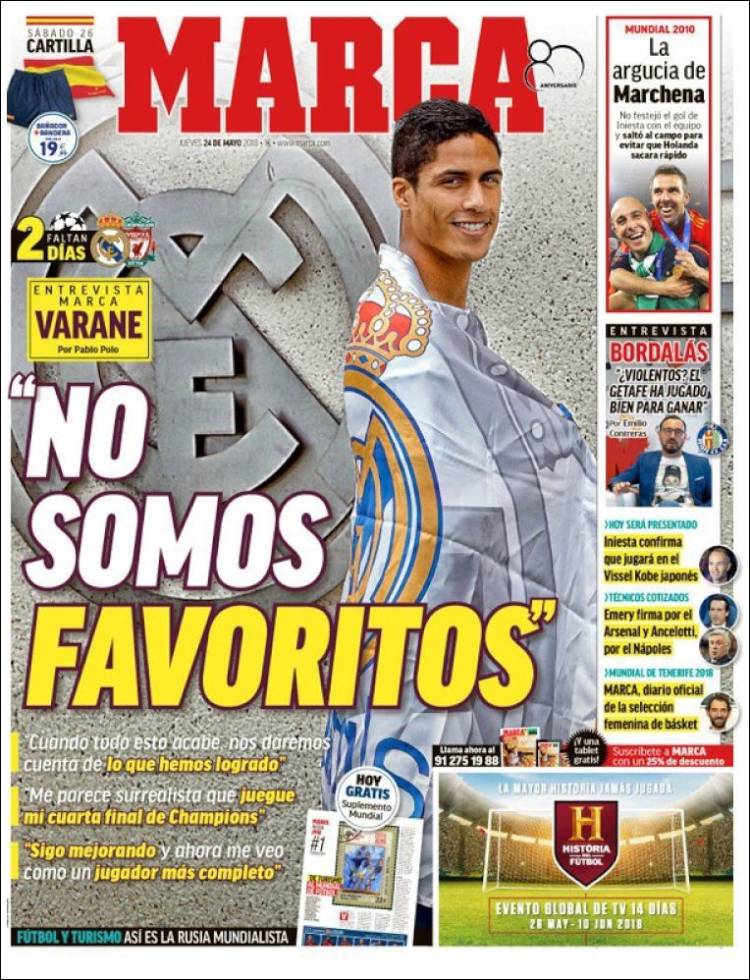 “We are not favourites”

Marchena’s trickery: He didn’t celebrate Iniesta’s goal with the team but ran onto the pitch to avoid Holland kicking off quickly

He will be presented today: Iniesta confirms he will play at Japanese side Vissel Kobe

Coveted Coaches: Emery signs for Arsenal and Ancelotti for Napoli 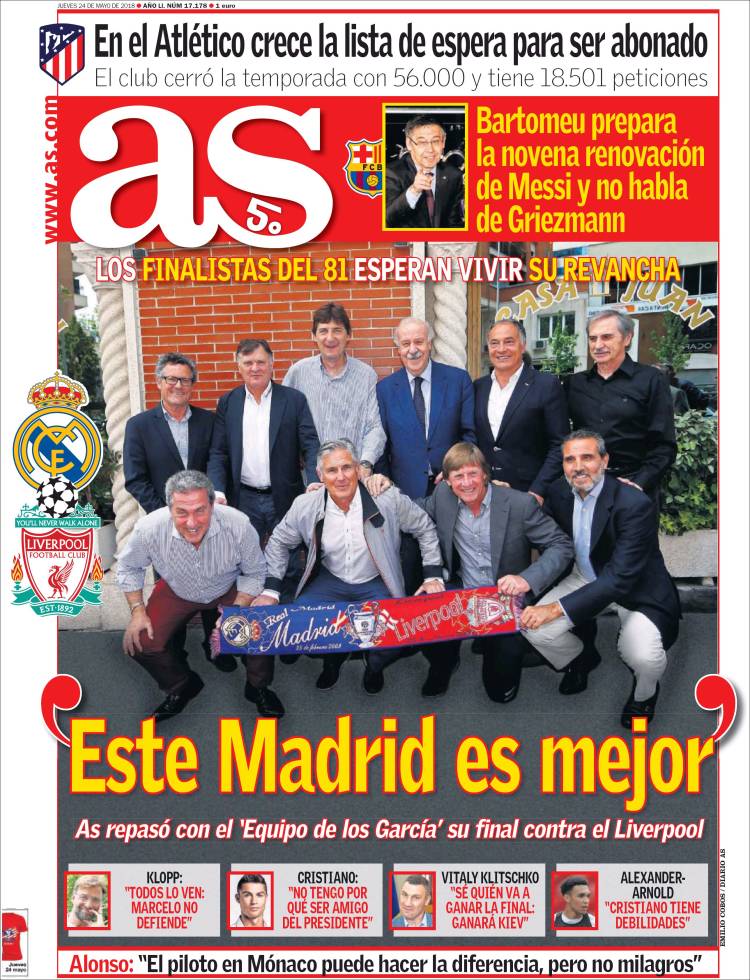 “This Madrid is better”

The finalists of 81 hope to get their revenge

AS reviews the final against Liverpool with ‘Garcia’s team’

The waiting list to become an Atletico member grows

Klopp: “Everyone can see it; Marcelo can’t defend”

Cristiano: “I don’t have to be a friend of the President”

Vitaly Klitschko: “I know who is going to win the final: Kiev will win” 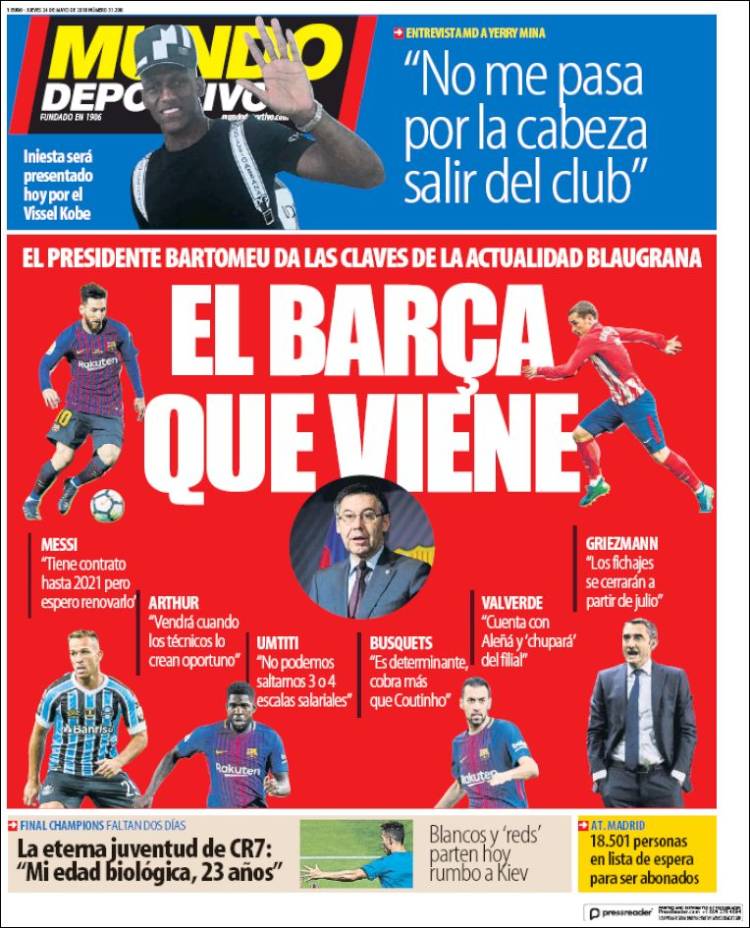 The Barca to come

President Bartomeu gives the key points to the current Barcelona

Arthur: “He will come when the coaches believe it opportune”

Umtiti: “We can’t go up three or four salary scales”

Busquets: “He is decisive. He will earn more than Coutinho”

Valverde: “He is counting on Alena and ‘Chupara’ from the reserves”

Griezmann: “The signings will be closed at the end of June”

Iniesta will be presented today by Vissel Kobe

Interview with Yerry Mina: “It doesn’t enter my head to leave the club”

Whites and reds set off today on the road to Kiev

Atletico Madrid: 18,501 people on the waiting list to become members