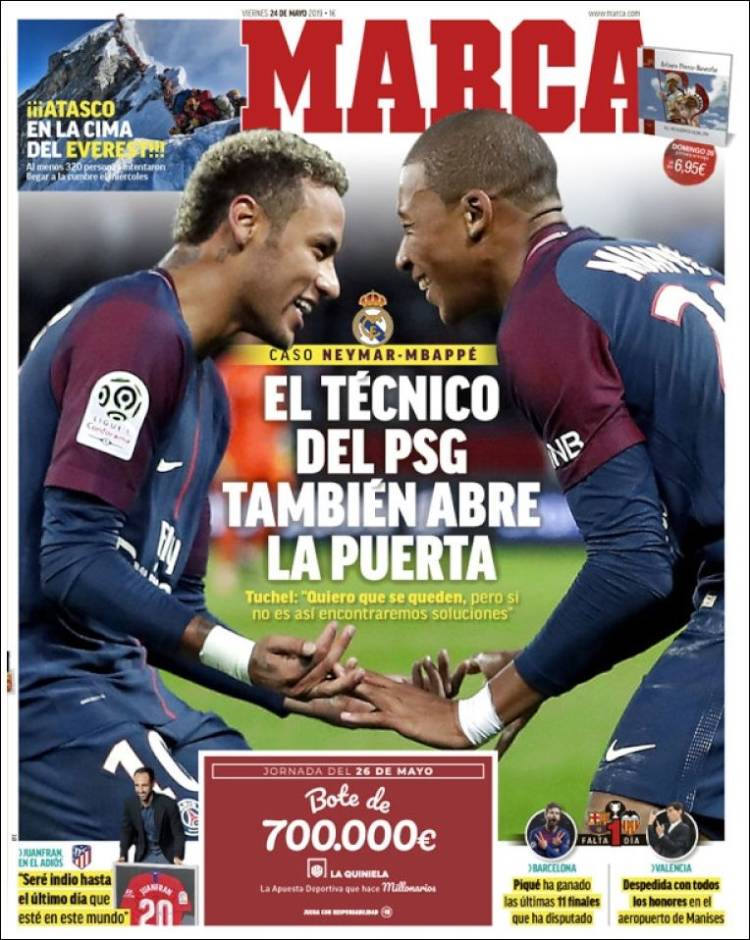 The manager of PSG also opens the door

Tuchel: I want for them to stay, but if it's not like that we will find solutions

Valencia bid farewell with cheers ahead of Copa final 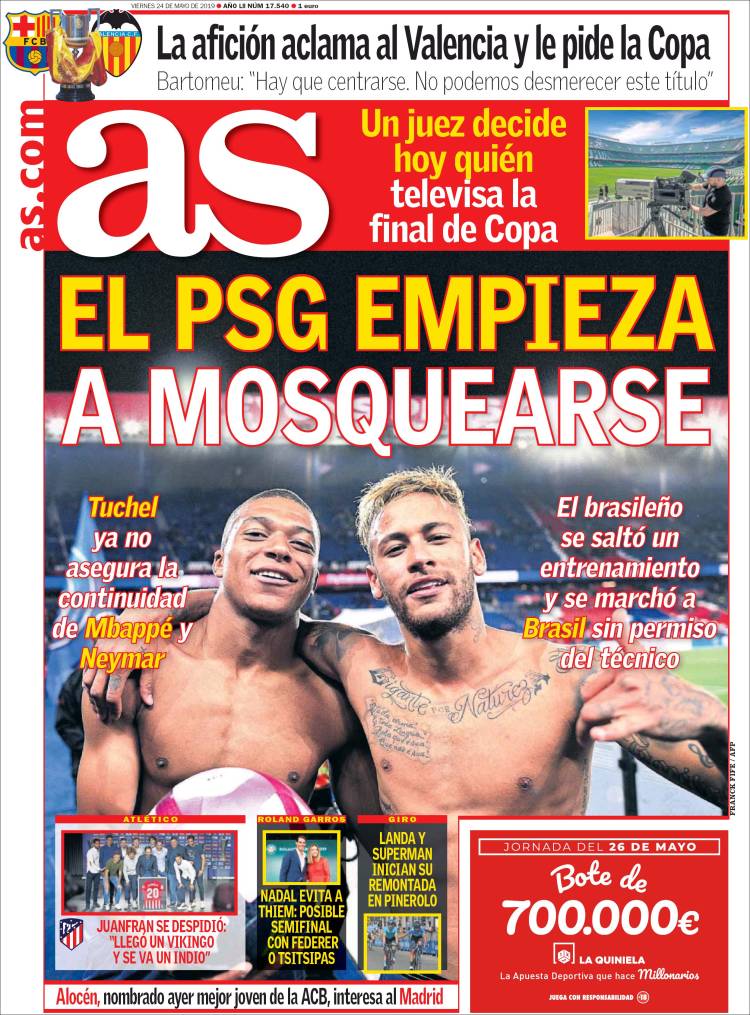 PSG start to get angry

The fans cheer Valencia and ask for the Copa

A judge decides today who televises the final

Juanfran: I arrived a Viking and leave an Indian 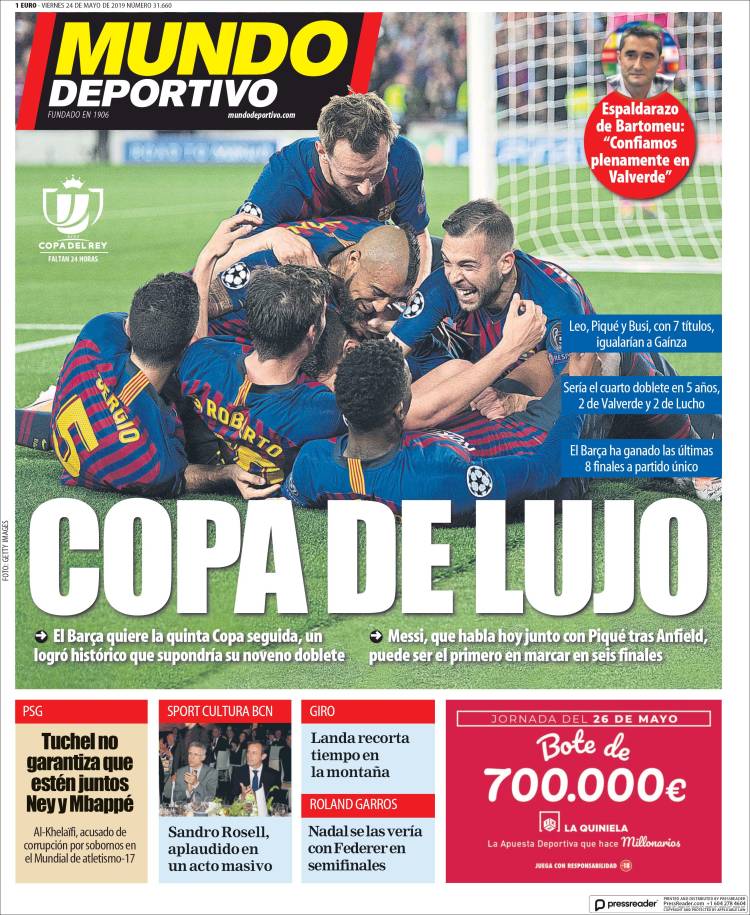 Barca want their fifth consecutive trophy, a historical achievement that would mean its ninth double, Messi, who speaks today with Pique after Anfield, would be the first to score in six finals

Bartomeu: We are fully confident in Valverde

Tuchel doesn't guarantee Neymar and Mbappe will be together