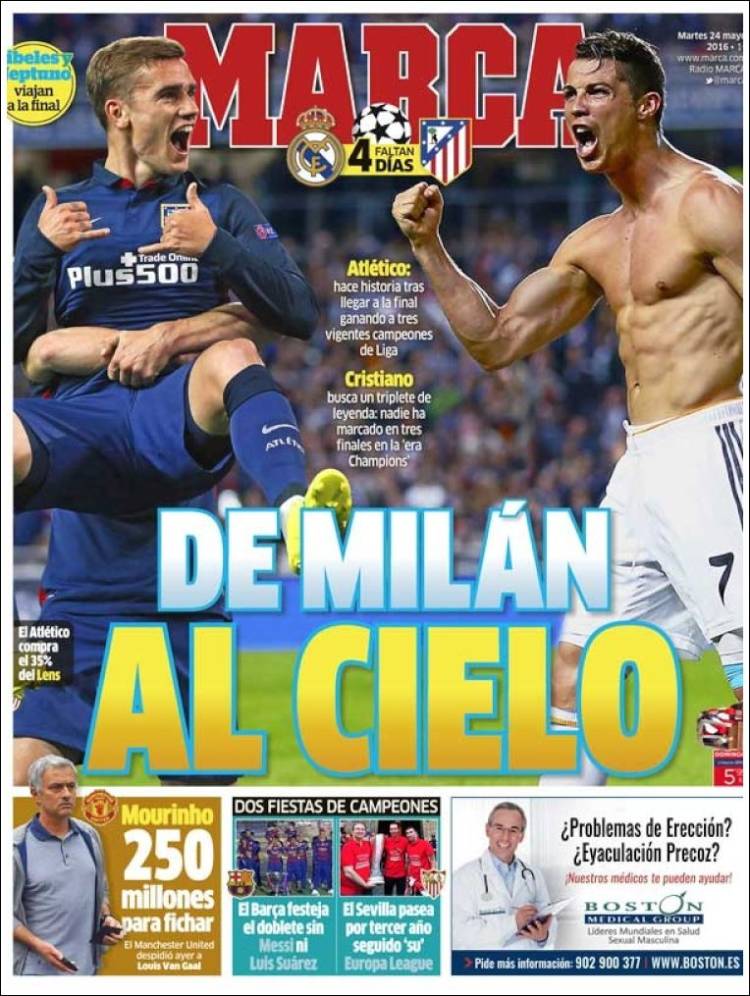 Atletico: Makes history after reaching the final by beating three current champions of their Leagues

Cristiano looking for a hat-trick of a legend: no one has scored in three finals in the ‘Champions League era’

From Milan to heaven

Barca celebrate the double without Messi or Luis Suarez 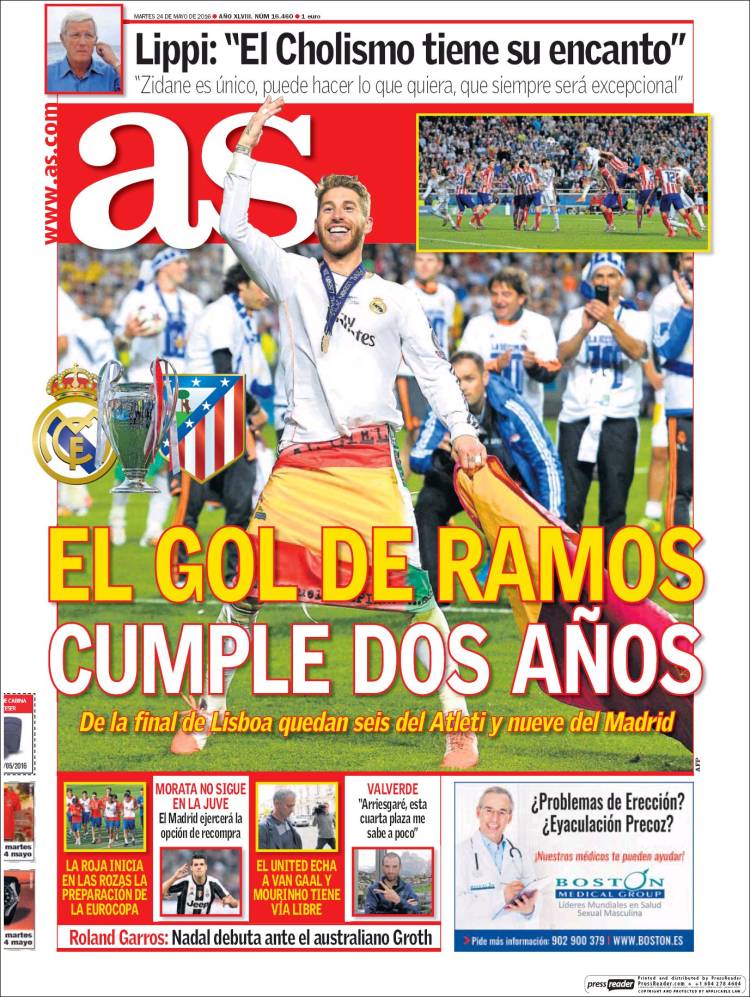 Lippi: “Cholismo has its charm”

“Zidane is unique, he can do whatever he wants, it will always be exceptional”

Six Atleti and nine Madrid remain from the final is Lisbon

Madrid will exercise their repurchase option 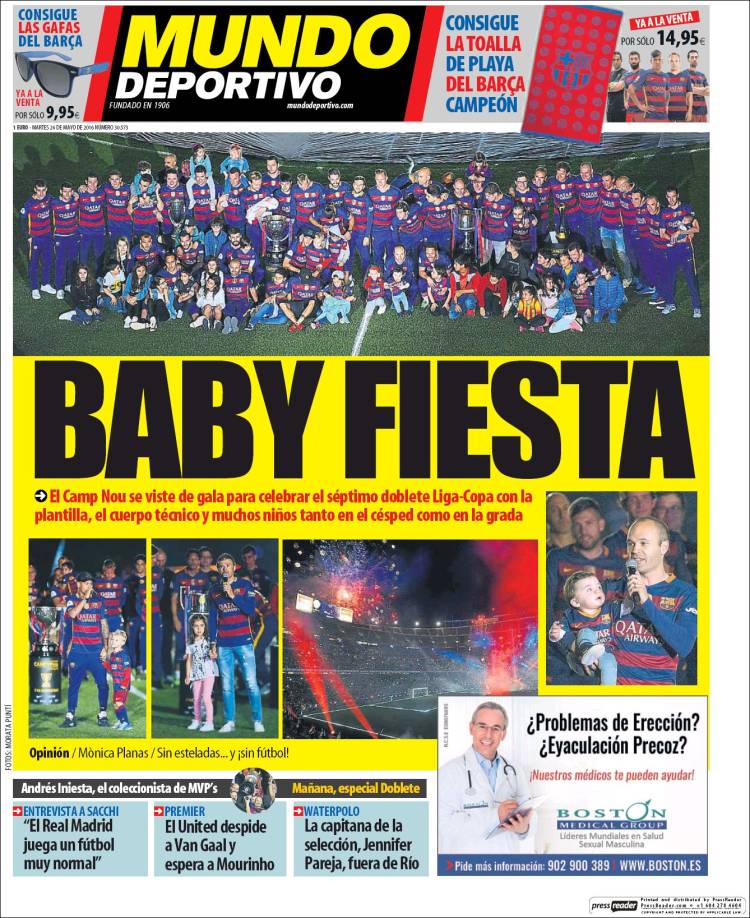 Camp Nou is decked out to celebrate the seventh La Liga-Copa del Rey double with the squad, the coaching staff and a lot of children both on the pitch and in the stands

Andres Iniesta, the collector of MVPs

United get rid of Van Gaal and wait for Mourinho