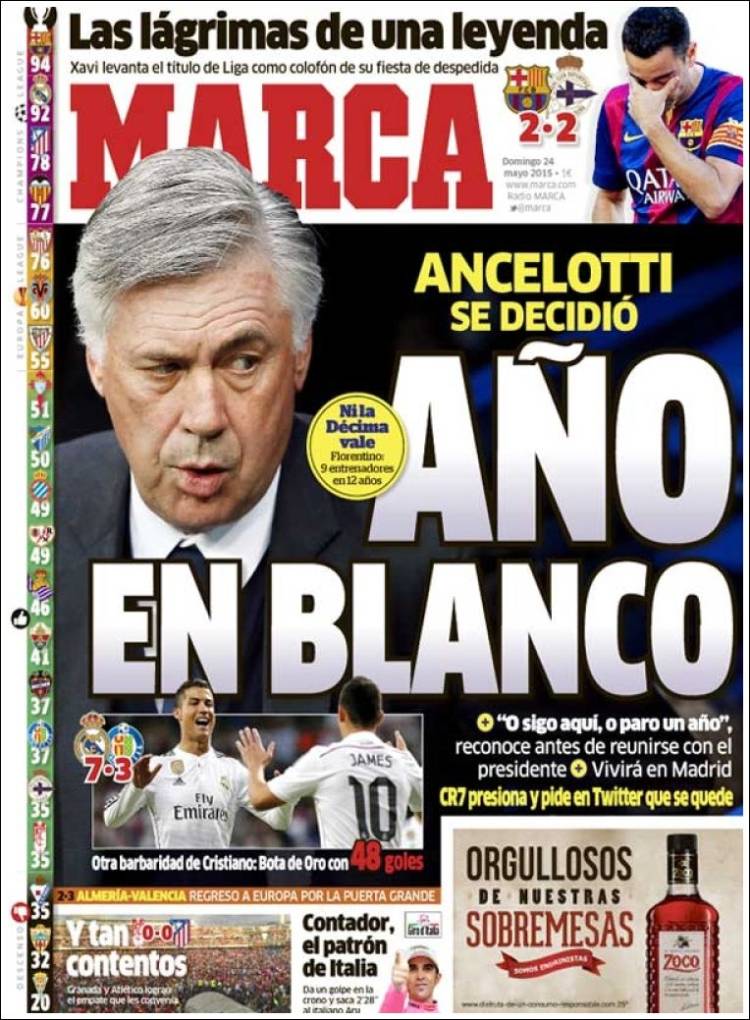 The year in white

“Either I carry on here or I stay a year”, he acknowledges before meeting the President

He will live in Madrid

The tears of a legend

Another cruelty for Cristiano: Golden Boot with 48 goals

Almeria-Valencia: a return to Europe through the big door

And so happy: Granada and Atletico get the result they wanted 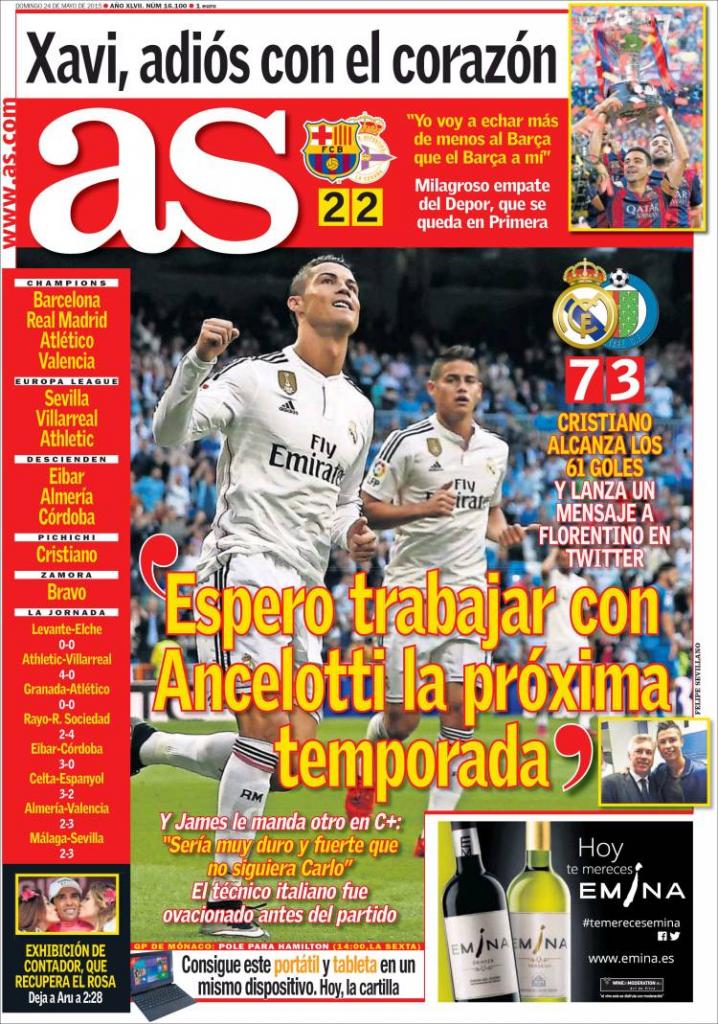 “I hope to work with Ancelotti next season”

James sends another message on Canal Plus: “It would be very hard and a big blow if Carlo didn’t continue”

The Italian Coach received an ovation before the game

Xavi, goodbye with the heart

Depor miracle draw, which keeps them in La Primera 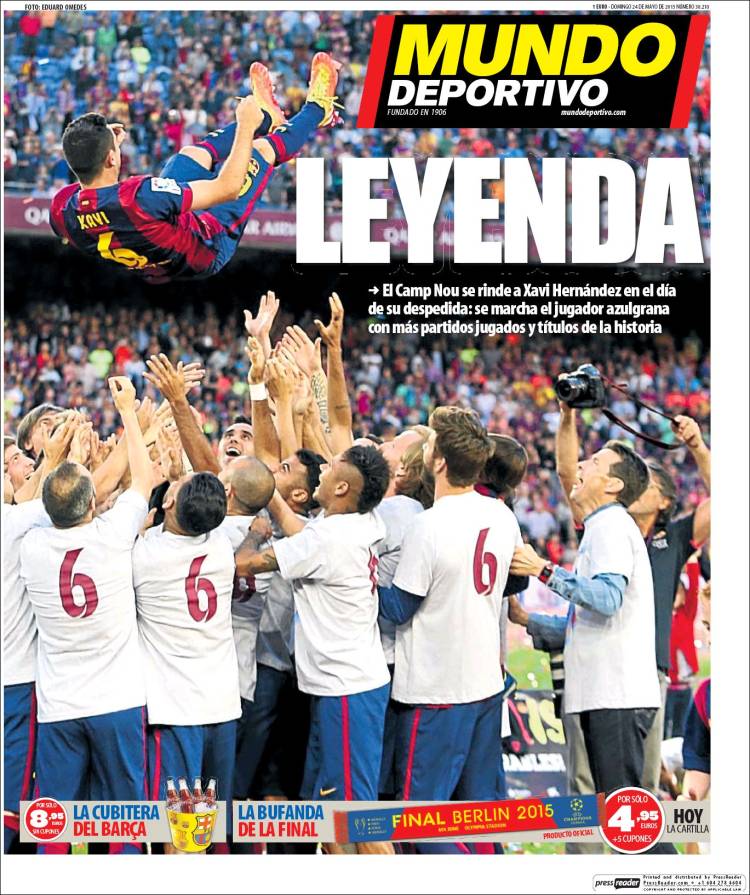 The Camp Nou bows down to Xavi Hernandez on the day of his goodbye: the Blaugrana player leaves with the most matches played and most titles in history