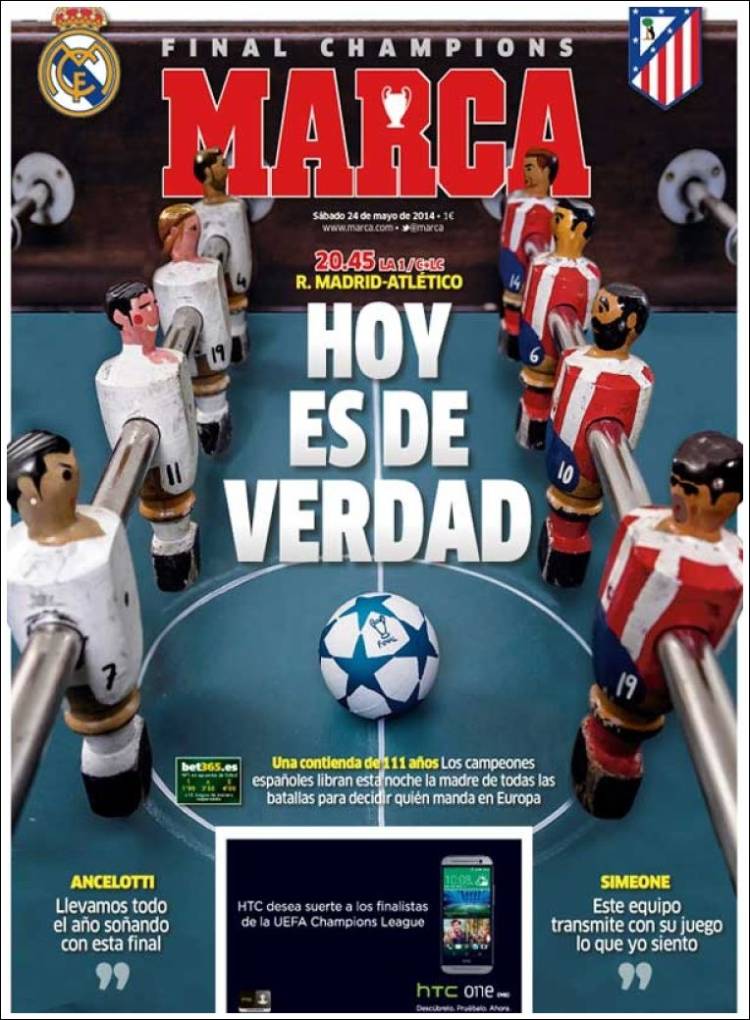 The moment of truth today

Ancelotti: "We have dreamt all year of this final"

Simeone: "This team transmits in their play what I feel" 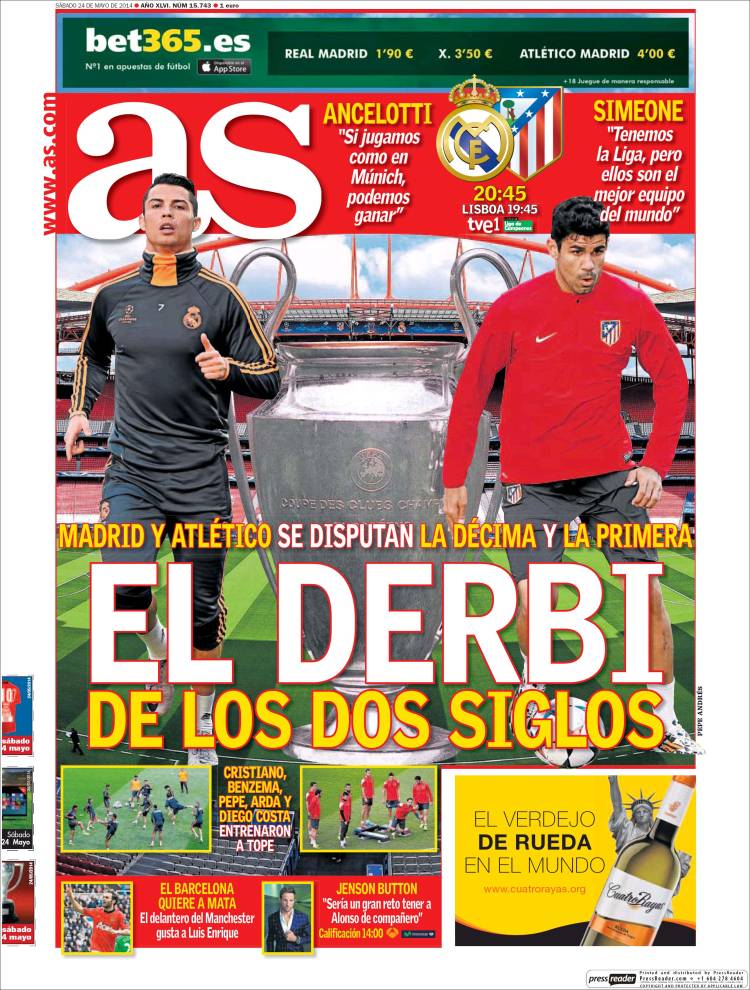 The derby of the century

Madrid and Atletico dispute for their tenth and their first European Cup, respectively

Ancelotti: "If we play like we did in Munich, we can win"

Simeone: "We have La Liga, but Madrid are the best team in the world"

The Manchester United forward is admired by Luis Enrique

Jenson Button: "It would be a great challenge to have Alonso as a teammate" 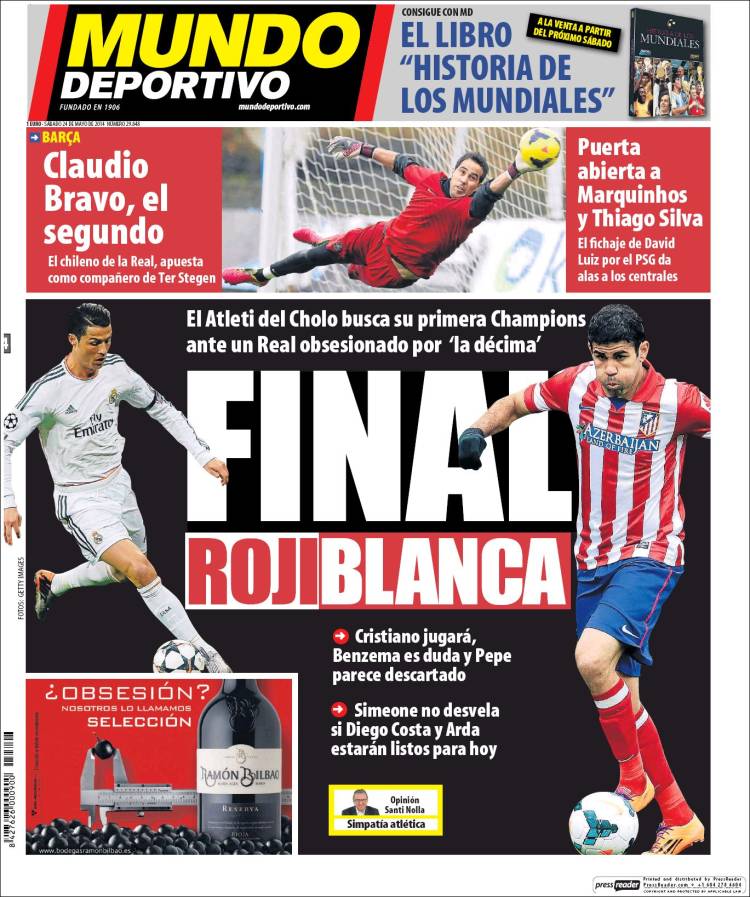 Cristiano will play, Benzema is a doubt and Pepe appears out

The Chilean from La Real is to become Ter Stegen's understudy

If David Luiz goes to PSG, the two Brazilians will be available