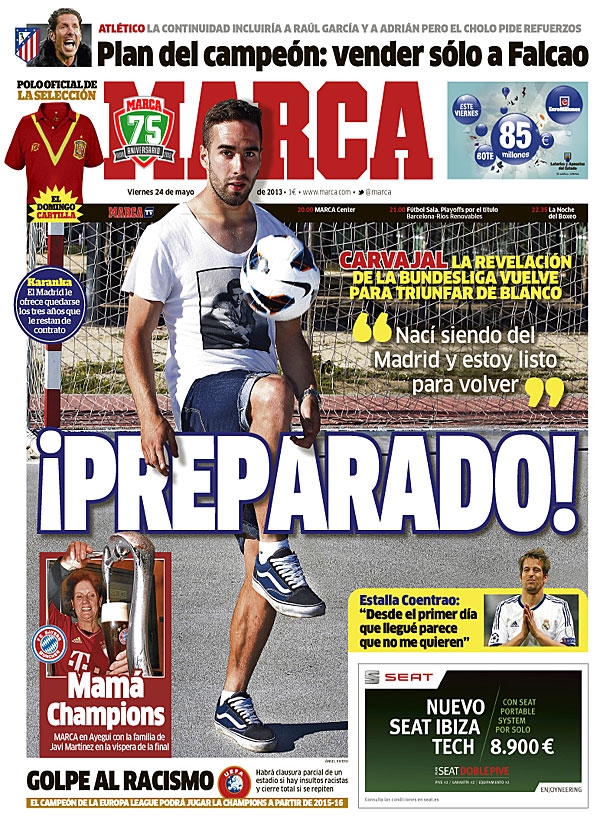 "I was born a Madridista and I am ready to return," Carvajal

Karanka: Madrid offer him to stay for three years

Coentrao explodes: "Since the first day that I arrived it has seemed as if they do not want me here"

Mama champions: Marca in Ayegui with the family of Javi Martinez on the  of the final

A blow to UEFA: There will be a penalties for stadiums where there is racism and there will be total closure if it is repeated

Plan of the champion: To sell only Falcao 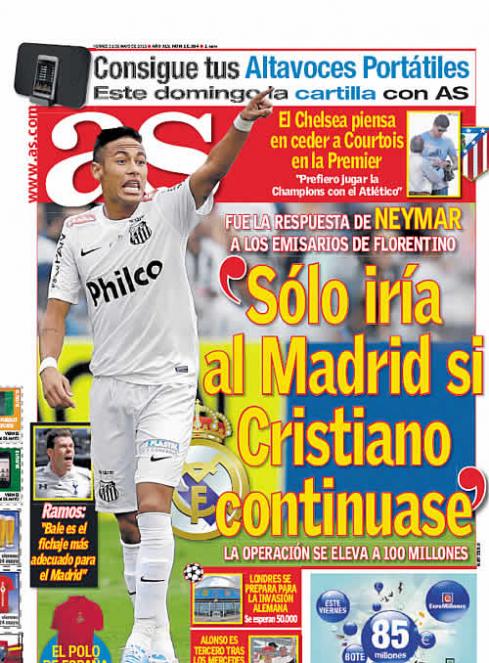 "He would only go if Cristiano continued"

The operation would cost 100€ million

Ramos: "Bale is the perfect signing for Madrid"

London prepares for a German invasion: They await for 50000 German fans

Alonso is third after Mercedes in Monaco: But he is optimistic

Chelsea thinking of giving up Courtois: "I prefer to play with Atletico in the Champions" 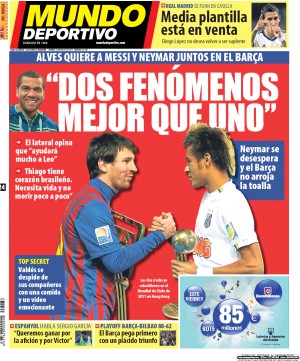 Alves wants Messi and Neymar together at Barca

The full back thinks Neymar's presence would help Leo a lot

Thiago has a Brazilian heart: He needs to live and not die slowly

Neymar infuriated and Barca are not throwing in the towel

Top secret: Valdes says goodbye to his teammates over a meal and a emotional video

Real Madrid: Half the team in the shop window

Diego Lopez does not want to return to the bench