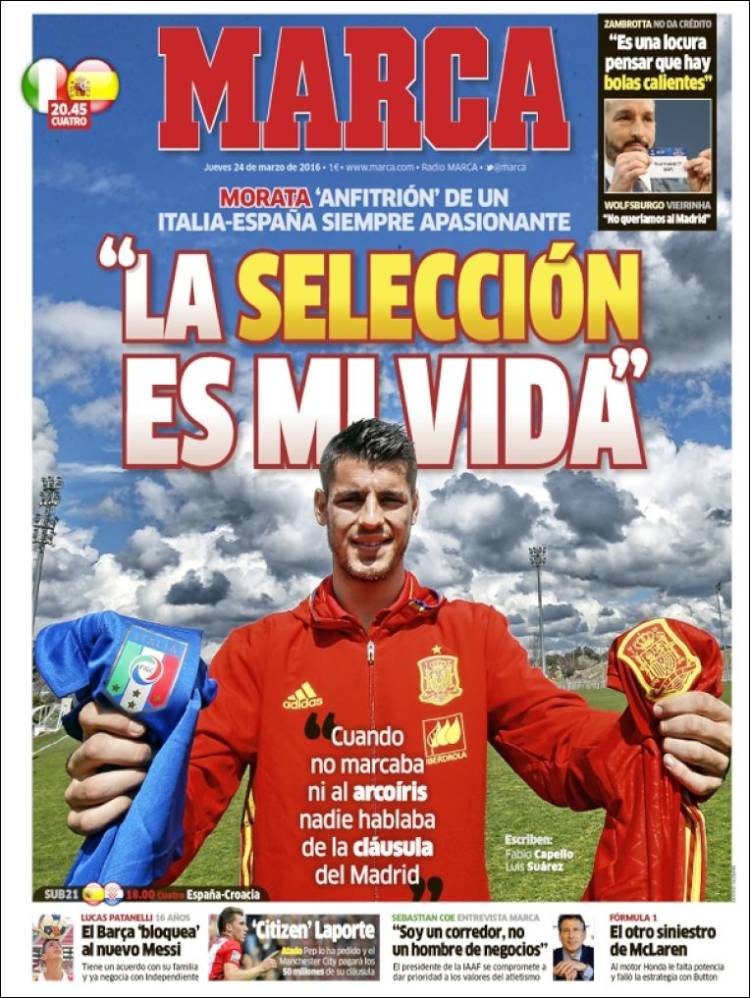 Morata ‘host’ of an exciting Italy-Spain

“The national team is my life”

“It’s crazy to think there are hot balls”

Have an agreement with the family and negotiate with Independiente 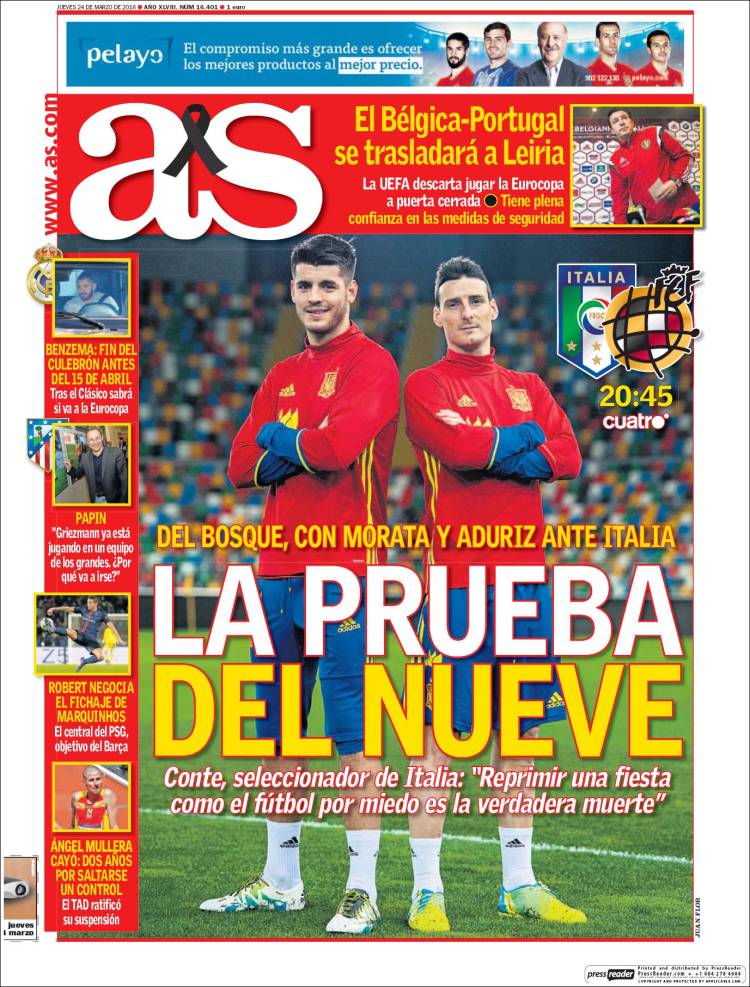 They have full confidence in the security measures

“Griezmann plays for one of the big teams. Why would he want to leave?”

Robert negotiates the signing of Marquinhos

The PSG centre-back, a Barca objective

Del Bosque, with Morata and Aduriz against Italy

Conte, Italy Coach: “Supressing a fiesta like football out of fear is the real death” 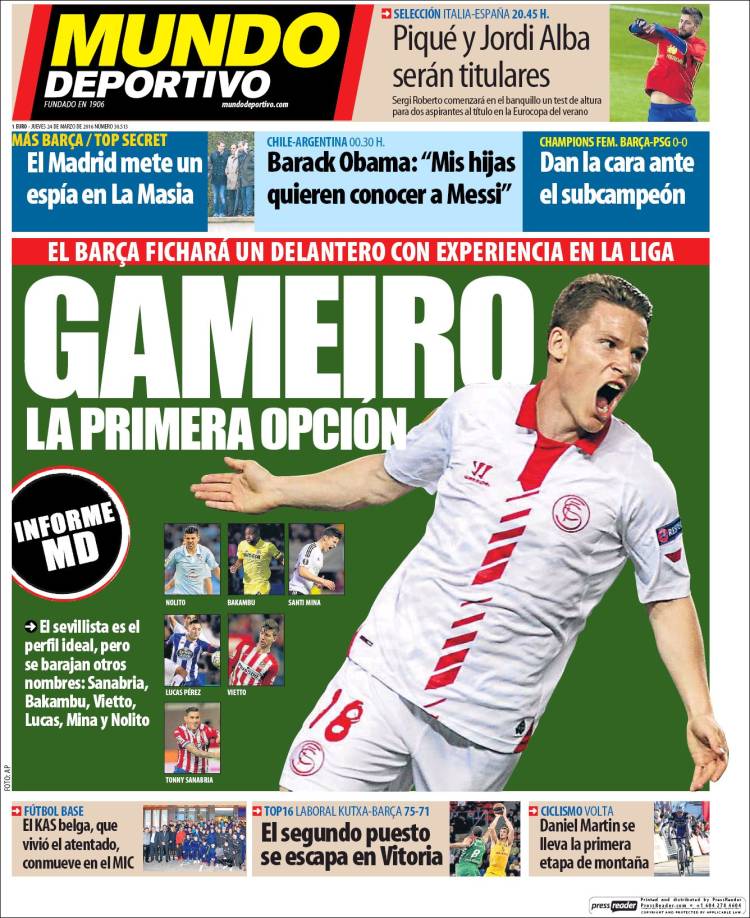 Pique and Alba to be starters

Show their face against the runners-up

Barca want to sign a striker with experience in La Liga

The Sevilla player has the ideal profile, but other names aren’t discounted: