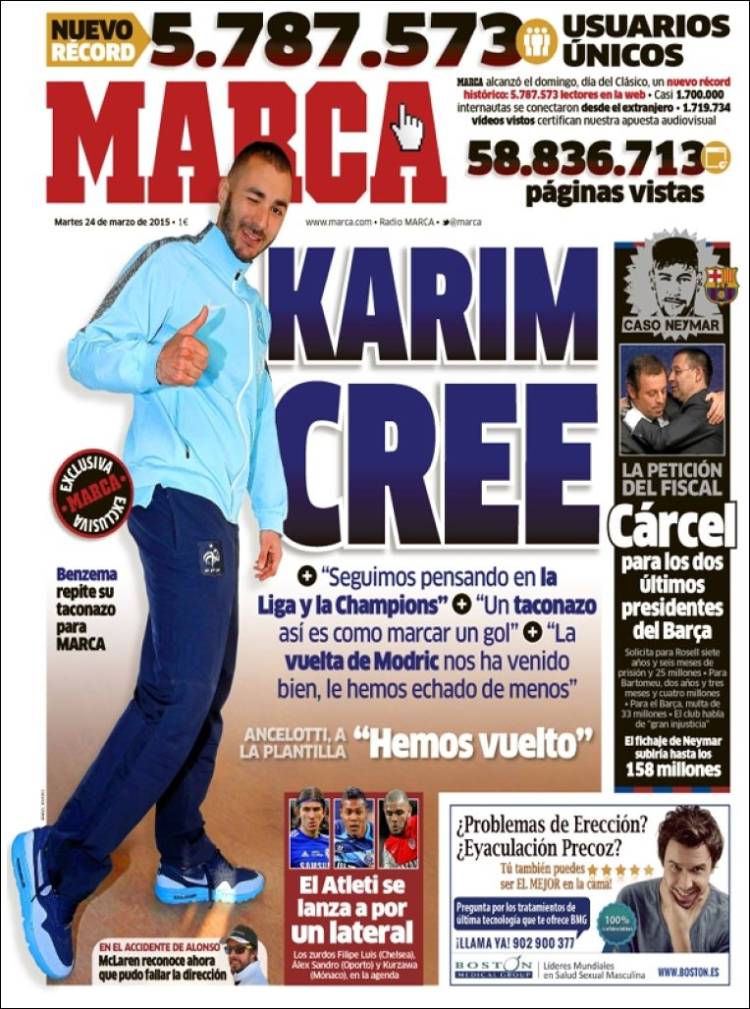 Benzema repeats his back-heel for Marca

“We are still thinking about La Liga and the Champions League”

“A back-heel such as that is like scoring a goal”

“Modric’s return has been good for us, we’ve missed him”

Ancelotti to the squad: “We’re back”

Atleti go for a full-back

The prosecutor’s request – prison for the last two Barca Presidents

For Bartomeu, two years and three months and €4m

The club talk of a “great injustice”

Neymar’s signing could rise to €158m 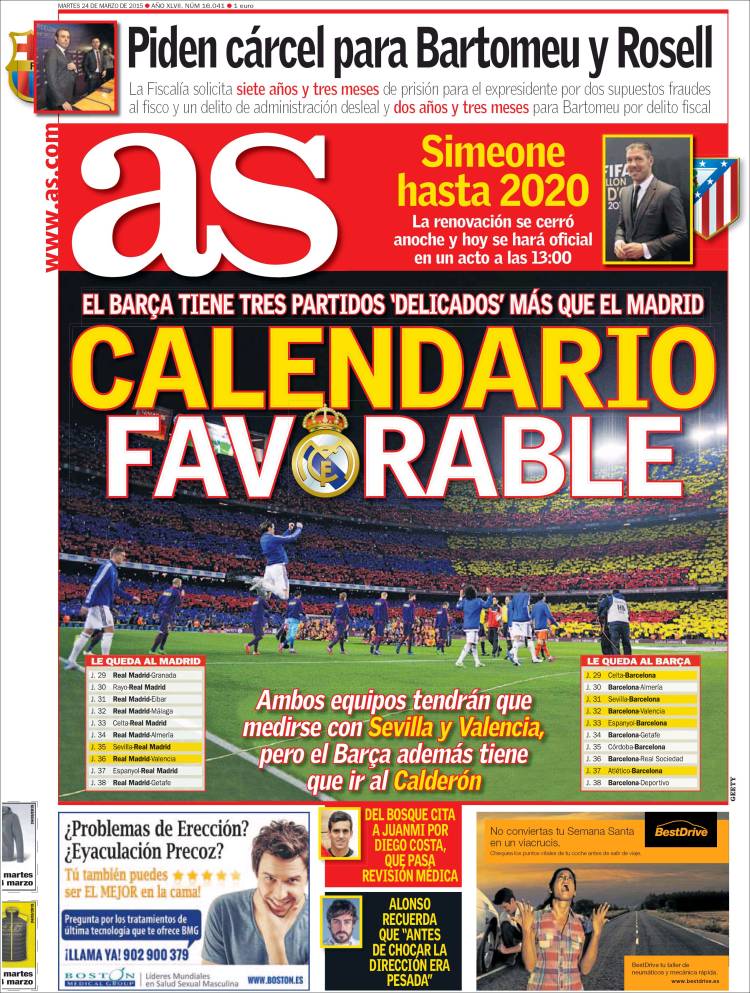 Both teams will have to face Sevilla and Valencia, but Barca still have to go to the Calderon

They are demanding prison for Bartomeu and Rosell

Del Bosque calls up Juanmi for Diego Costa, who passes a medical 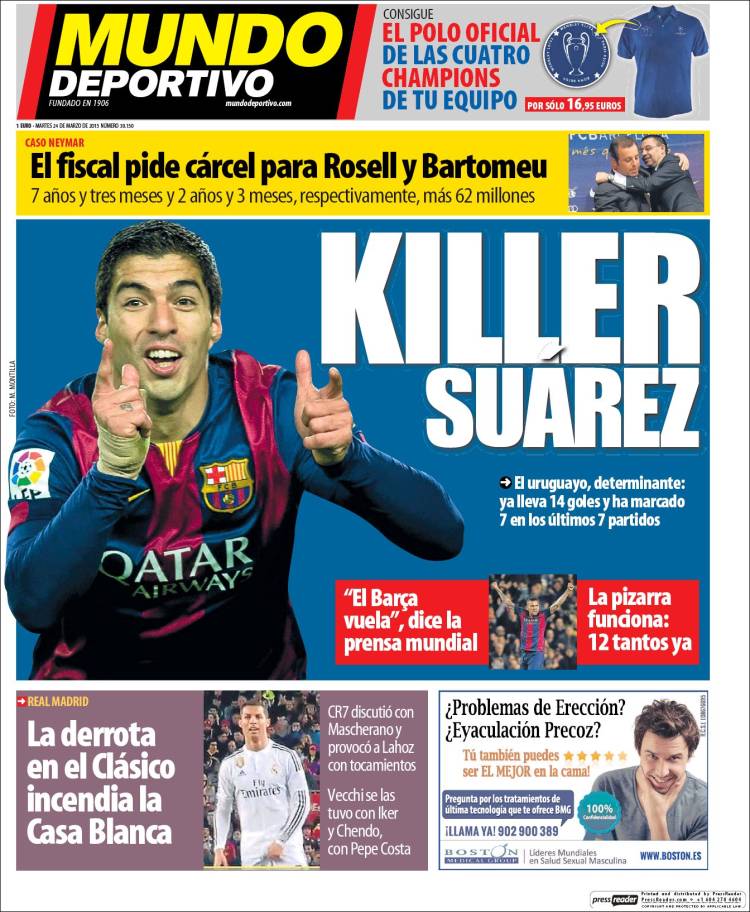 The Uruguayan, determining factor: he now has 14 goals and has scored seven in the last seven games

The prosecutor asks for prison for Rosell and Bartomeu

The Clasico defeat lights up the White House

CR7 argued with Mascherano and provoked Lahoz by touching him

Vecchi has had it with Iker and Chendo with Pepe Costa