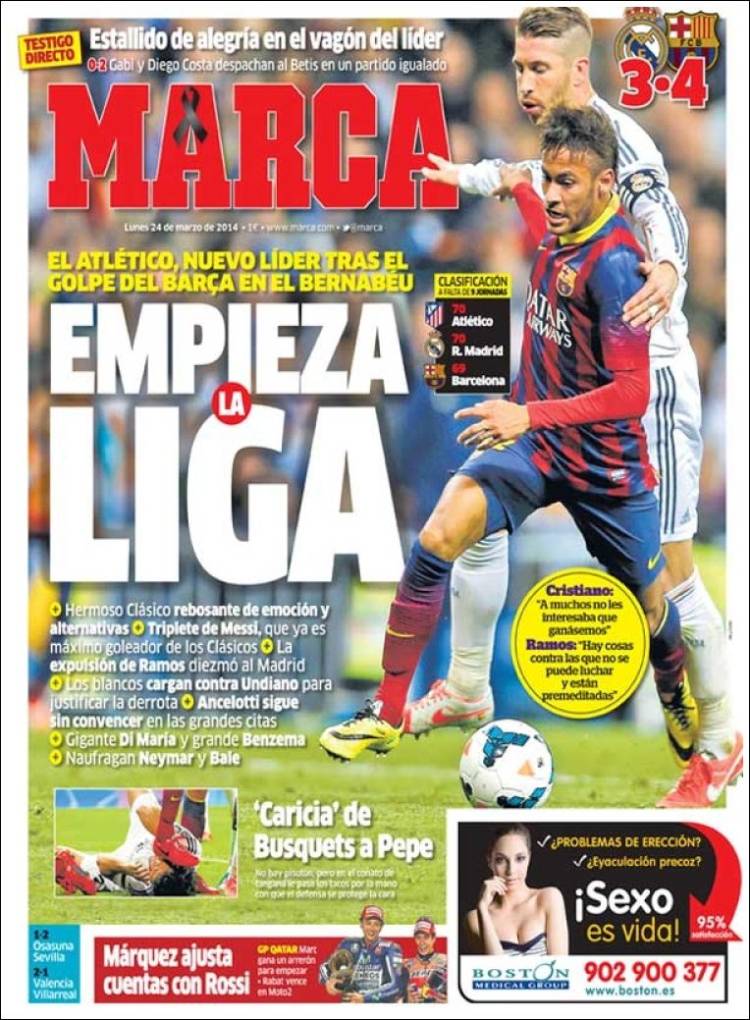 Atletico is the new leader after Barca's conquering of the Bernabeu

A beautiful Clasico overflowing with emotion and story lines

A hat-trick for Messi, who now is the leading goalscorer in Clasico's in history

The red card to Ramos saw Madrid reduced to ten

Ancelotti continues to fail to convince in the big games

Di Maria and Benzema were great

Neymar and Bale were absent

Ramos: "There are things that go against us that one cannot fight and they are pre-meditated"

The stomping of Busquets on Pepe

Installed as the new leaders

Gabi and Diego Costa despatch Betis in an even game

Marquez settles his score with Rossi 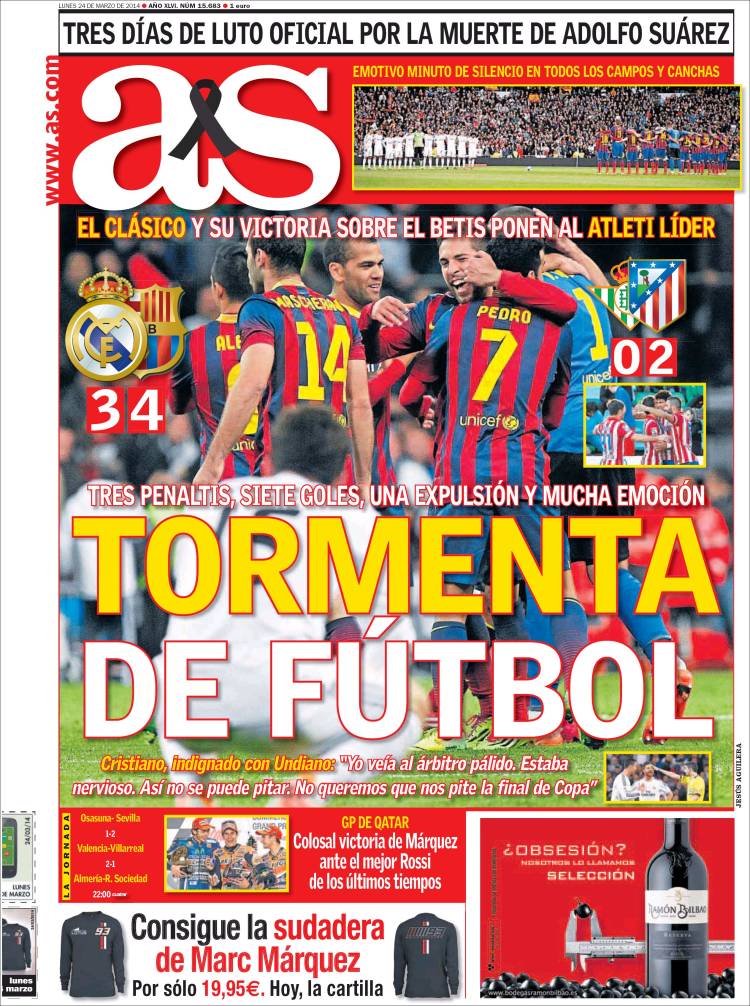 Three penalties, seven goals, a red card and a lot of emotion

Cristiano rages at Undiano: "The referee was white and nervous, he cannot referee like this. We do not want him to referee the final of the Copa del Rey"

Three days of mourning for the death of Adolfo Suarez

An emotional one minute silence held across Spain

GP Qatar: A colossal victory for Marquez against the best Rossi seen in a long time 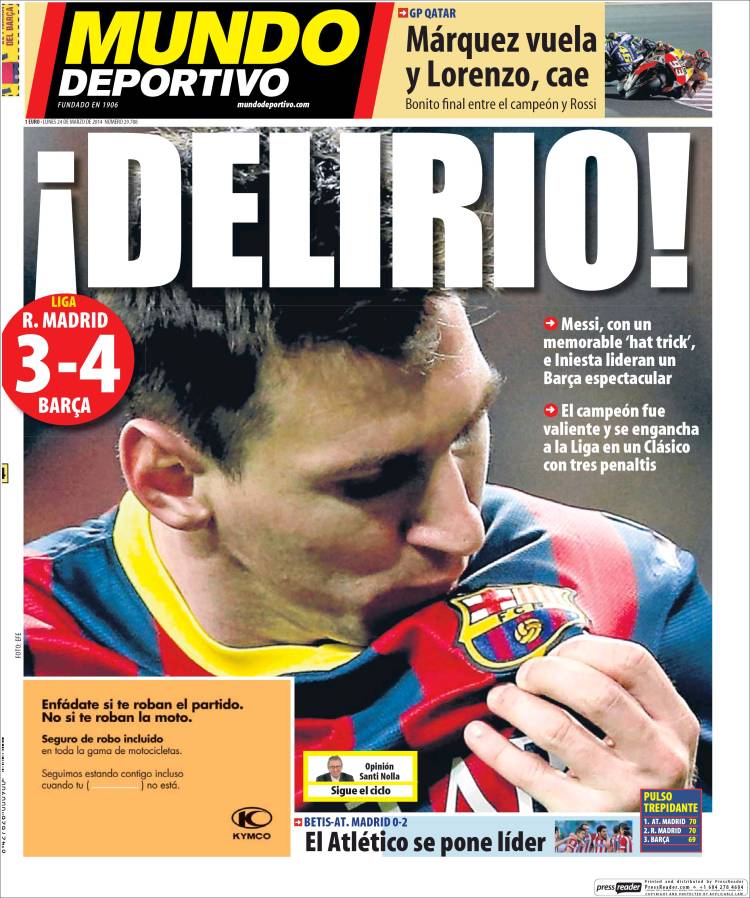 Messi, with a memorable hat-trick and Iniesta lead a spectacular Barca

Atletico are the new leaders