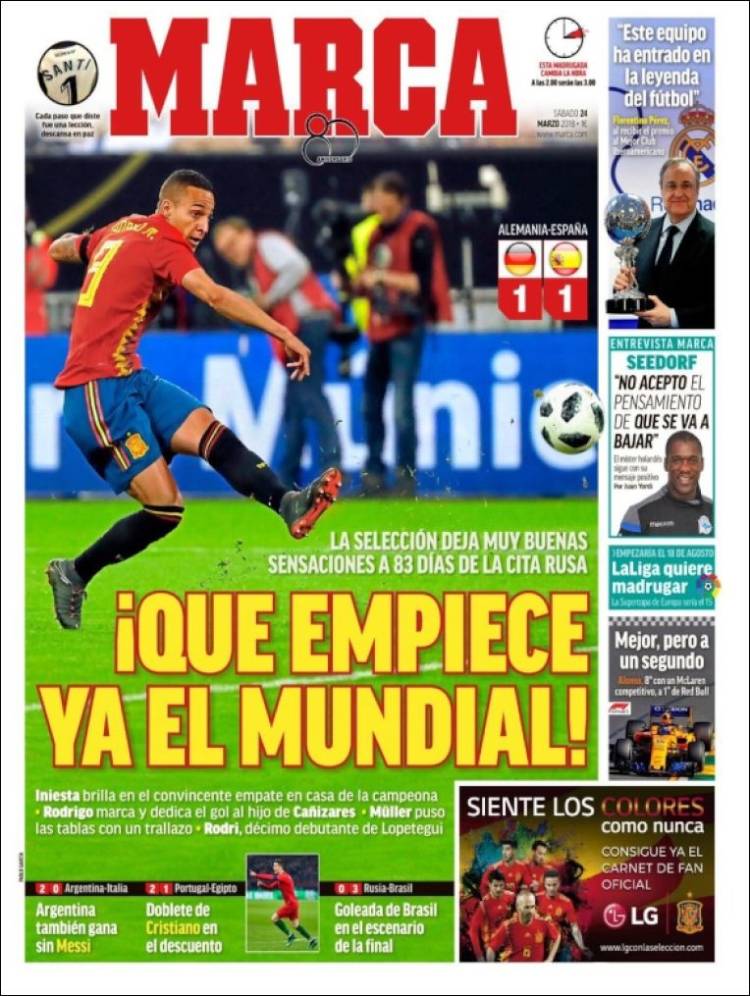 The national team leave very good feelings, 83 days before their appointment in Russia

Rodrigo scored and dedicated his goal to the son of Canizares

Brace from Ronaldo in the stoppages

Goal show from Brazil at the Final venue

"This team have written themselves into football folklore"

"I don't accept the thought of going down" 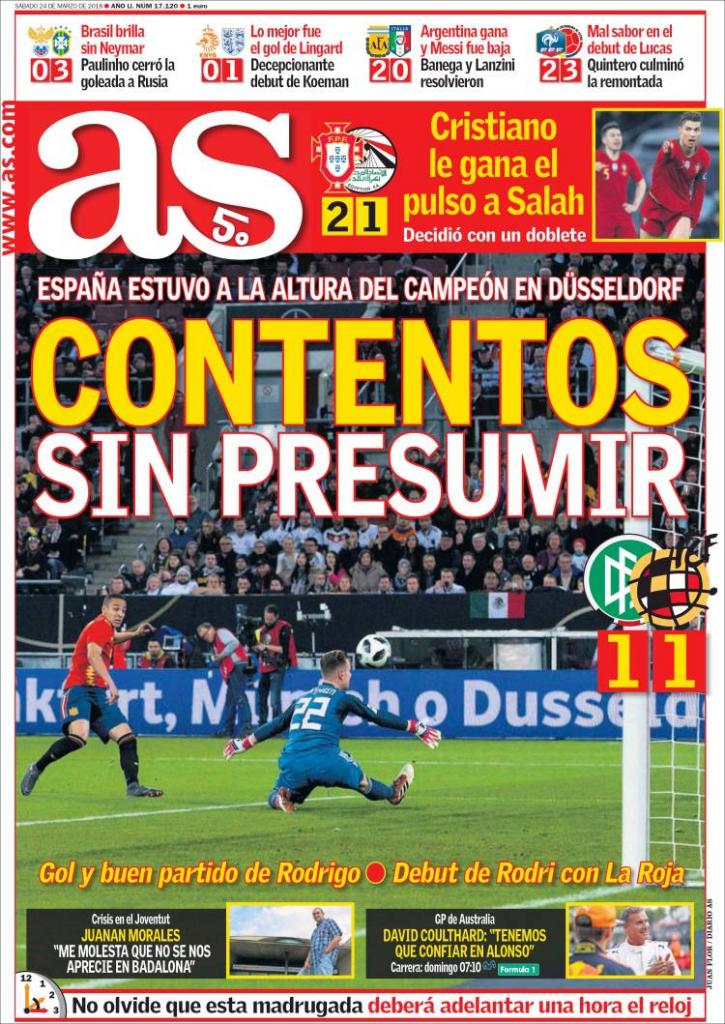 Paulinho wraps up the goal show in Russia

The best was Lingard's goal

Argentina win and Messi is absent

Banega and Lanzini decided the game

Spain played at the level of the world champions in Dusseldorf

Goal and good game from Rodrigo 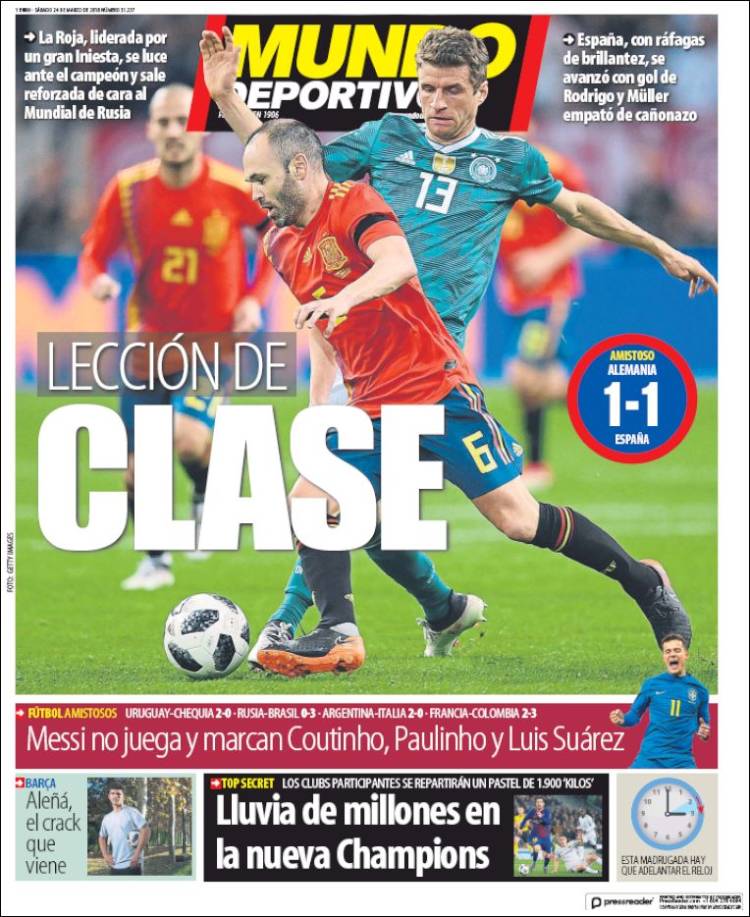 La Roja, who led thanks to a great Iniesta, shine against the world champions and come out stronger in the face of the World Cup

Spain, who showed glimpses of brilliance, went ahead through Rodrigo, before Muller's cannon drew Germany level

Messi does not play, while Coutinho, Paulinho and Luiz Suarez score

Alena, the 'crack' coming up

Participating clubs will each take a slice of €1.9bn