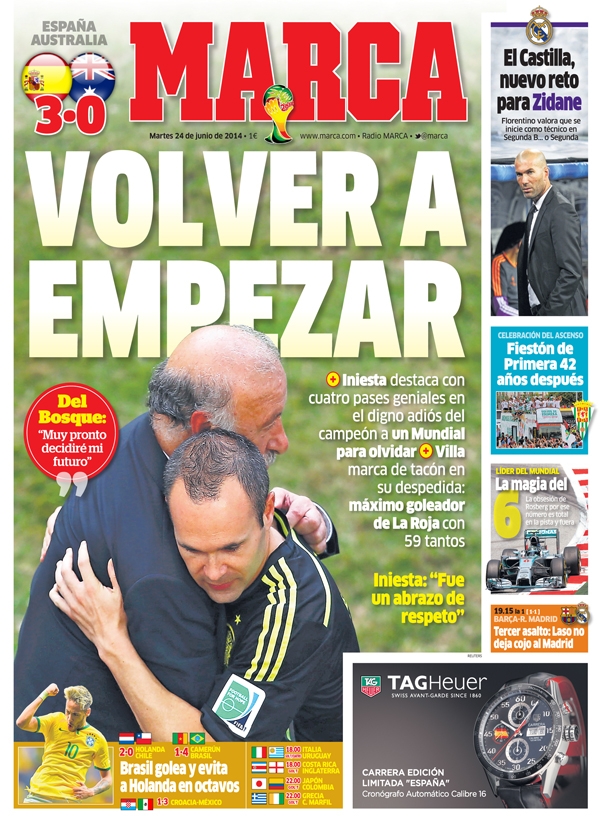 A fresh start.
Iniesta stands out with four genius passes in the dignified goodbye from the champions in a World
Cup to forget.
Villa scores a backheel in his goodbye: Top goalscorer for La Roja with 59 goals.
Iniesta: It was a hug of respect
Del Bosque: I will decide my future very soon.
Brazil thrash Cameroon and avoid Holland in the knockout rounds.
Castilla, a new challenge for Zidane. Florentino measures him up to start as manager in Segunda B..
or Segunda.
Promotion bash 42 years later. 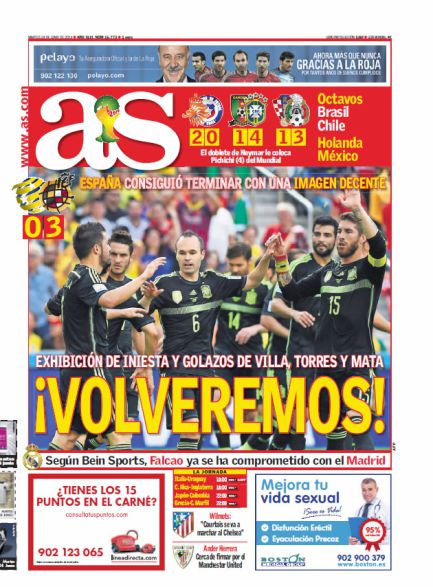 We will return
An exhibition from Iniesta and goals from Villa, Torres and Mata
Spain finish with a respectable image
According to Bein Spors, Falcao has already committed to Madrid.
Wilmots: Courtois will go to Chelsea
Ander Herrera, close to signing for Manchester United
Neymar's double puts him as top goalscorer in the World Cup with 4
Second Round: Brazil v Chile, Holland v Mexico 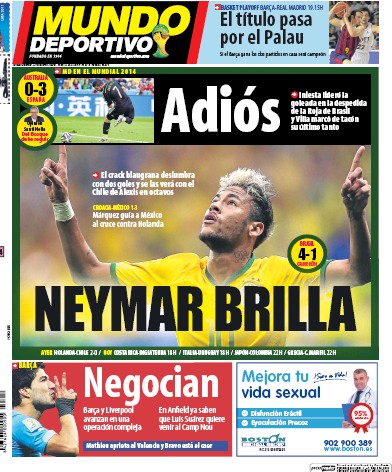 Neymar shines
The Blaugrana star dazzles with two goals and will meet with Alexis' Chile in the knockouts.
Marquez guides Mexico to a clash against Holland.
Goodbye. Iniesta leads the goalfest as La Roja say goodbye to Brazil and Villa scores a backheel as his
last strike.
They are negotiating. Barcelona and Liverpool move forward in a complicated deal.
At Anfield they already know that Luis Suarez wants to go to the Camp Nou.
Mathieu pushes Valencia while Bravo is on the brink of collapse