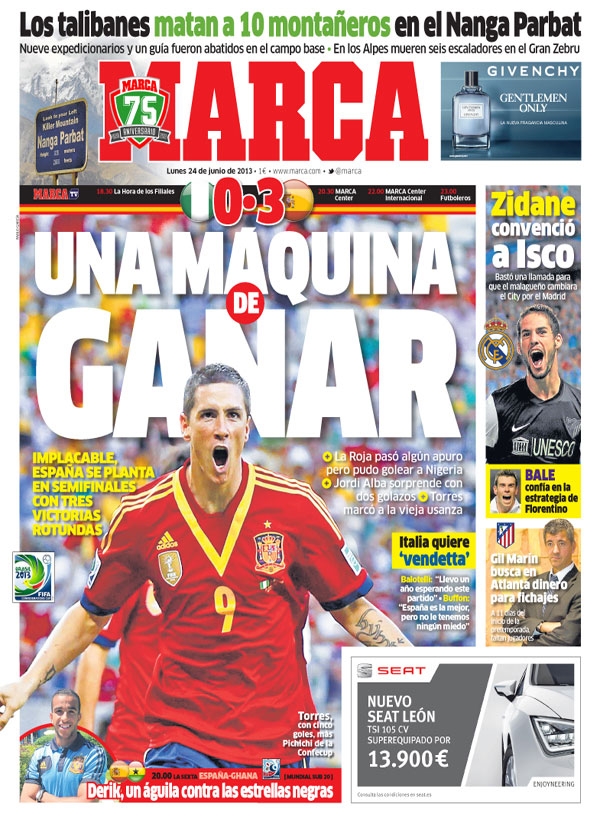 Implacable Spain progress to the semi-finals after three emphatic wins

La Roja suffered for a bit but could have scored more

Balotelli: "I have been waiting one year for Spain"

Buffon: "Spain is the best, but, we do not fear them"

Derik, an eagle against the black stars

Nine people on expedition killed at a base camp

Six climbers die in Gran Zebru in the Alps 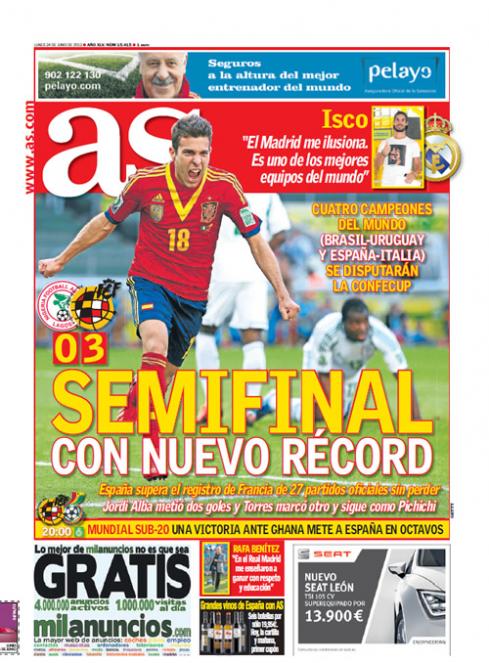 To the semi-final with a new record

Four champions of the world in the semi-final, Brazil, Uruguay, Spain and Italy, to dispute the title

World Cup Under 20: A victory against Ghana and Spain will be in the next round

Isco: "Madrid is my dream. It is one of the best teams in the world"

Rafa Benitez: "At Real Madrid I learned how to win with respect and education" 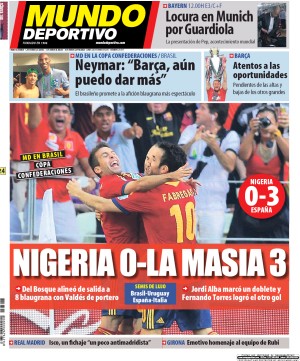 Jordi Alba scores a double and Fernando Torres gets the other

Real Madrid: Isco, a splendid signing by Florentino, confirms that "I was a bit of an anti-Madridista"

The presentation of Pep a worldwide event

Confederations Cup, Neymar: "At Barca I can give more"

The Brazilian promises the Blaugrana fans a great spectacle