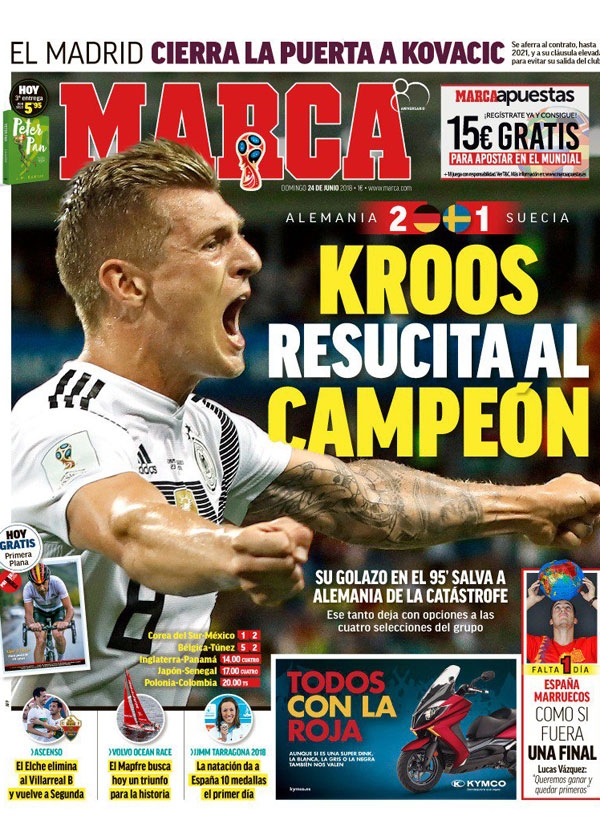 Madrid close the door on Kovacic

His golazo in the 95th minute saves Germany from catastrophe

Elche overcome Villarreal B and return to Segunda

As if it were a Final

Lucas Vazquez: "We want to win and finish first" 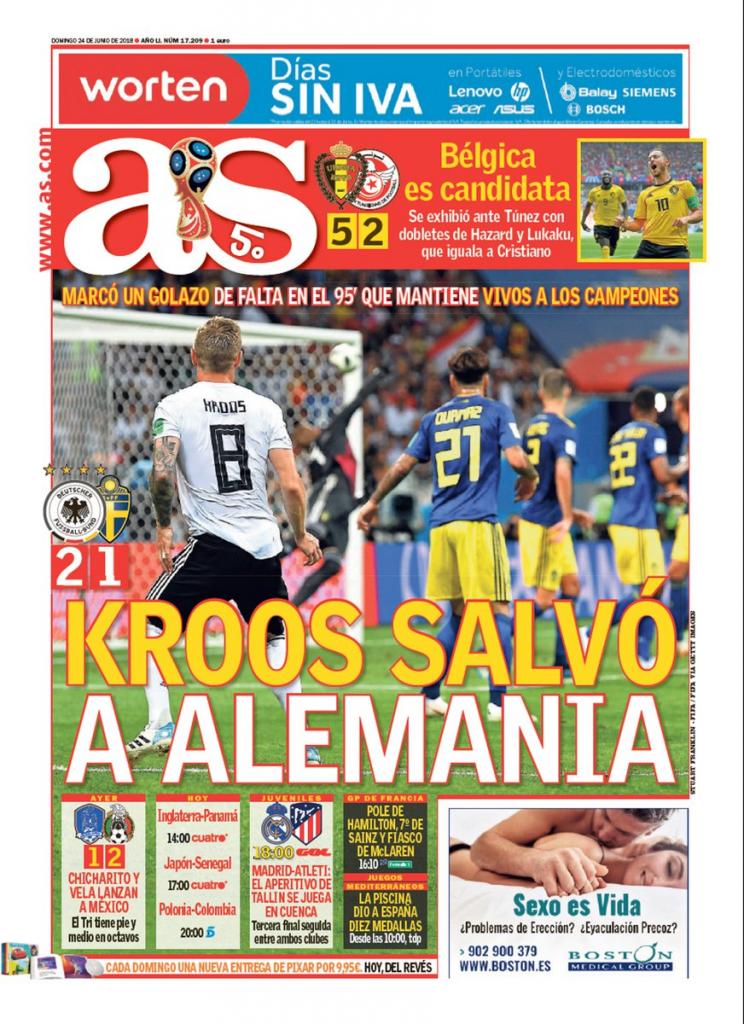 He scored a free-kick golazo in the 95th minute, which kept the champions alive

The appetizer for Tallin is played in Cuenca 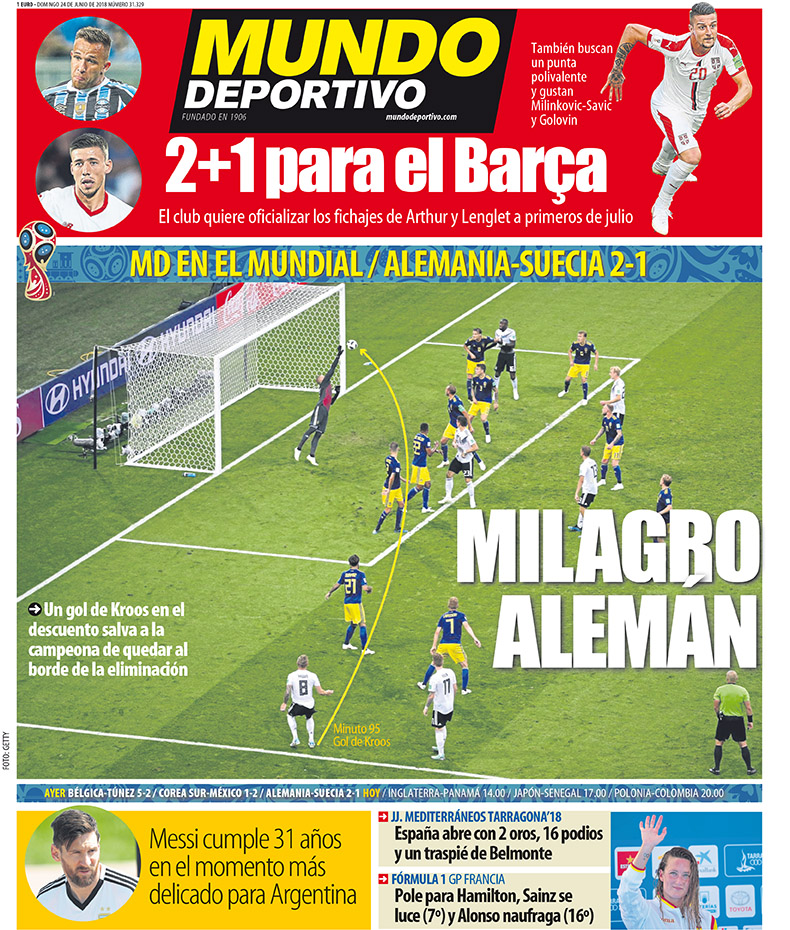