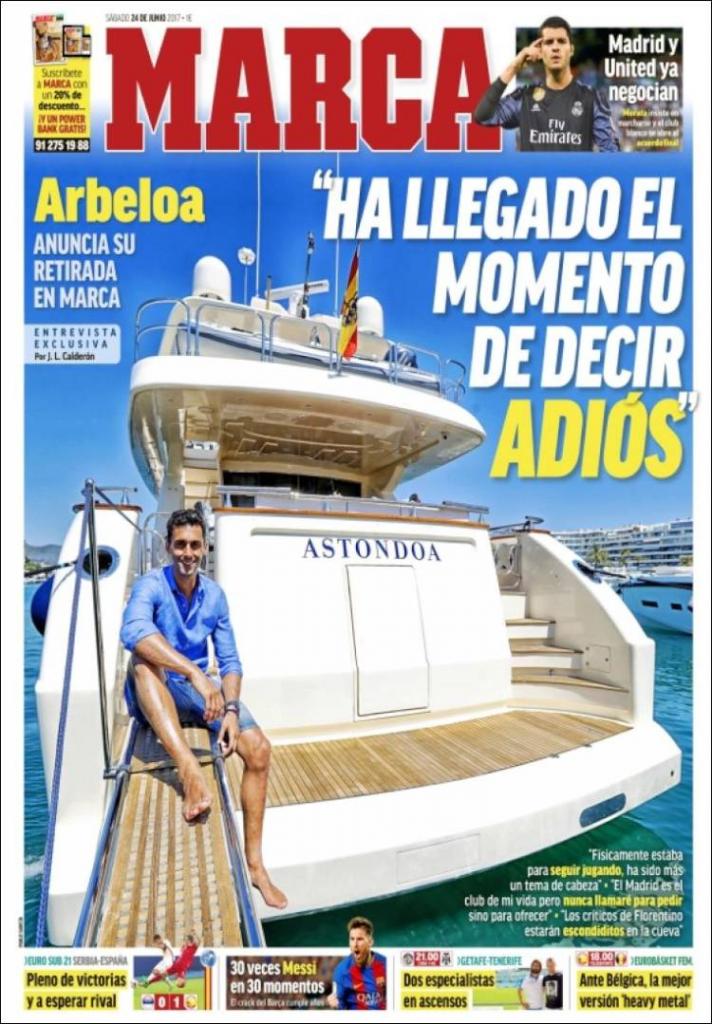 Arbeloa announces his retirement to Marca

Madrid and United are both in talks over Morata

Hat-trick of victories and their rivals await 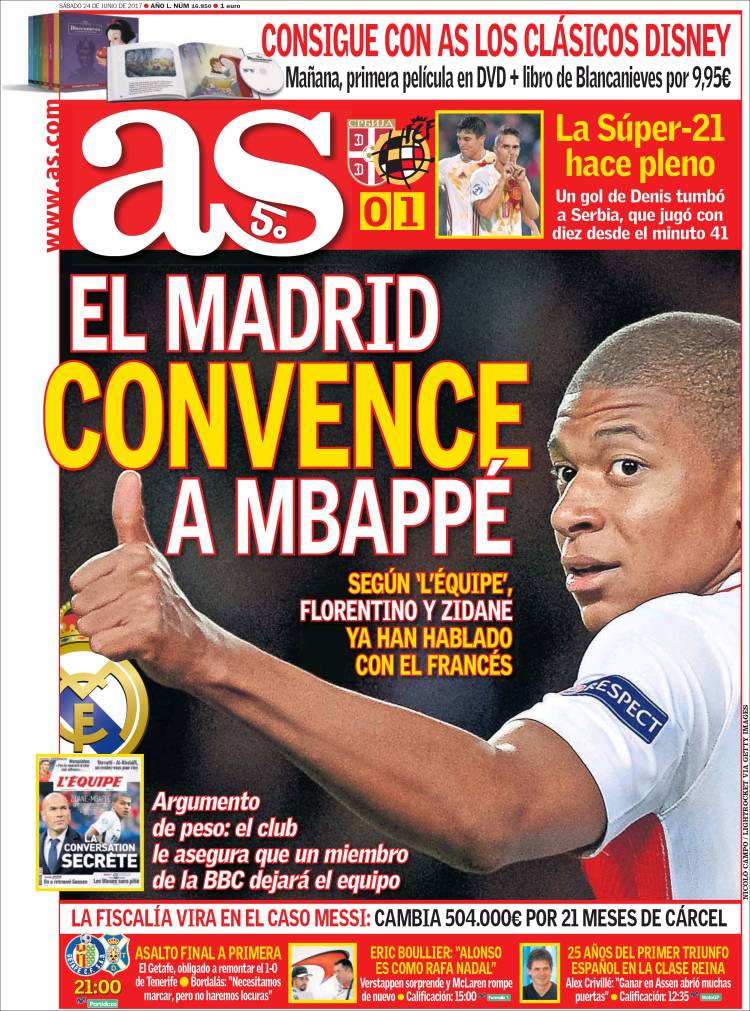 According to L’Equipe, Florentino and Zidane have already spoken to the Frenchman

Compelling argument: the club assure him that a member of BBC will leave the squad

Full house for the super Under-21s

The prosecution turns in the case of Messi: it will accept €504,000 over 21 months of imprisonment 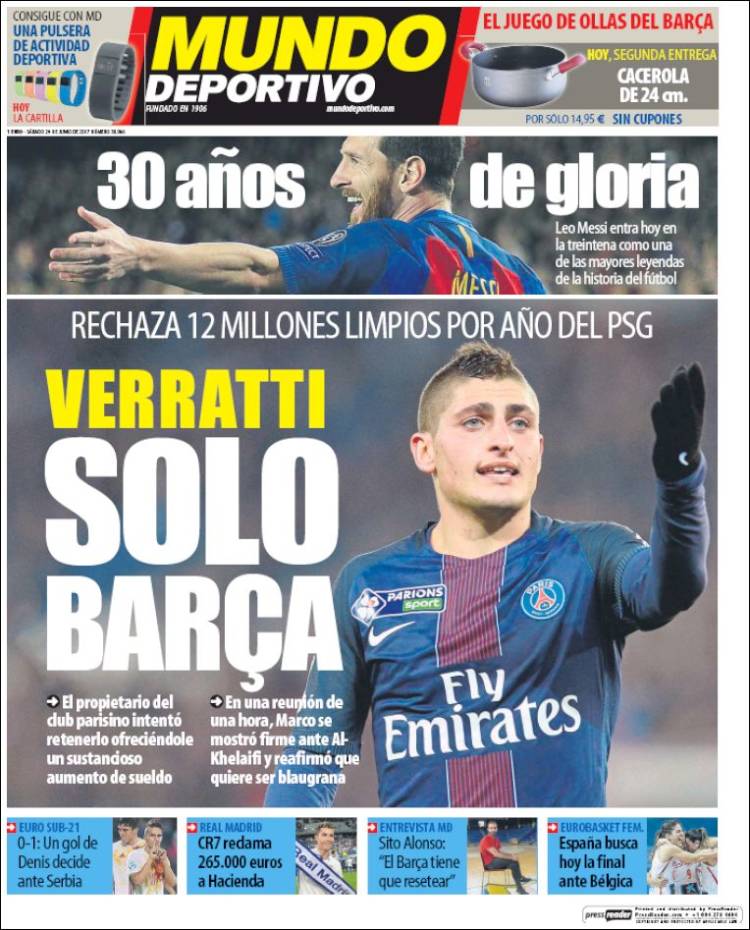 Rejects a clean €12m per year from PSG

0-1: A goal from Denis decides the game against Serbia