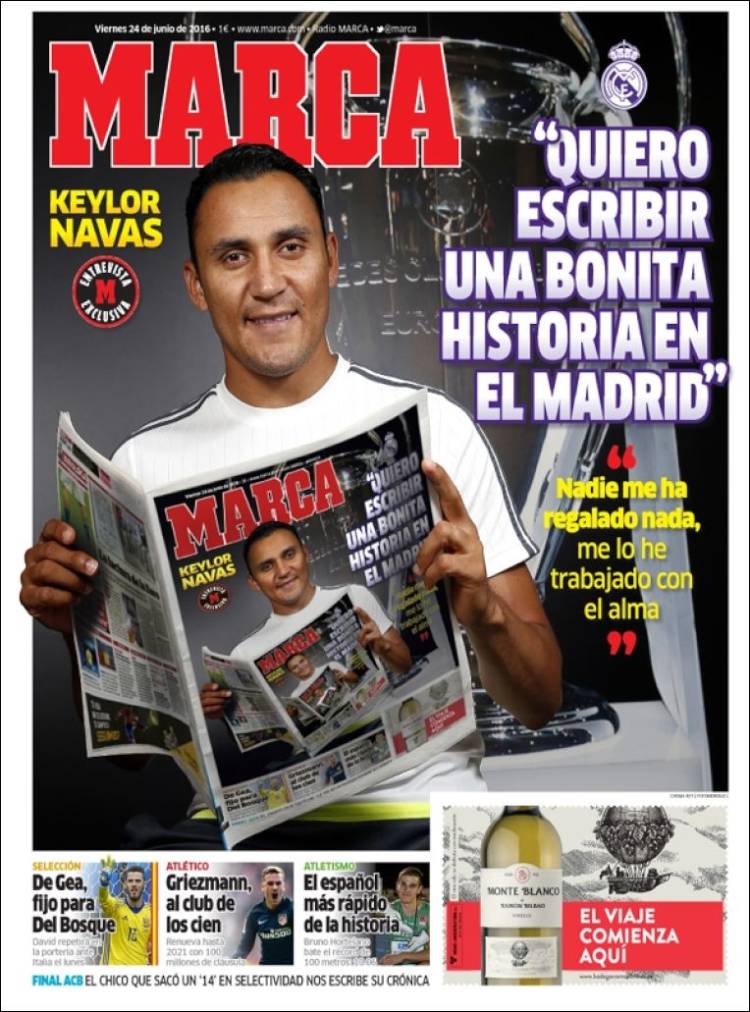 “I want to write a beautiful story at Madrid”

“No-one gave me anything, I’ve worked with my soul”

David will stay in goal against Italy on Monday 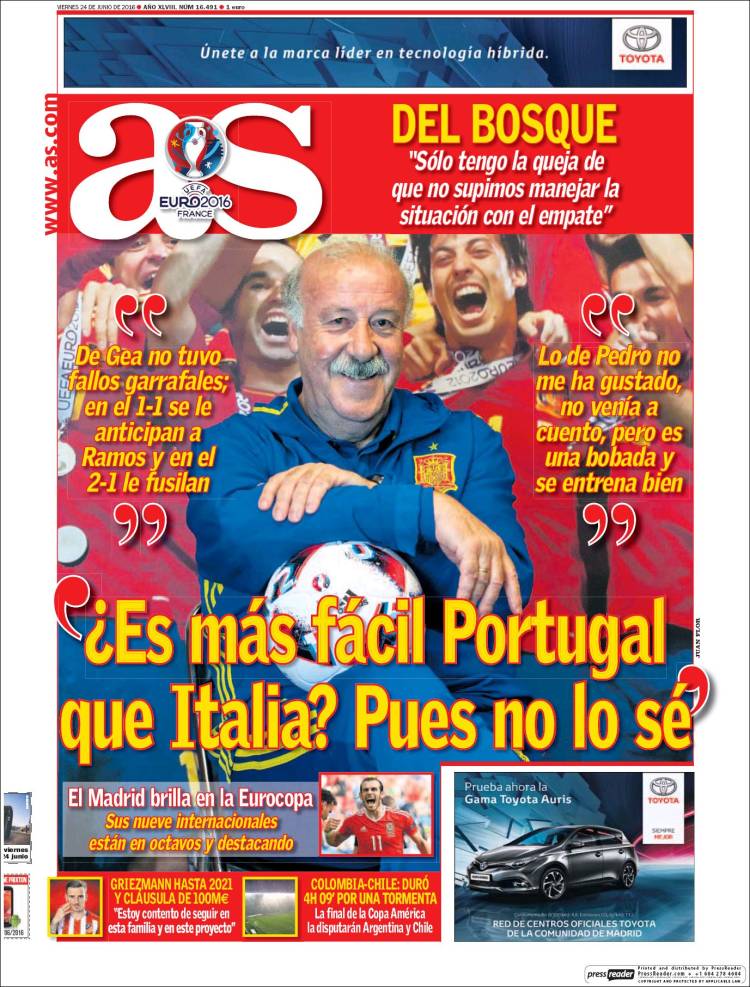 Del Bosque: “The only complaint I have is that we failed to handle the situation of a draw. De Gea had no fatal flaws”

"I didn’t like what Pedro said, it didn’t spring to mind, but it’s nonsense and he’s trained well”

Their nine internationals are in the last 16 and starring

“I’m happy to stay with this family and project”

The Copa America final will be contested by Argentina and Chile 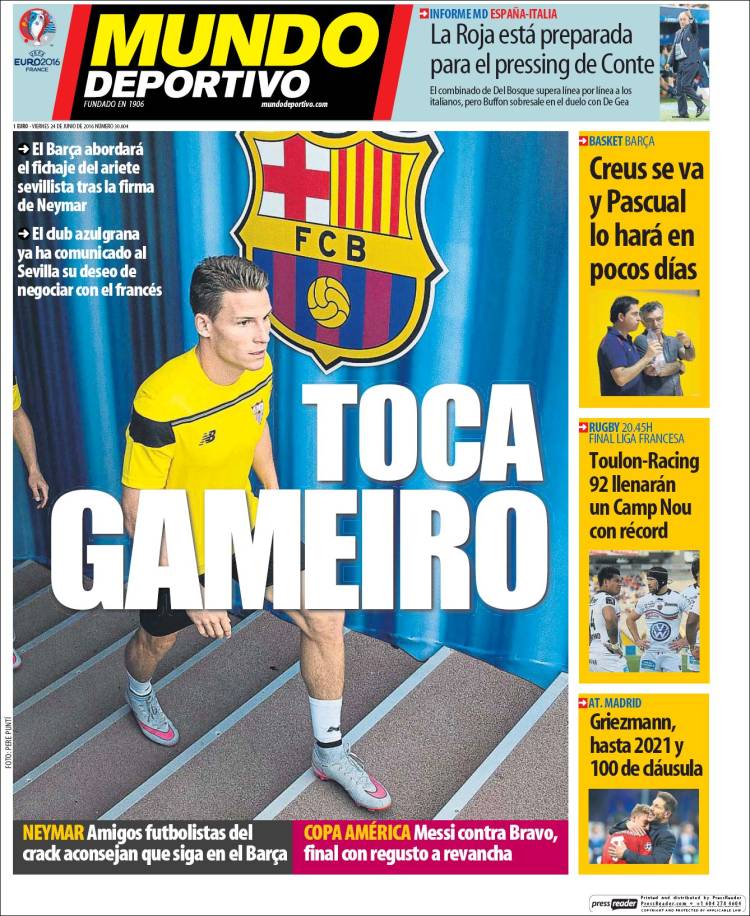 Barca will address the Sevilla striker once Neymar signs on

Footballing friends of the star advise him to stay at Barca

Messi against Bravo, final with an aftertaste of revenge

Del Bosque’s team are superior to the Italians in each line, but Buffon stands out in his duel with De Gea