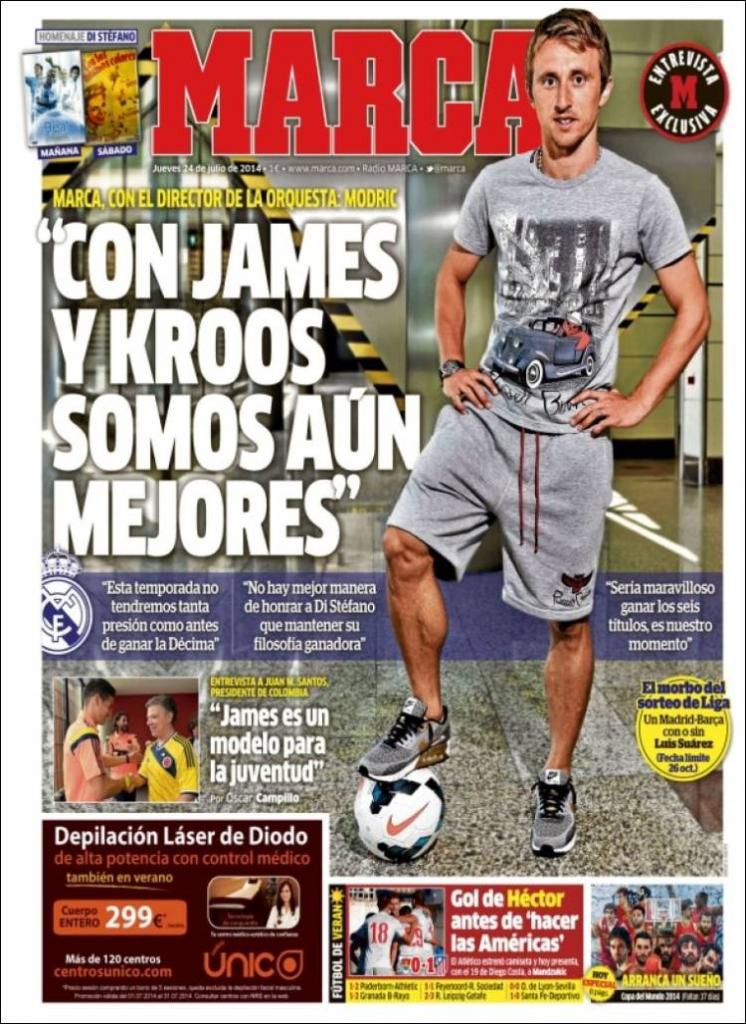 'With James and Kroos we are even better'

Marca, with the director of the orchestra: Modric

'It would be wonderful to win six titles, it's our moment'

'James is a model for youth'

A Hector goal before touring America

Atletico release their kit and today will present the No. 19 of Diego Costa to Mandzukic

The morbid draw of La Liga 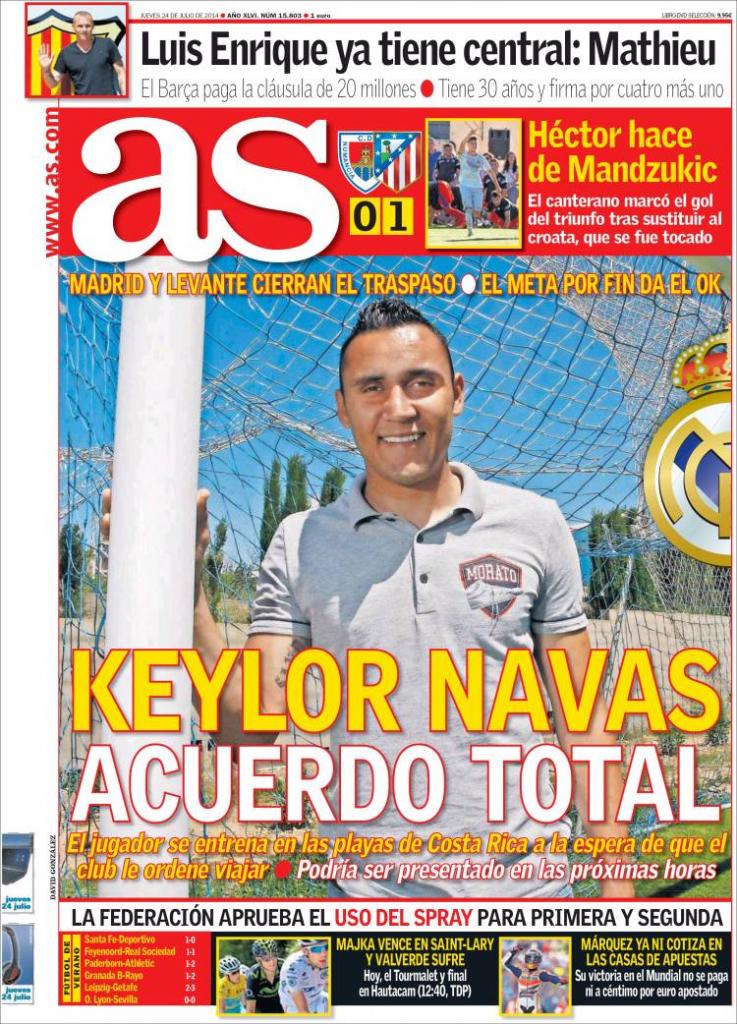 He could be presented in the next few hours

Madrid and Levante seal the transfer

The keeper finally gives the OK.

Hector does a Mandzukic

The federation approve the use of spray in Primera and Segunda 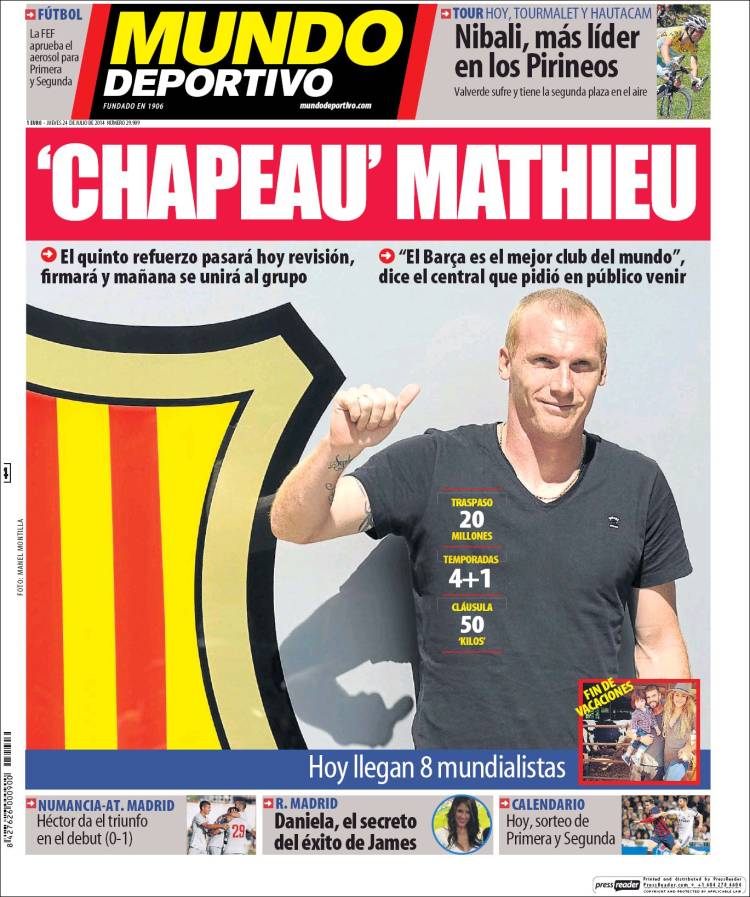 The fifth reinforcement today will have his medical

He will sign and will join the group tomorrow

End of the holidays

Hector gives the win in the first game

Daniela, the secret of the success of James

Today, the draw for Primera and Segunda