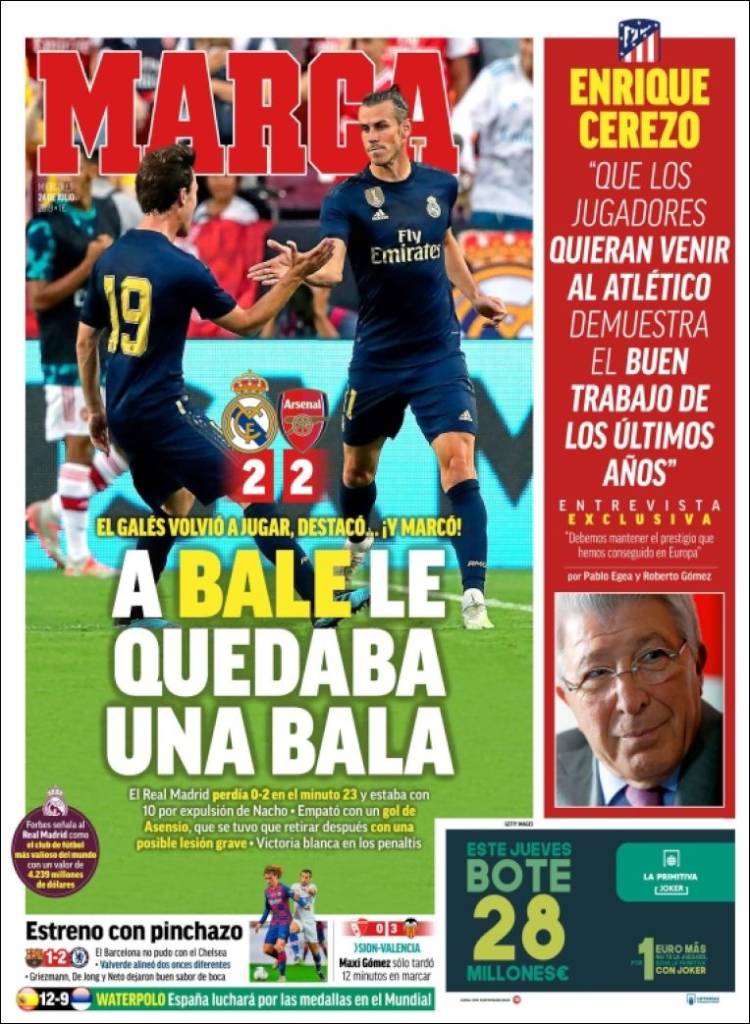 Bale had one last bullet

Enrique Cerezo: The players who want to come to Atleti show the hard work of recent years

Start with a flat tyre 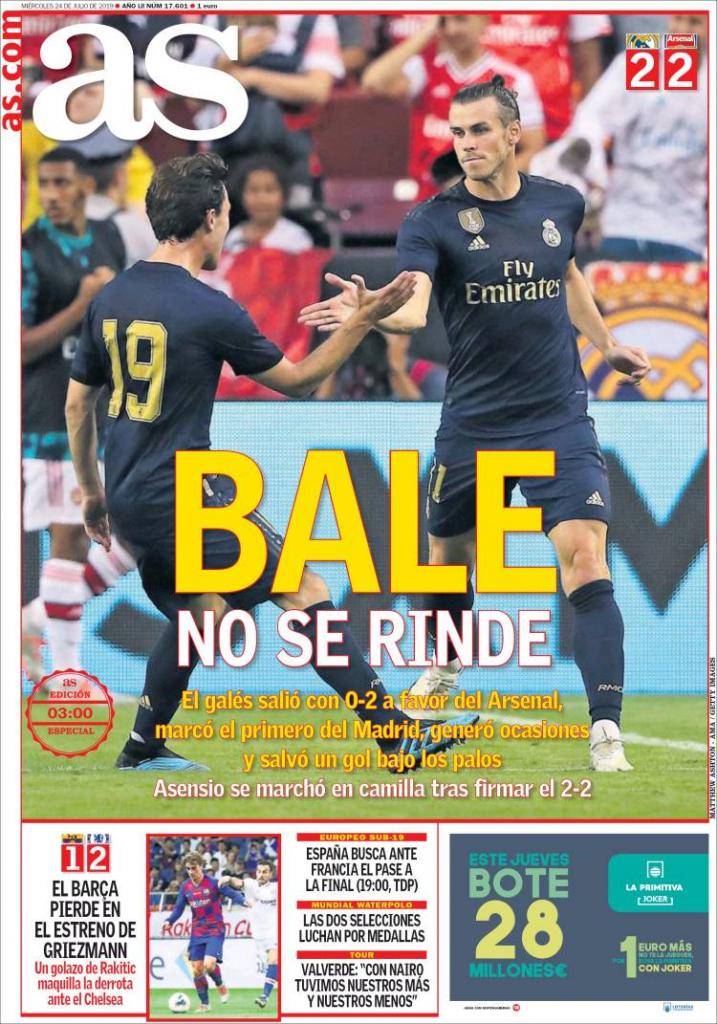 Bale doesn't give up

Appeared at 2-0 to Arsenal, scored the first for Madrid, generates multiple chances and saved a goal, Asensio leaves on a stretcher

Barca lose the premiere of Griezmann 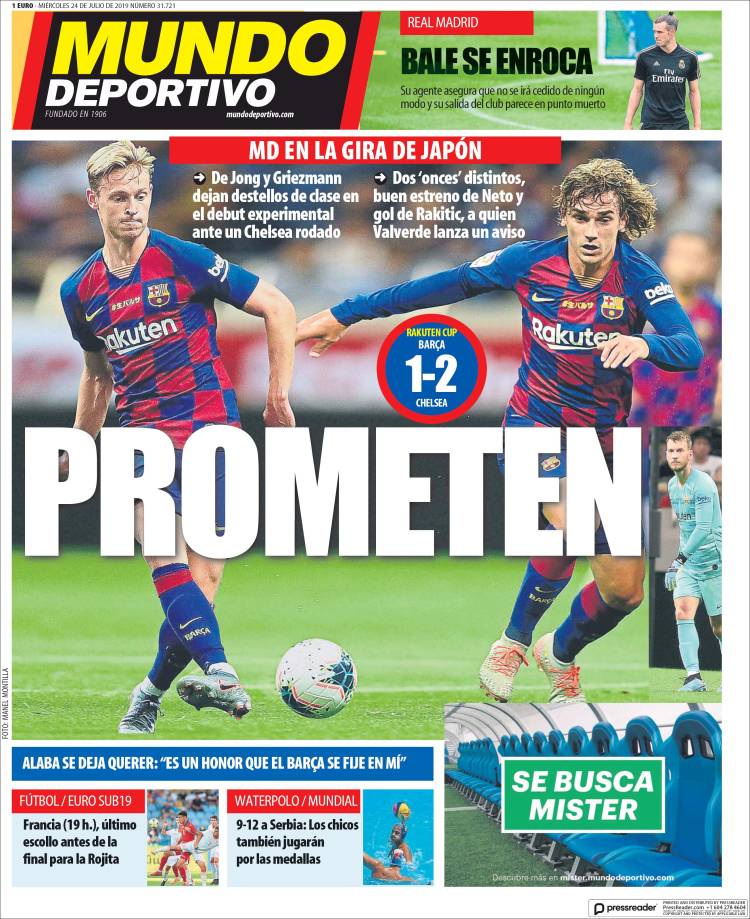 Bale is in a rock

David Alaba: It's an honour that Barcelona have noticed me