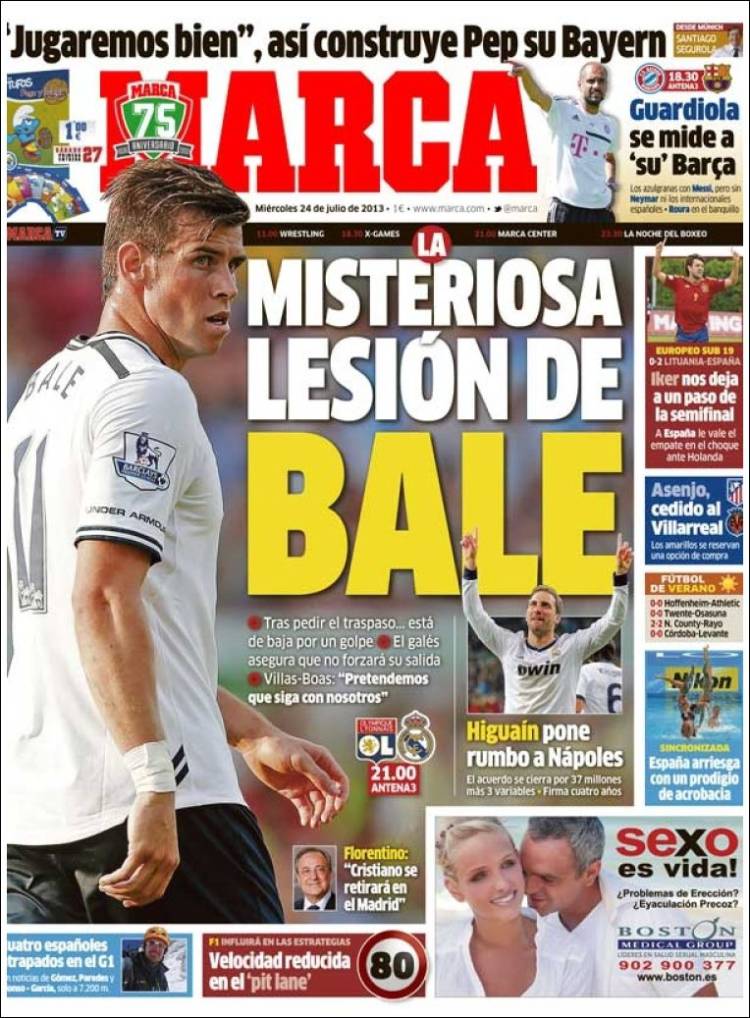 The mysterious injury to Bale

After asking for a transfer.. he is now injured

The Welshman assures that he will not force his exit

Villas-Boas: "We will try and make him continue with us"

Higuain on course for Napoli

There is an agreement of €37 million plus €3 million in bonuses, he signs for four years

"We will play well," says Pep of his Bayern side

Guardiola to take on 'his' Barca

Roura to lead from the sidelines

Iker puts us on course for the semifinal

Spain to be drawn against Holland

Asenjo, is ceded to Villarreal but Atletico have an option to buy him back 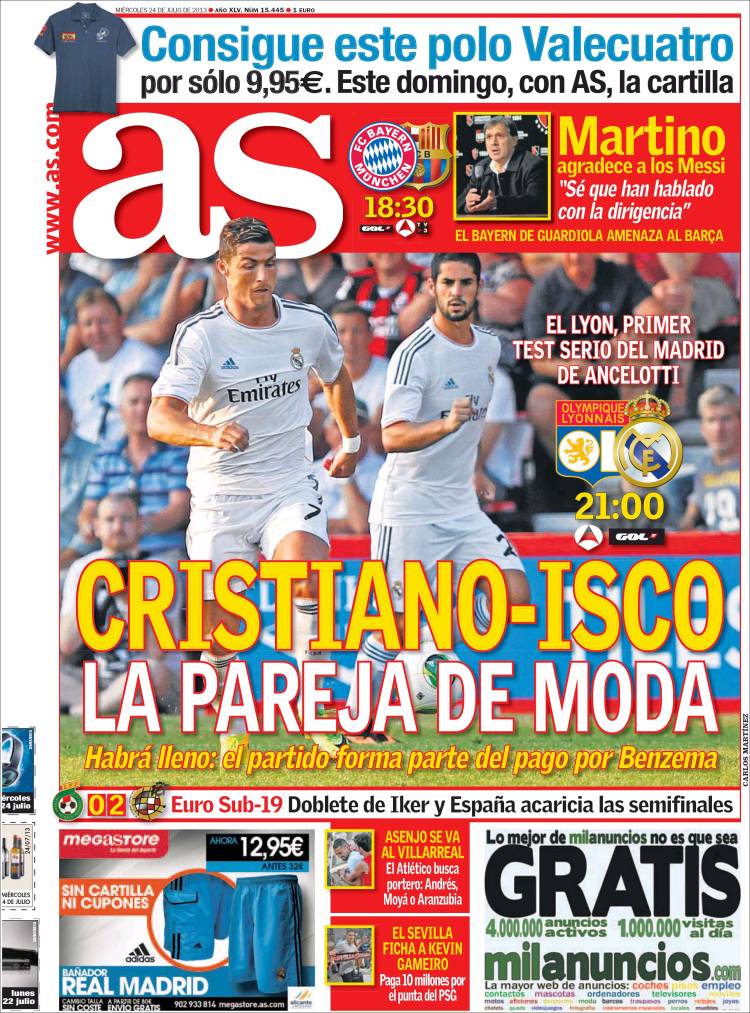 It will be complete: the game against Lyon is part of the payment of Benzema

Martino is thankful to the Messi: "They spoke to the Barca board on my behalf"

Bayern and Guardiola take on Barcelona

European Under 19 Championship: A double for Iker and Spain on the way to the semifinals

Atletico search for a keeper, Andres, Moya or Aranzubia 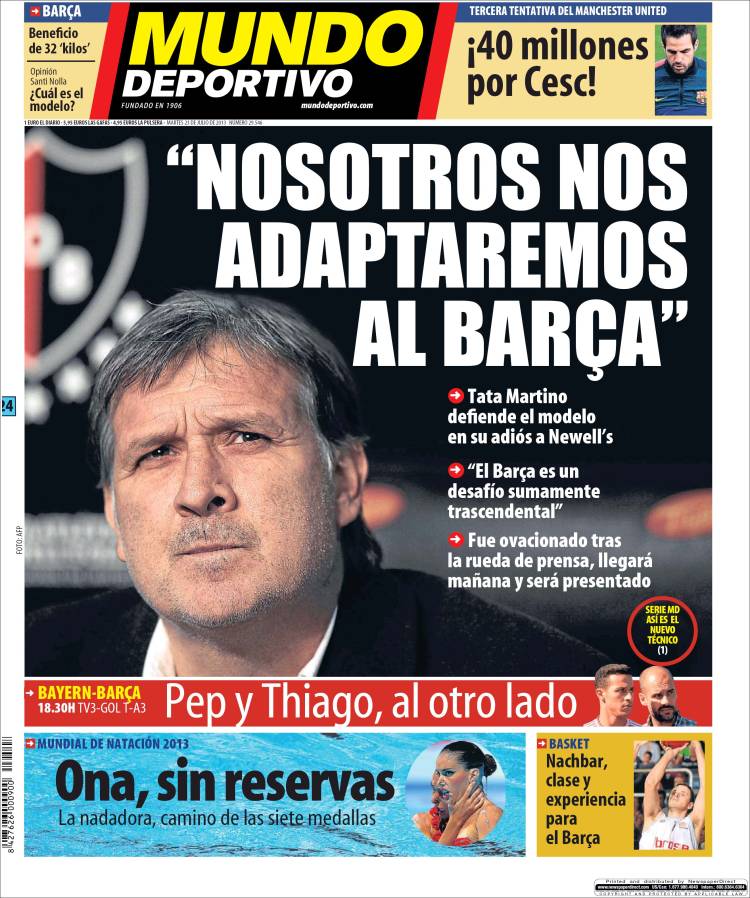 "We will adapt to Barcelona," Martino

Martino defends his model and says goodbye to Newell's

"Barca is a great challenge"

Bayern v Barca: Pep and Thiago on the other side