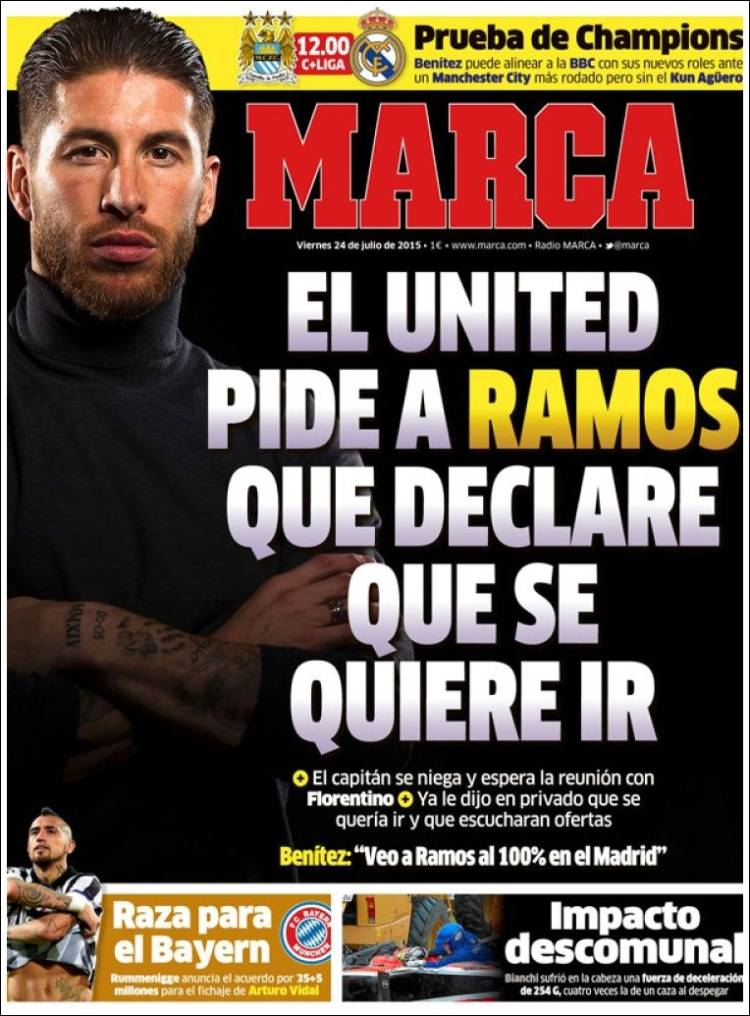 United ask Ramos to declare that he wants to leave

The captain refuses and awaits his meeting with Florentino

Benitez may line up the ‘BBC’ in their new roles against a more clinical Manchester City, despite being without Kun Aguero 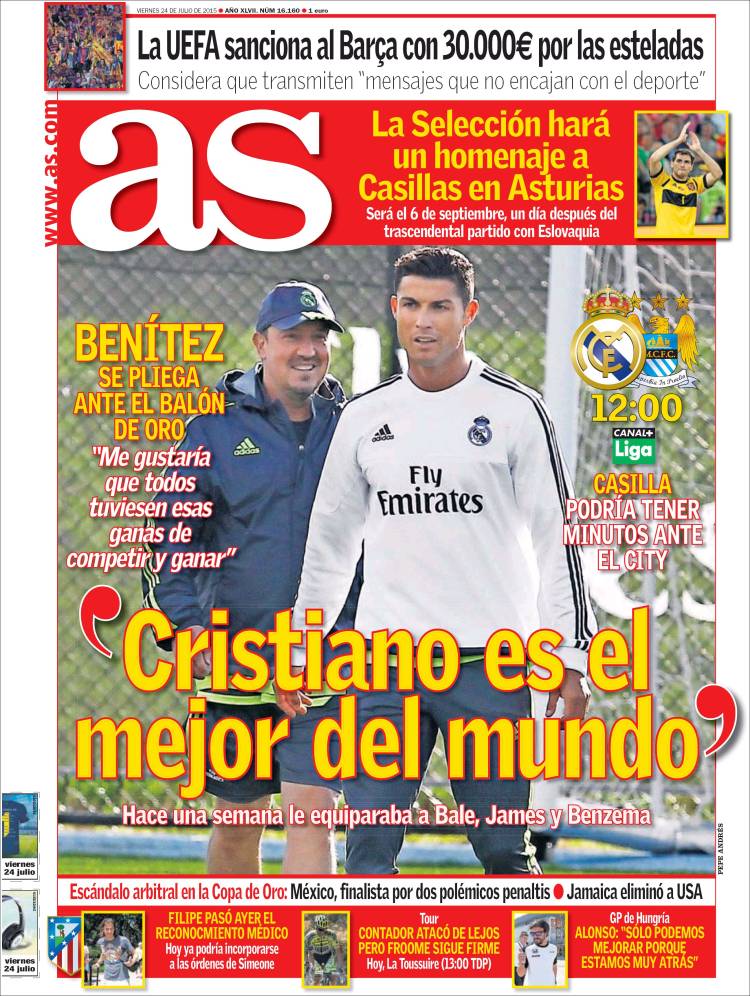 “Cristiano is the best in the world”

Benitez submits himself to the Ballon d’Or winner

“I wish everyone had his desire to compete and win”

A week ago, Benitez equated him to Bale, James and Benzema

Casilla could get minutes against City

The Spanish national team will pay tribute to Casillas in Asturias

Will be on September 6, a day after the crucial match against Slovakia 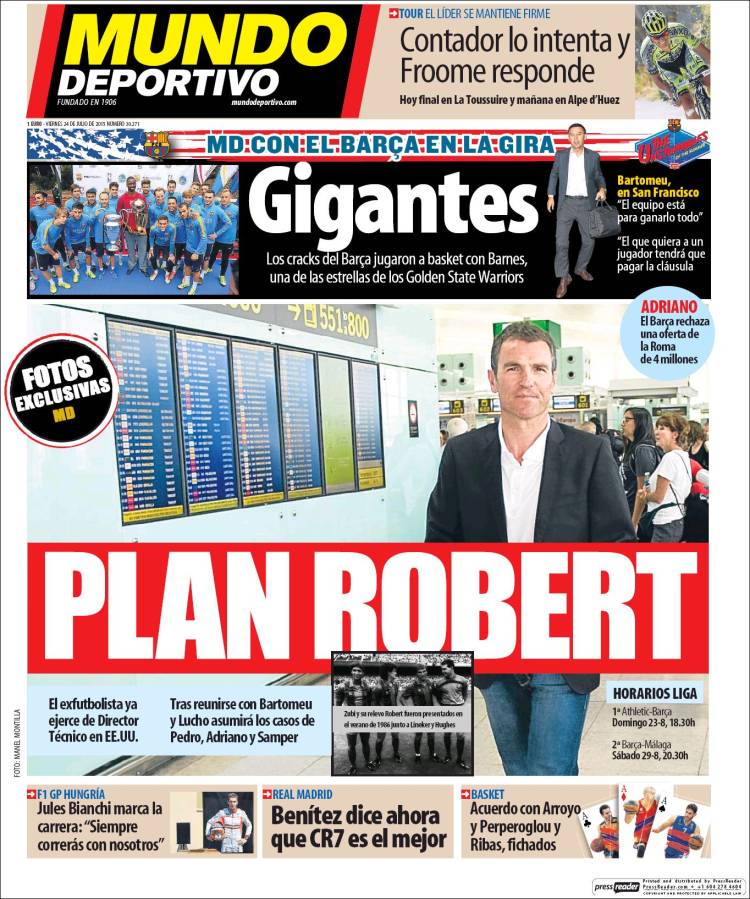 After meeting with Bartomeu and Enrique, he will now mull over the cases of Pedro, Adriano and Samper

Barca’s stars played basketball with Barnes, one of the stars of the Golden State Warriors

Bartomeu in San Francisco: “The team can win it all again”

“If anyone wants our players, they’ll have to pay their release clauses”