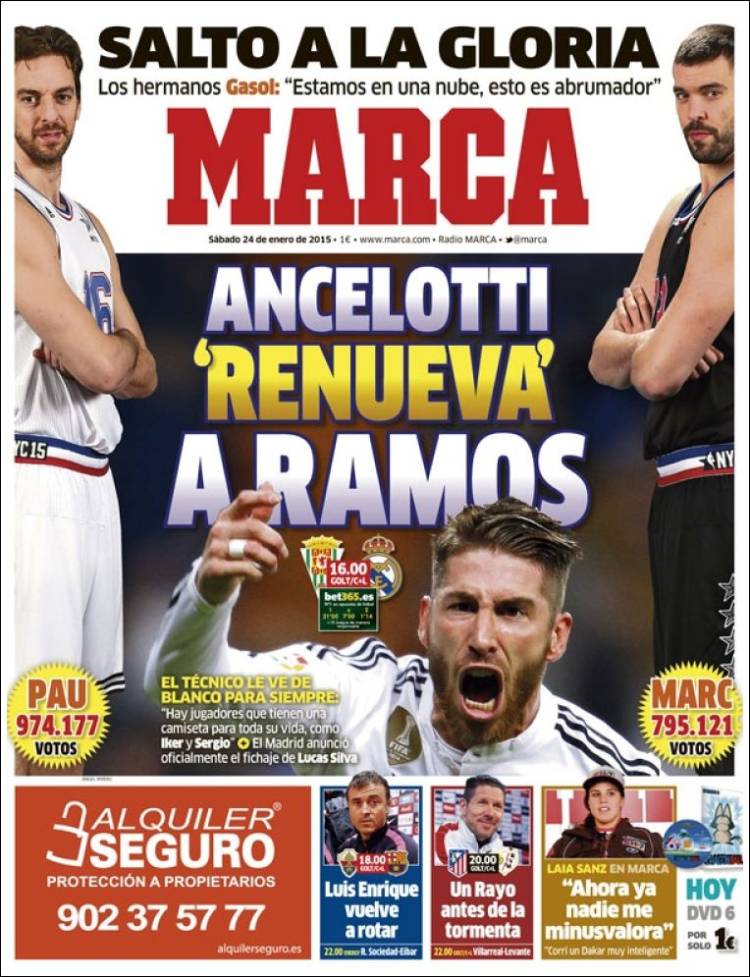 The Coach sees him as a Blanco forever

“There are players that have a shirt for life, like Iker and Sergio”

A Rayo against the storm 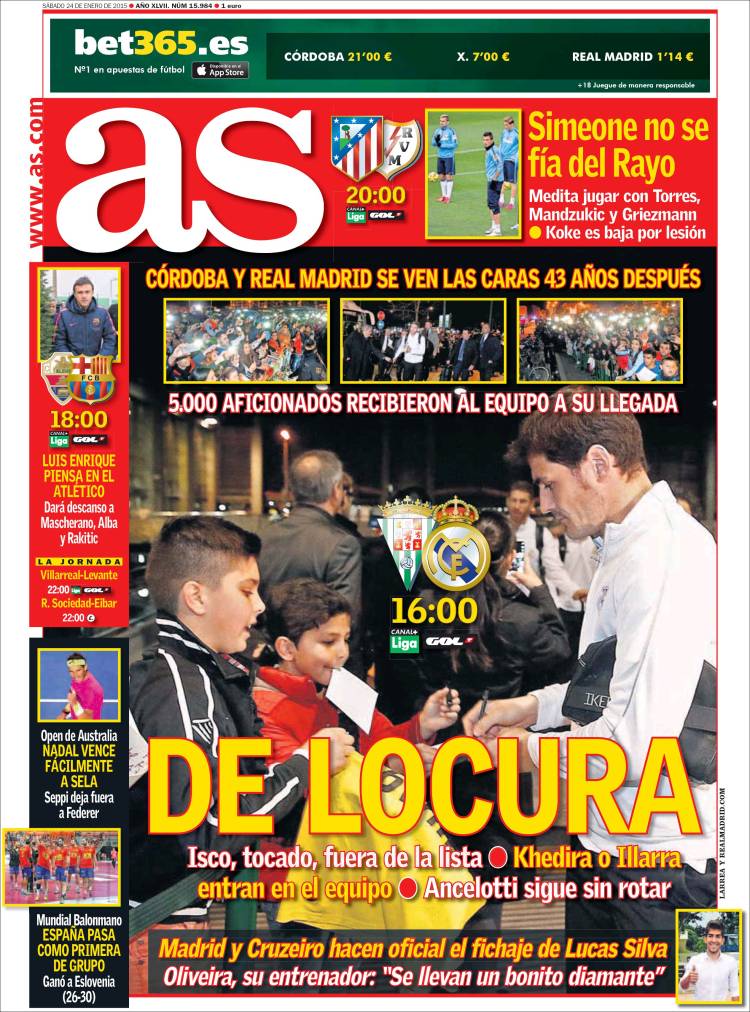 5,000 fans welcome the team on their arrival

Cordoba and Real Madrid face each other 43 years later

Isco, injured, out of the squad

Khedira or Illarra come into the team

Oliveira, his Coach: “They are taking away a beautiful diamond”

Koke is out through injury

Luis Enrique thinks about Atletico: he will give Mascherano, Alba and Rakitic a break 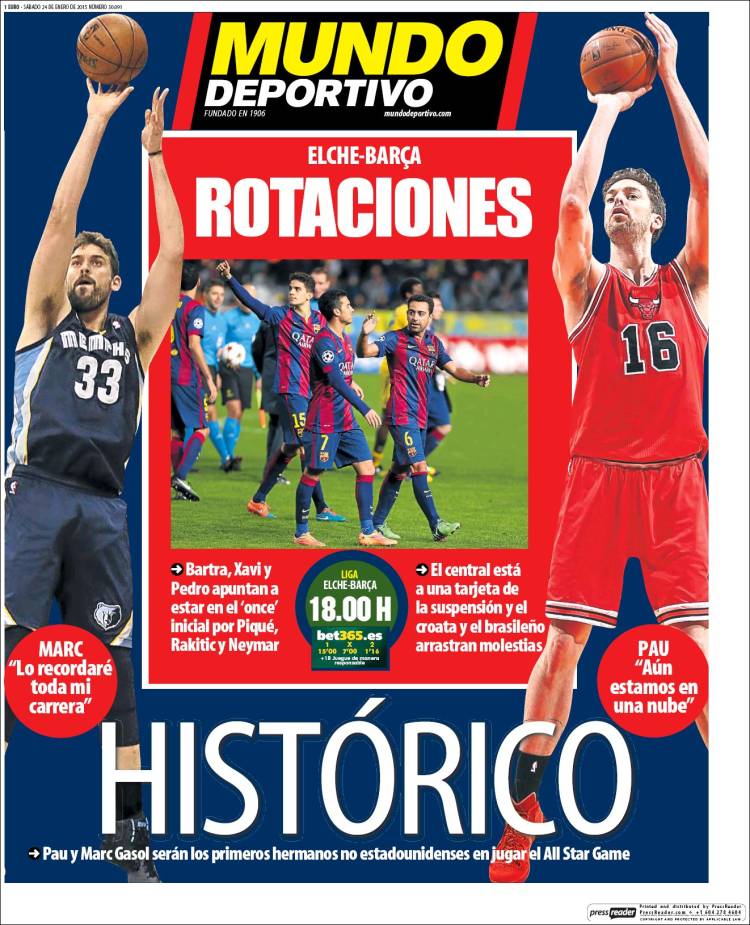 The signs are that Bartra, Xavi and Pedro will be in the starting line-up for Pique, Rakitic and Neymar