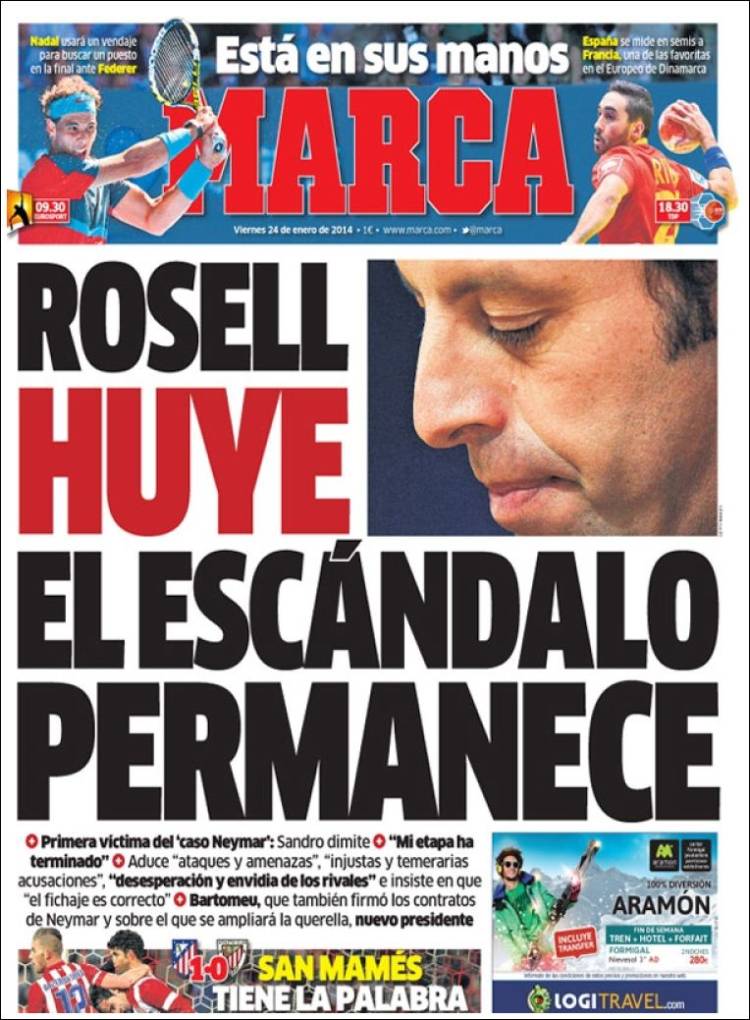 Rosell runs away from the scandal

The first victim of the 'Neymar case', Sandro resigns

"My time has ended," Rosell

He claims that "attacks and threats", "injustices and fearful accusations", "desperation and envy from the rivals" and insists "the signing was lawful"

Bartomeu, who also signed the contracts of Neymar and who is also involved in the investigation, is the new President

San Mames has the word

Spain meet France in the semis, one of the favourites 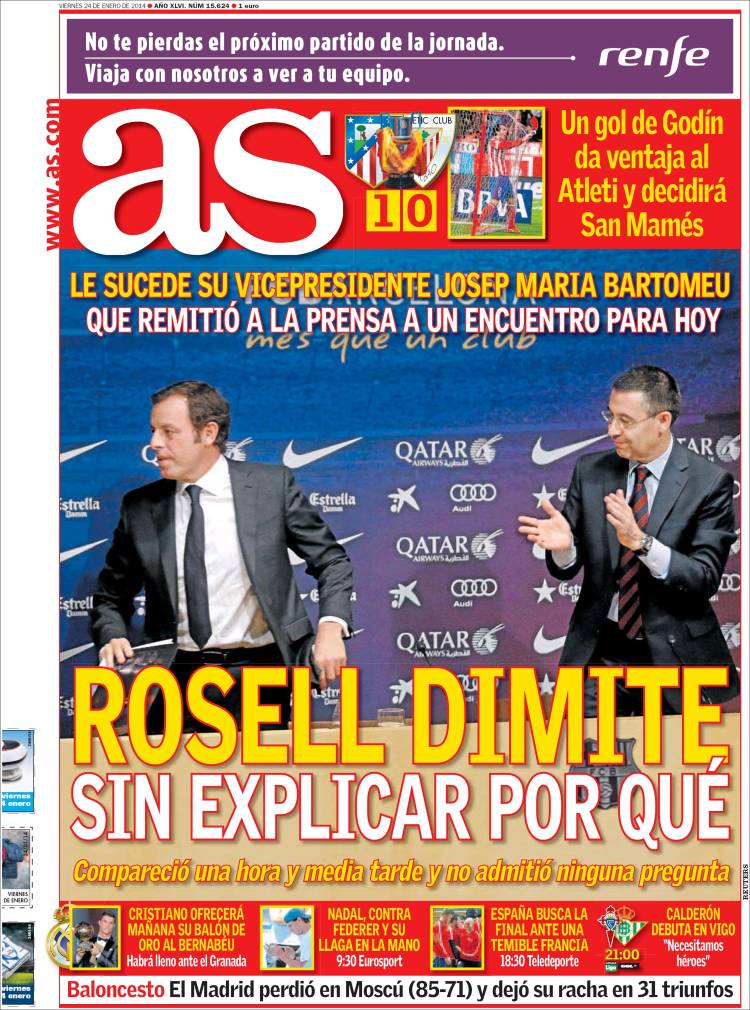 Rosell resigns without explaining why

He is succeeded by vice President Josep Maria Bartomeu

Cristiano to show off his Ballon d'Or to the Bernabeu tomorrow

It will be a full house against Granada

Nadal, against Federer and his hand injury

Spain looks for a place in the final against France

Calderon to debut in Vigo: "We need heroes" 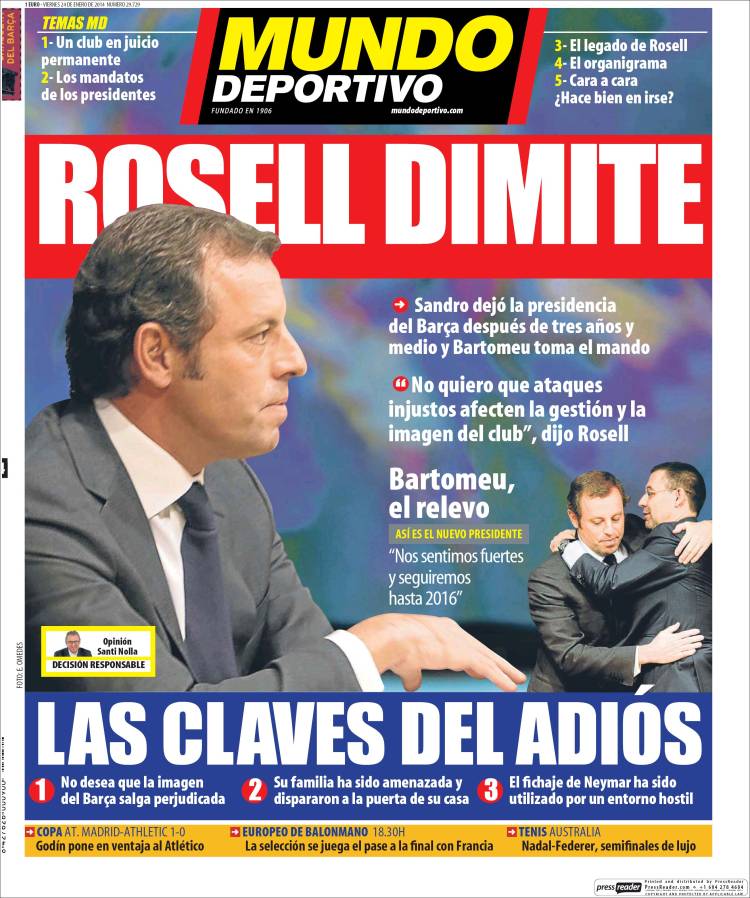 3. The arrival of Rosell

"I do not want unjustified attacks that affects the management and image of the club," Rosell said

"We feel strong and we will continue until 2016"

The reasons behind his goodbye

1. Does not want the image of Barca to be seen as one prejudiced against

2..His family have been threatened and targeted outside their home

3. The signing of Neymar has been used against him internally

Spain play France for a place in the final