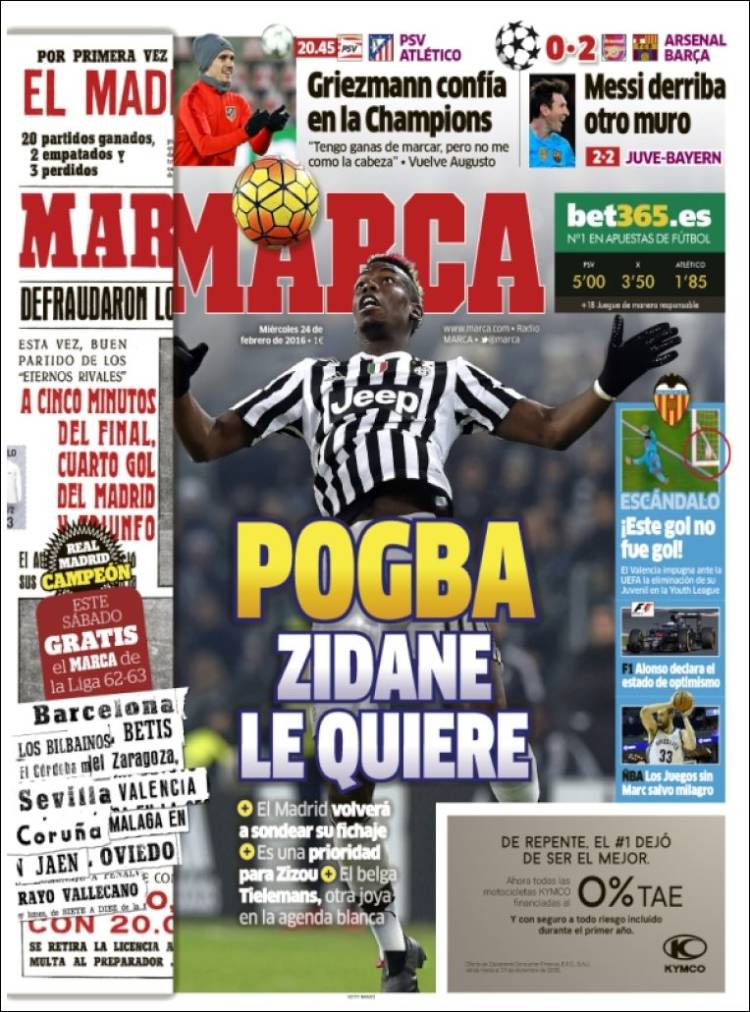 Griezmann confident in the Champions League

Messi knocks down another wall

Madrid will explore his signing again

He is a priority for Zizou

The Belgian Tielemans, another gem on the Blancos’ agenda

This goal was not a goal 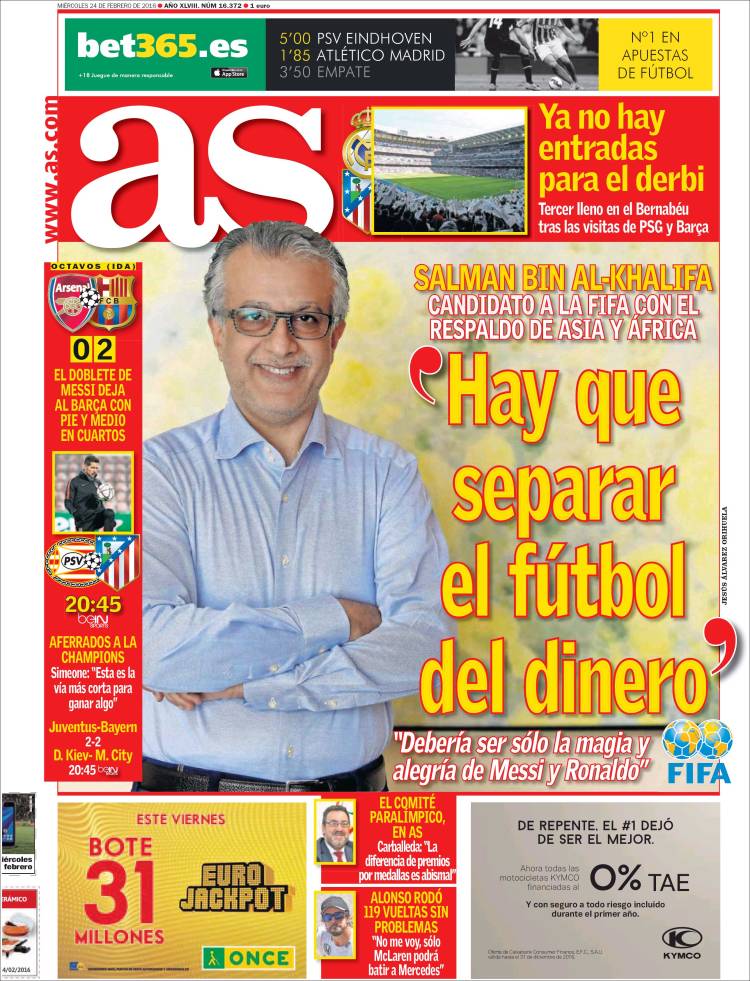 There are no tickets for the derby

Third sell-out after visits of PSG and Barca

Candidate for FIFA with the support of Asia and Africa

“We must separate the money of football”

Clinging to the Champions League

Simeone: “This is the shortest route to winning something” 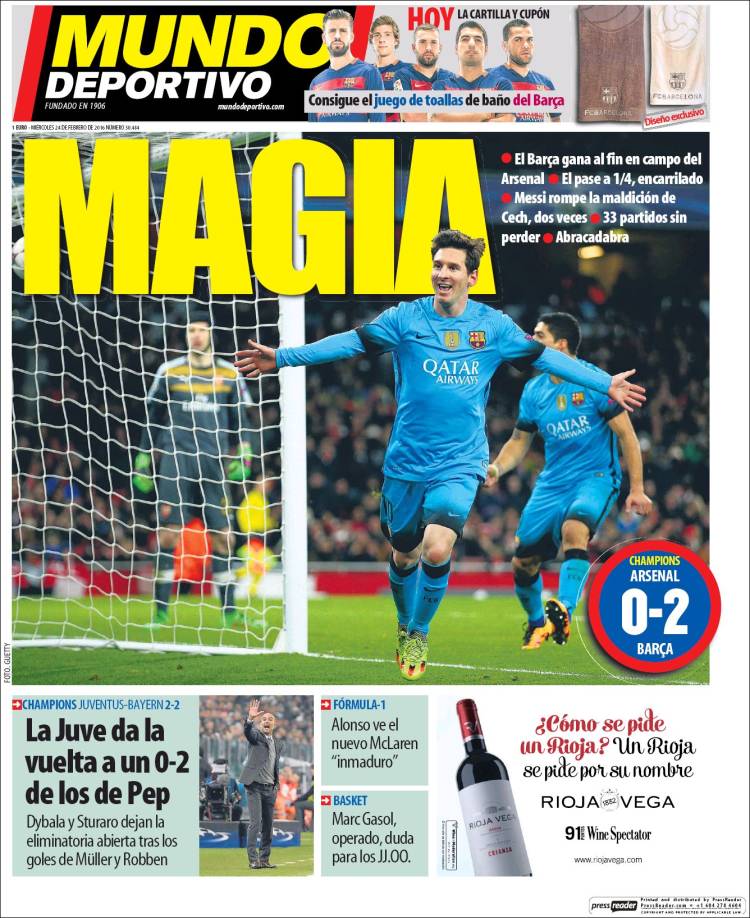 Barca win at last at Arsenal

The quarter-finals, on the right track

Juve turned around a 0-2 on Pep’s side