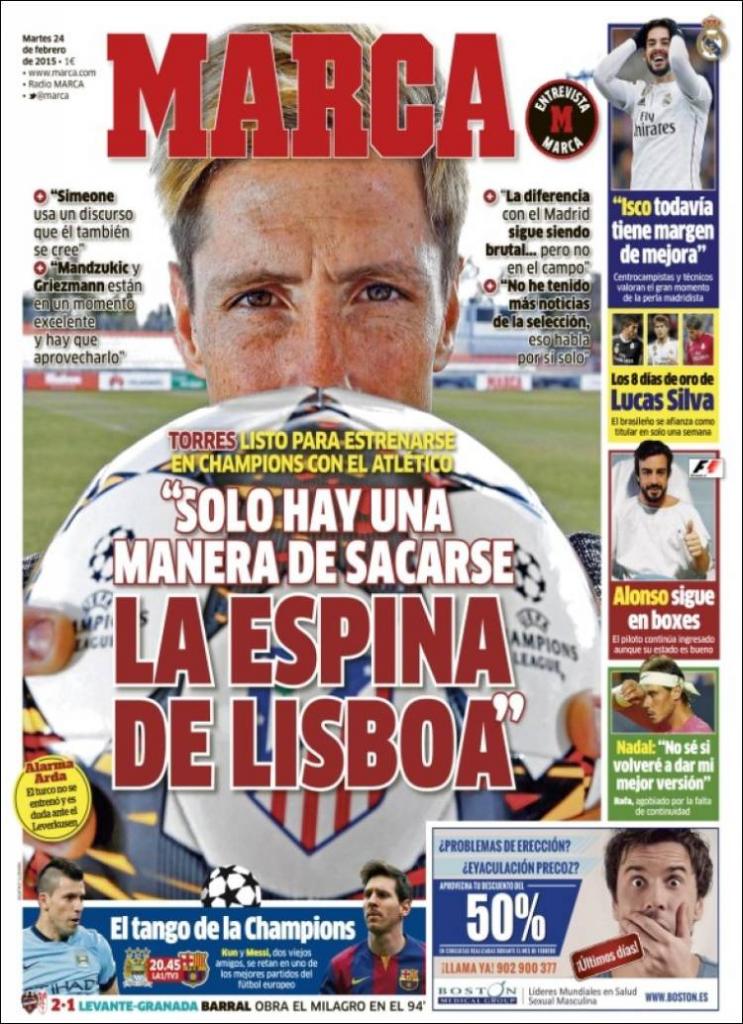 ‘There is only one way to remove the thorn of Lisbon’

Torres ready to enter the Champions League with Atletico

‘I’ve not had news from the national team, that speaks for itself’

The Turk doesn’t train and is doubtful for Leverkusen

‘Isco still has room for improvement’

The Brazilian is entrenched as a starter after only a week 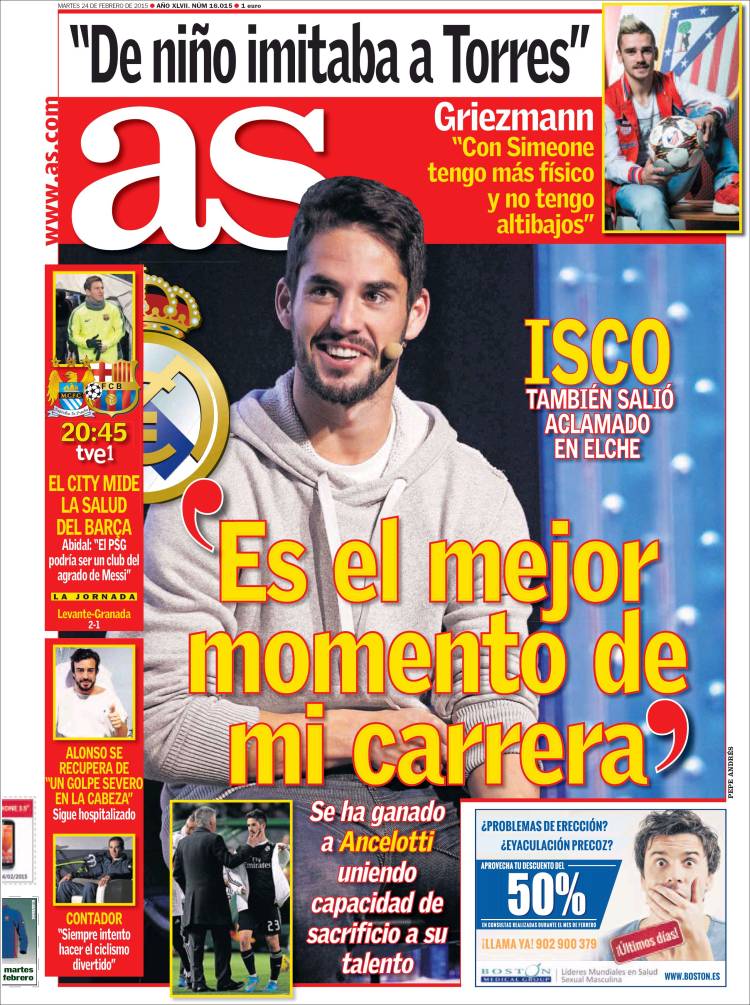 ‘It’s the best form of my career’

‘As a child I imitated Torres’

City to measure the health of Barca

Abidal: PSG might be the club that suits Messi 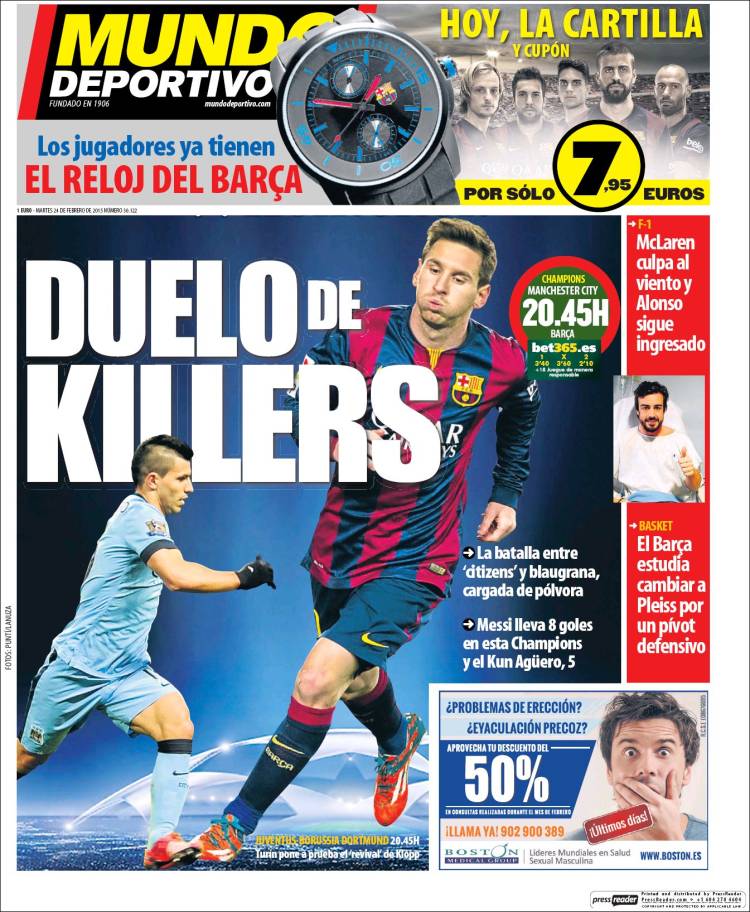 The battle between ‘citizens’ and ‘blaugrana’ loaded with gunpowder

Messi arrives with 8 goals in the Champions League, and Kun Aguero 5