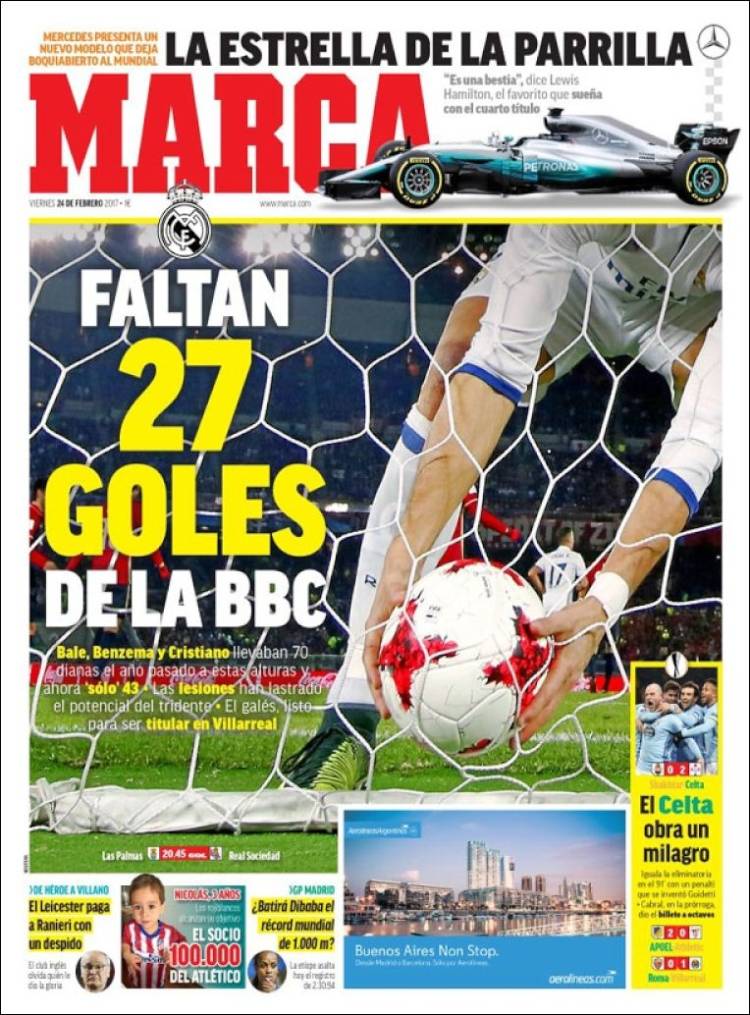 Bale, Benzema and Ronaldo had scored 70 goals at this point last season, now only 43, injuries have effected the trident, Bale to start v Villarreal 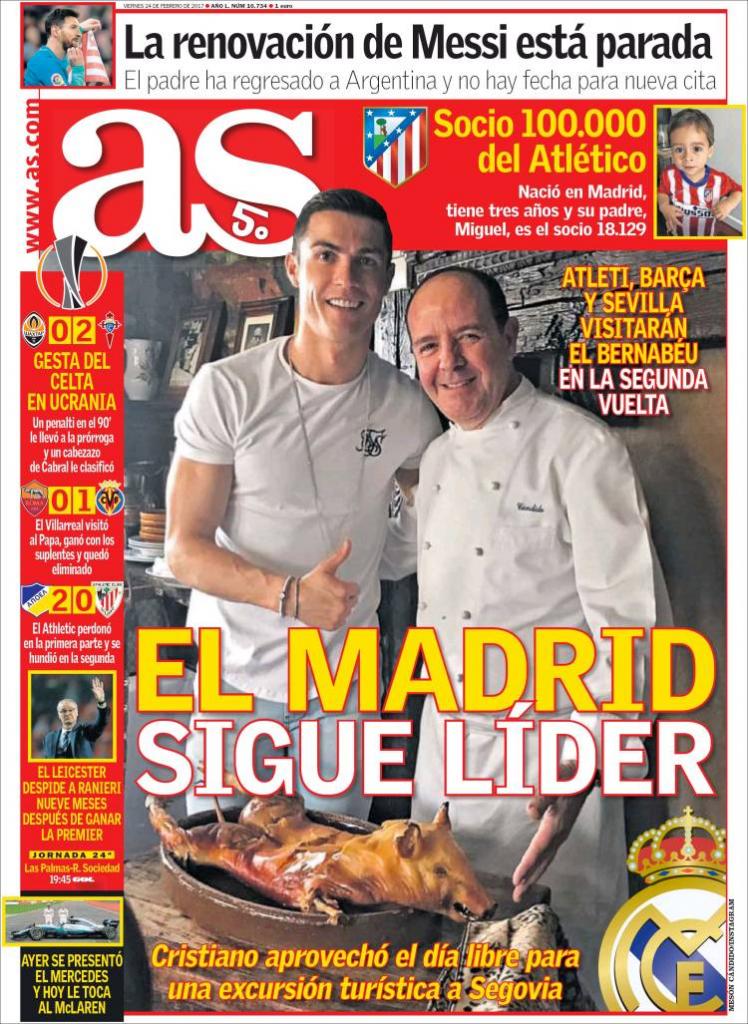 Atleti, Barca and Sevilla are yet to visit the Bernabeu

Ronaldo visits Segovia on his day off

Villarreal impressive win not enough as they're eliminated

Athletic poor in first half, sink in second 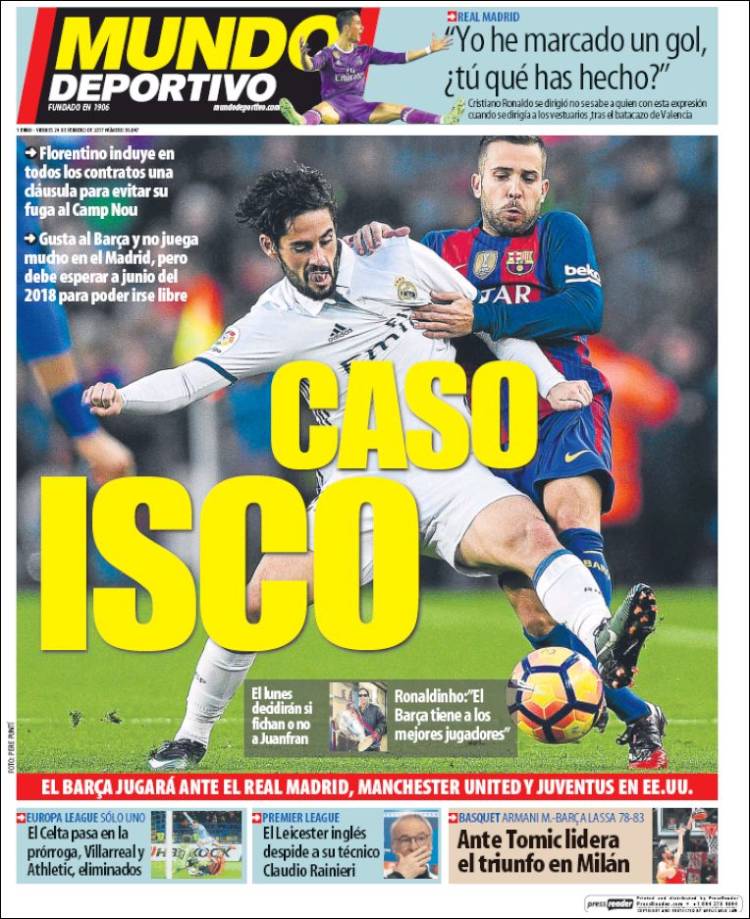 He likes Barca and doesn't play much at Madrid, but must wait until June 2018 to be free

"I've scored a goal, what have you done?" - Ronaldo vents anger after Mestalla

Monday will be decision day for Barca on Juanfran

Ronaldinho: Barca have the best players