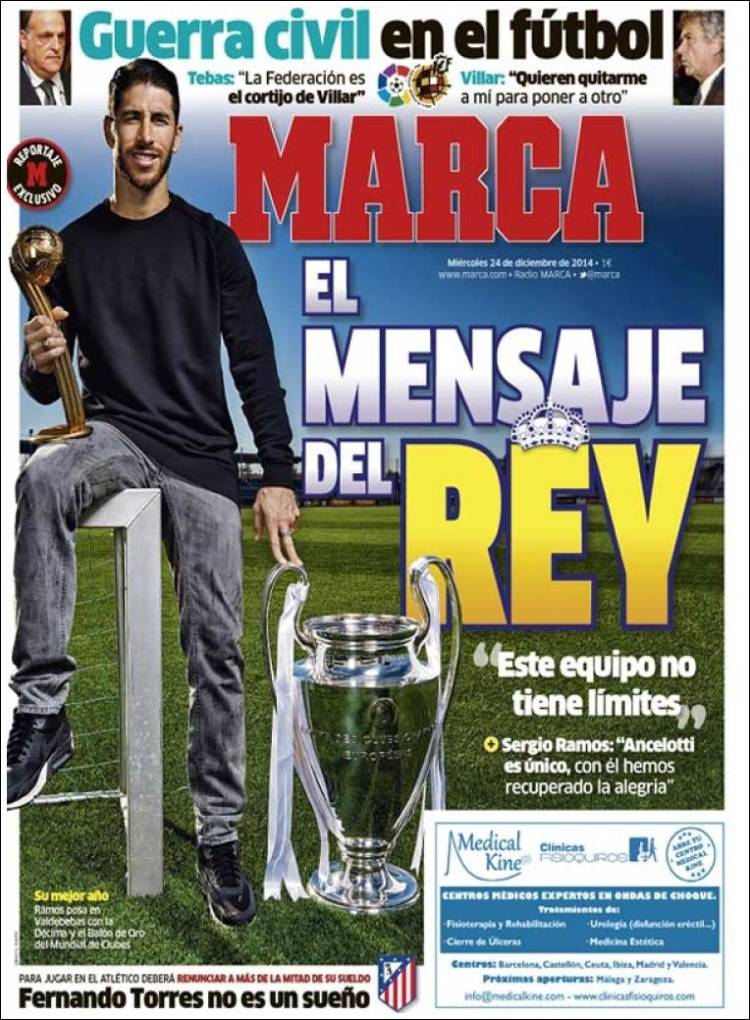 The message from the King

“This team has no limits”

Sergio Ramos: “Ancelotti is unique, with him we have got back our joy”

His best year: Ramos poses at Valdebebas with the Decima and the Ballon d’Or from the Club World Cup

Tebas: “The Federation is Villar’s own house”

Villar: “They want to get rid of me for somebody else”

Fernando Torres is not a dream 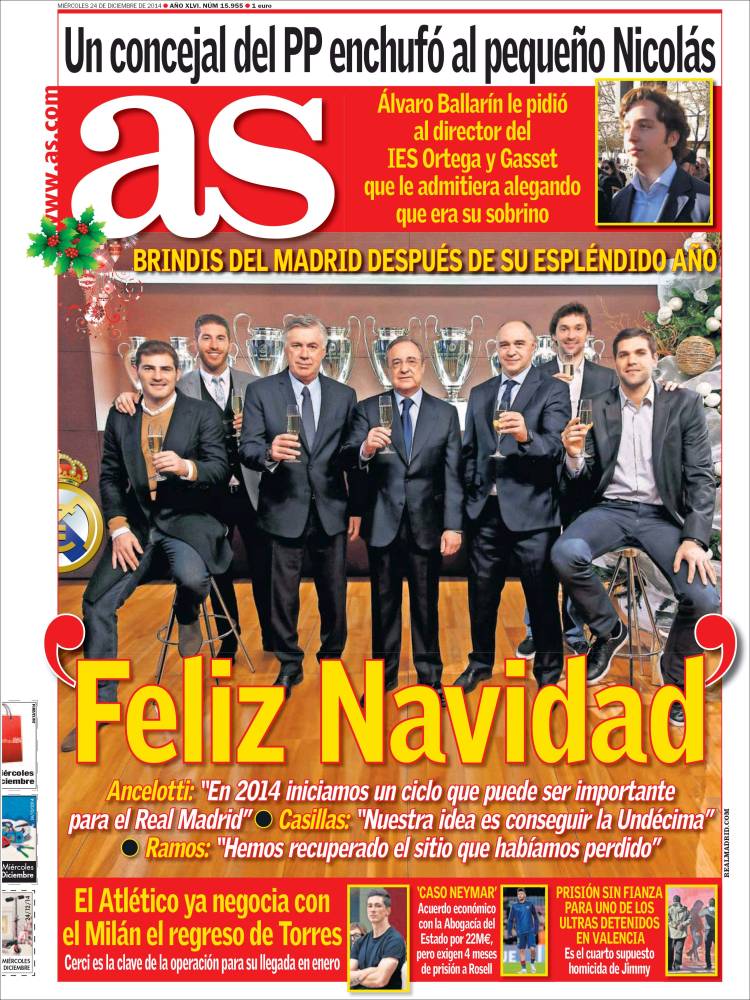 Ancelotti: “In 2014 we started a cycle that could be important for Real Madrid”

Ramos: “We’ve got back the standing we had lost”

A toast to Madrid after their splendid year

Atletico are negotiating with Milan for Torres’ return

‘Neymar case’: Economic agreement with the state’s legal arm for €22m but they demand four months in prison for Rosell

Prison without bail for one of the ultras arrested in Valencia

He is the fourth alleged murderer of Jimmy 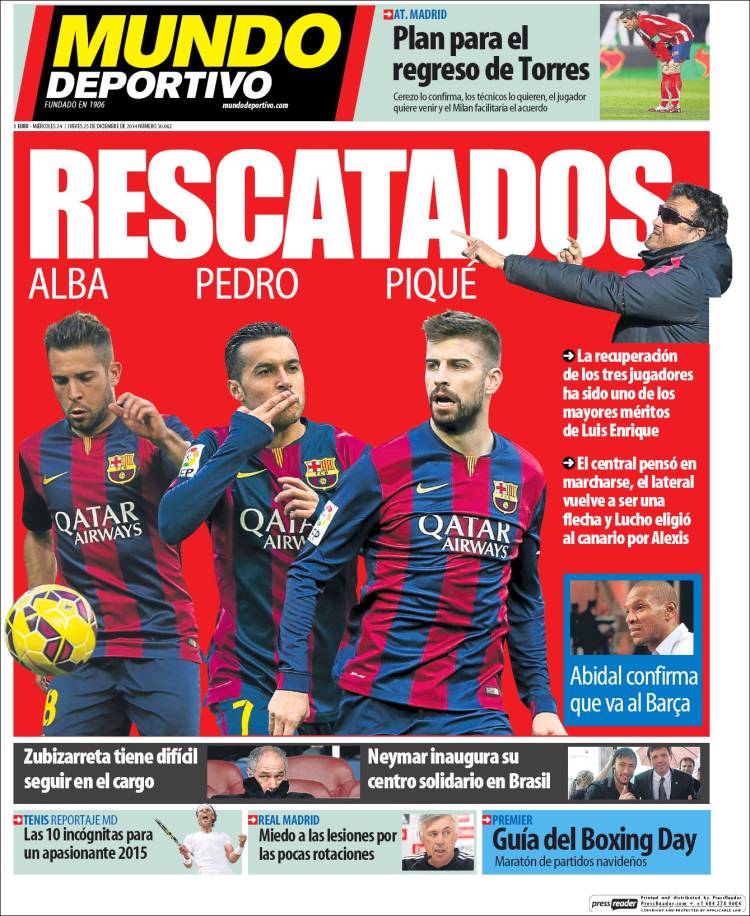 The central defender thought of leaving, the full-back has returned to be key and Lucho chose the Canaries-born player over Alexis

Abidal confirms he is going to Barca

Zubizarreta finds it difficult to continue in charge

Neymar inaugurates his foundation in Brazil

Real Madrid: Fear of injury due to lack of rotations

Cerezo confirms it, the coaches want him, the player wants to come and Milan will enable the agreement to be made