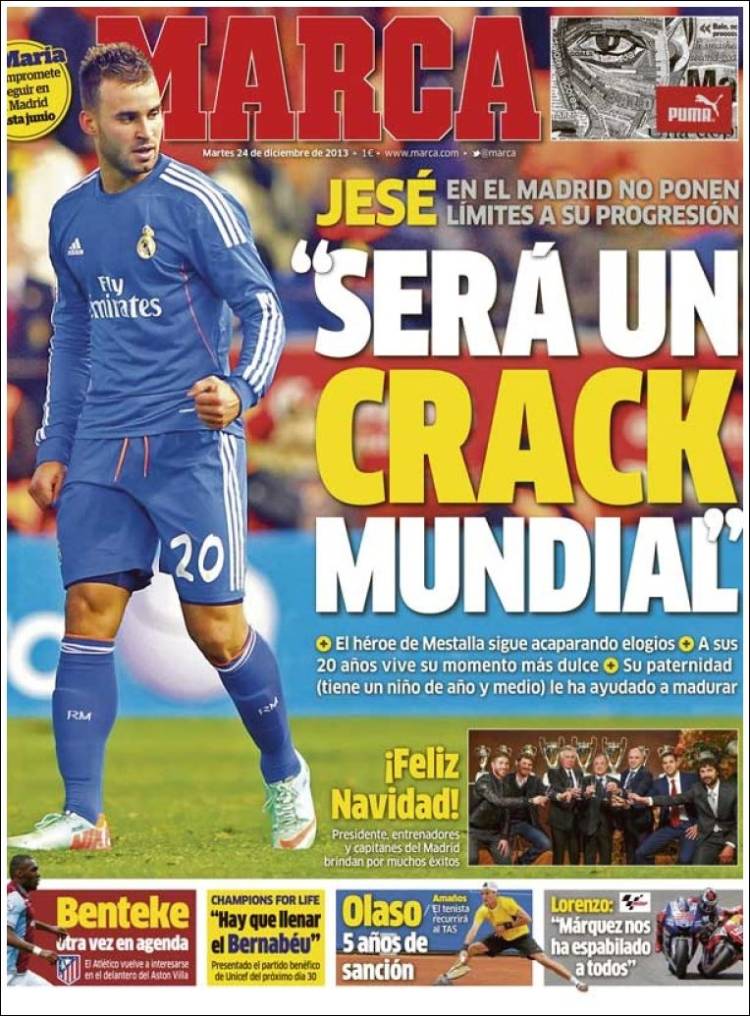 "He will be a world star"

The hero of the Mestalla continues earning the plaudits

Merry Christmas: The President, coaches and captains of Madrid make a toast for much success

Atletico are again interested in the Aston Villa forward

Champions for life: "The Bernabeu has to be full," the President of Unicef

Lorenzo: "Marquez gives us something to cheer" 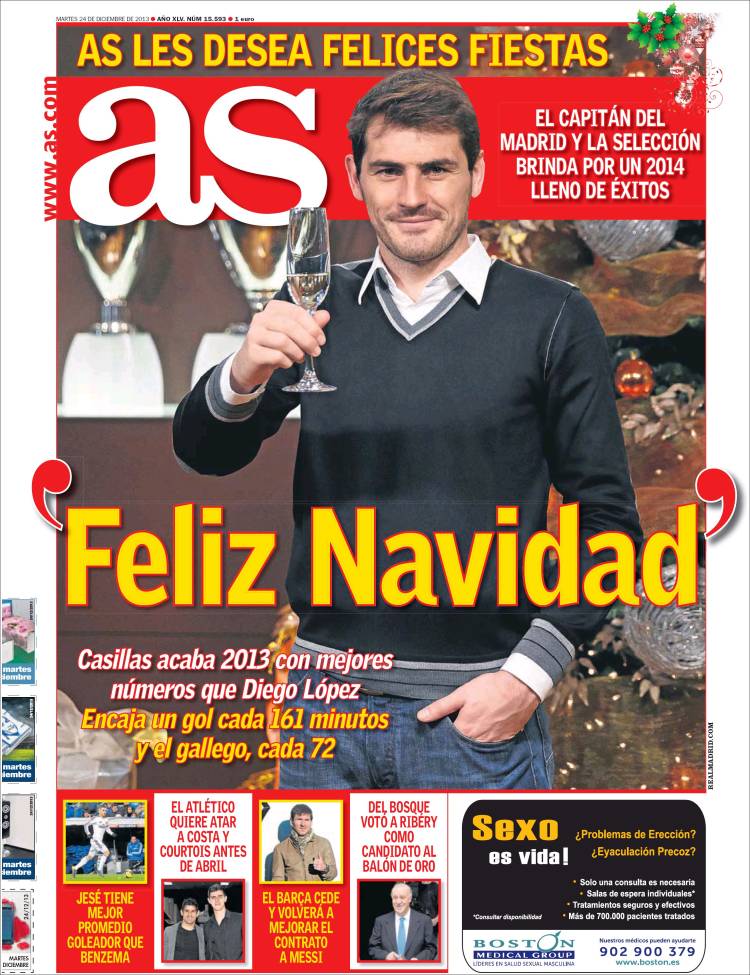 He has conceded a goal every 161 minutes, Lopez every 72 minutes

Jese has a better average than Benzema

Atletico want to tie down Costa and Courtois before April

Barca to give the best contract to Messi

Del Bosque votes for Ribery for the Balon d'Or 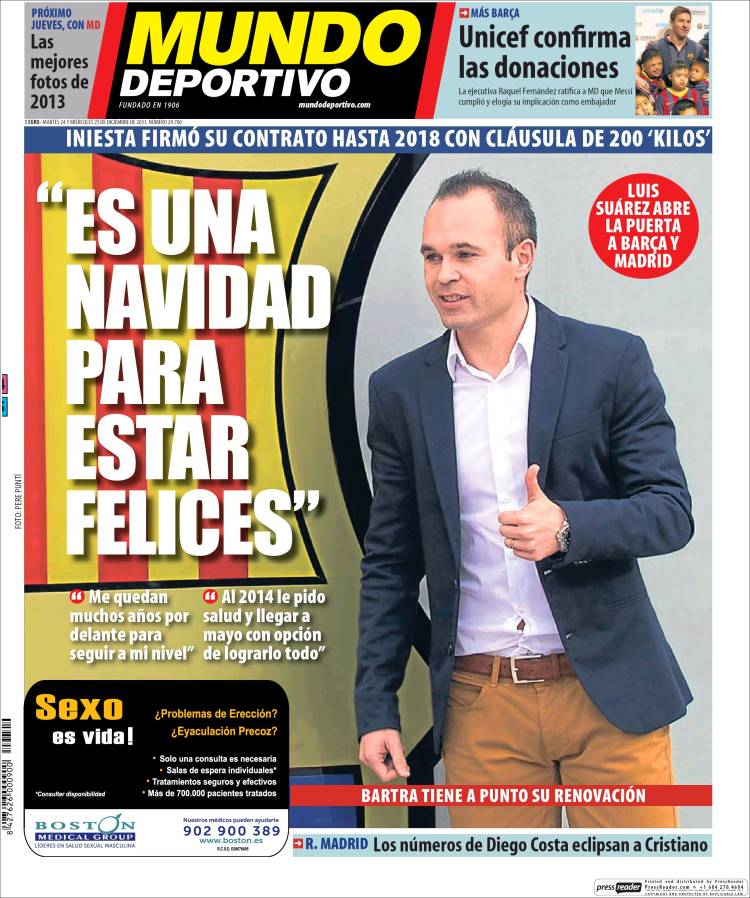 "It is Christmas to be happy," Iniesta

"I have many years still to continue at the best level"

Luis Suarez opens the door to Real Madrid or Barcelona

Iniesta signs an extension until 2018 with a clause of €200m

Bartra is close to signing a new contract

Real Madrid: The numbers of Diego Costa surpass those of Ronaldo