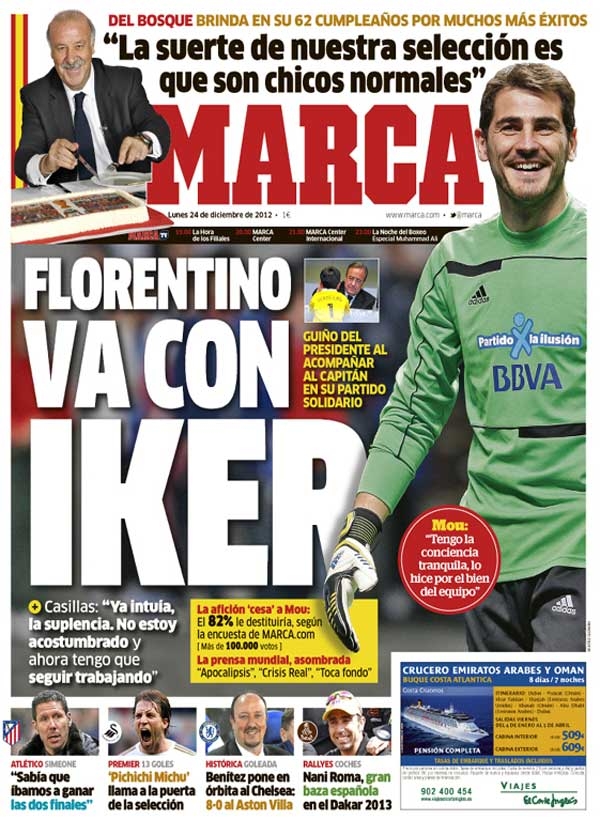 Florentino goes with San Iker: a wink from the President who accompanies the captain to his game of solidarity

Casillas: I had sensed that I would get bench. I am not used to it and now I have to work

Mou: I have the conscience and calm which is good for my team

The fans have had enough; 82 per cent would dismiss according to a survey on Marca.com (more than 100,000 votes

Atletico’s Diego Simeone: I knew that we would win the last two matches

Premier League: ‘Pichichi Michu’ knocking on the door of the Spanish national team

Rally: Nani Roma, a great representative for Spain in Dakar 2013

Del Bosque celebrates 62 years of success: the great thing about our team is that we have many level-headed guys 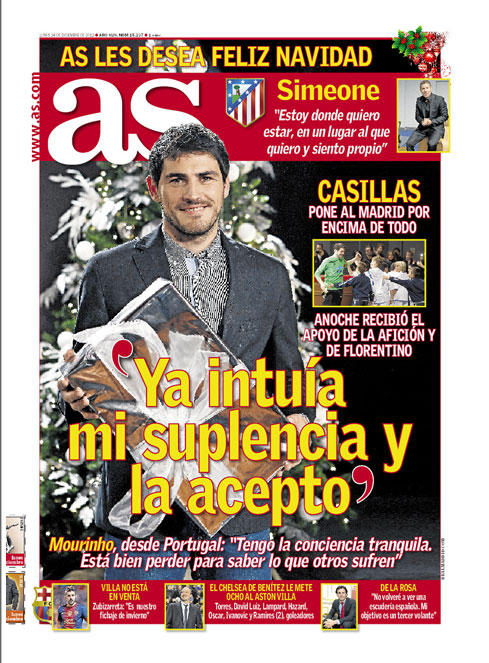 AS wishes you happy Christmas

Casillas: I had already sensed that I would be benched and I accepted it

Casillas: Puts Madrid above everything else, last night receives the support of the fans and Florentino

Mourinho, from Portugal: I have a calm conscience. It is good to lose to know how the others feel

Villa is not for sale, Zubizarreta: He is our winter signing

De La Rosa: I will not return to the Spanish team. My objective is a third wheel

Simeone: I am where I want to be, in the place that I love and feel good 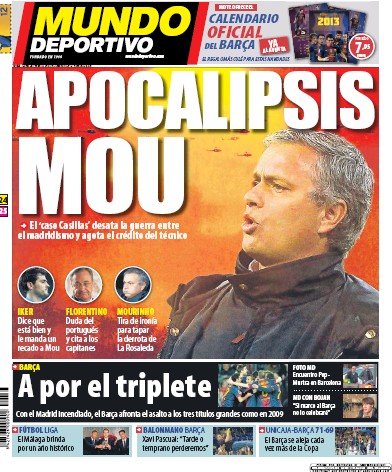 Iker: says that it’s well and sends a message to Mou

Florentino: Doubt about the Portuguese and arranges a meeting with the captains

Mourinho: Uses irony to cover the loss at La Rosaleda

Barca: For the triple

Meeting of Pep and Murtra in Barcelona

Bojan: If I score I will not celebrate

La Liga: Malaga drink a toast to an historic year

Handball, Barcelona’s Xavi Pascual: sooner or later we will lose