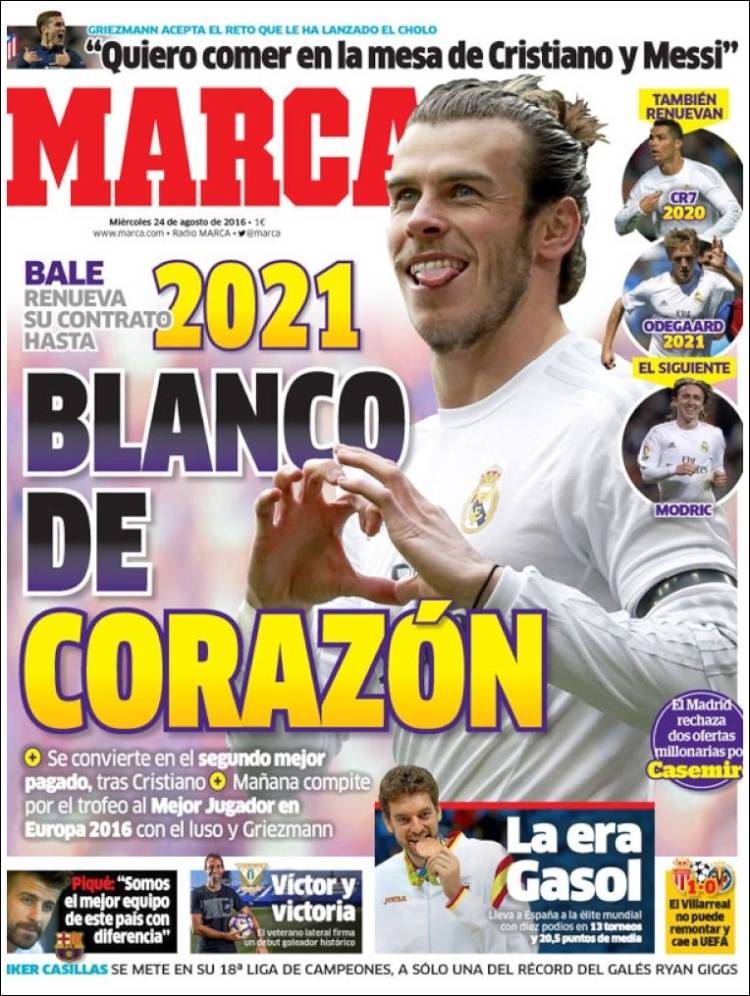 Griezmann accepts the challenge put to him by Cholo

“I want to eat at Cristiano and Messi’s table”

Renews his contract until 2021

He becomes the second-highest paid, after Cristiano

Pique: “We are the best team in the country by far”

Villarreal can’t recover and drop to [the Europa League]

Gets into his 18th Champions League, to the record of only the Welshman Ryan Giggs 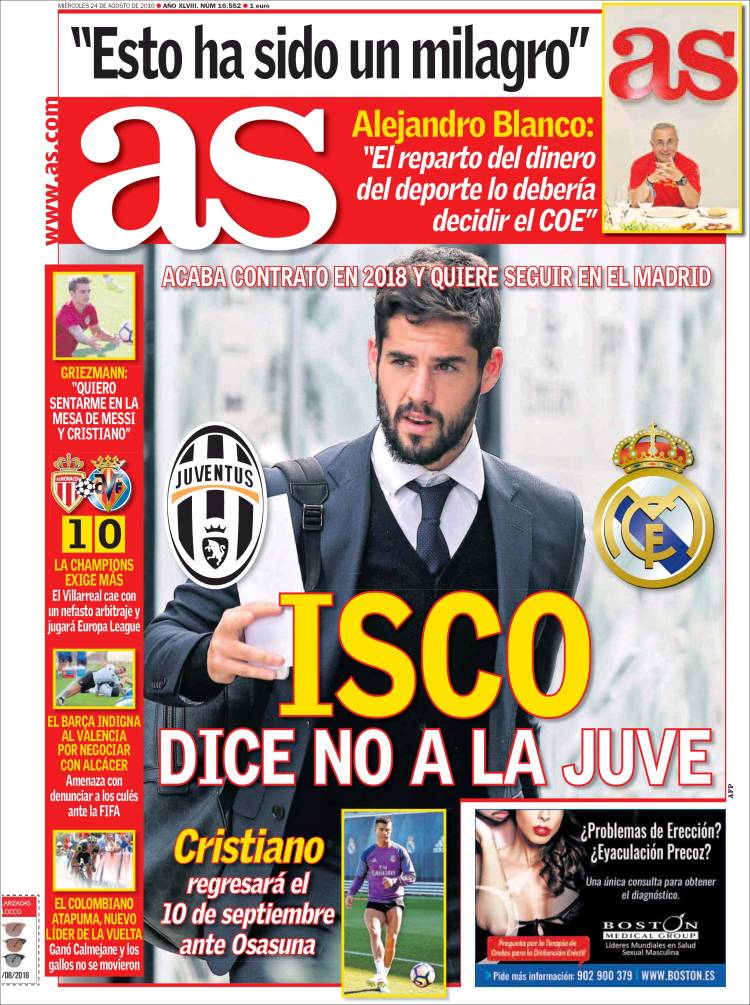 “This has been a miracle”

Alejandro Blanco: “The distribution of sport money should be decided by the COE”

Out of contract in 2018 and wants to stay in Madrid

Isco says no to Juve

Cristiano returns on September 10 against Osasuna

Griezmann: “I want to sit at Messi and Cristiano’s table” 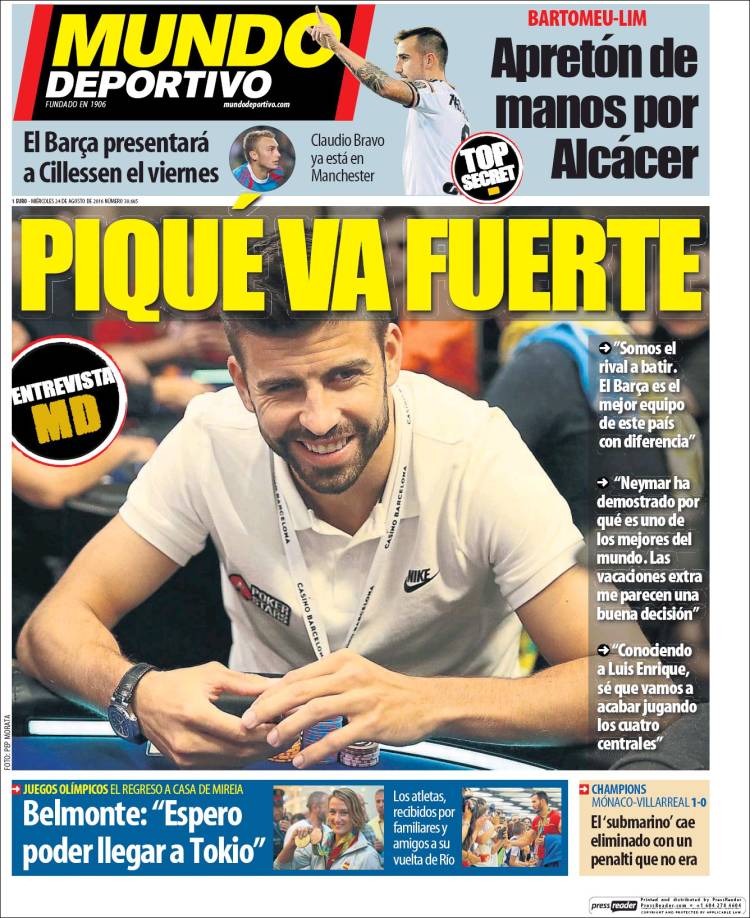 Barca to present Cillessen on Friday

Claudio Bravo is in Manchester

“We are the team to beat. Barca are the best team in the country by far”

“Neymar has shown he’s one of the best players in the world. The extra holidays he’s given is the right decision”

“Knowing Luis Enrique, we will end up playing the four centre-backs”

The Submarine eliminated with a penalty that wasn’t