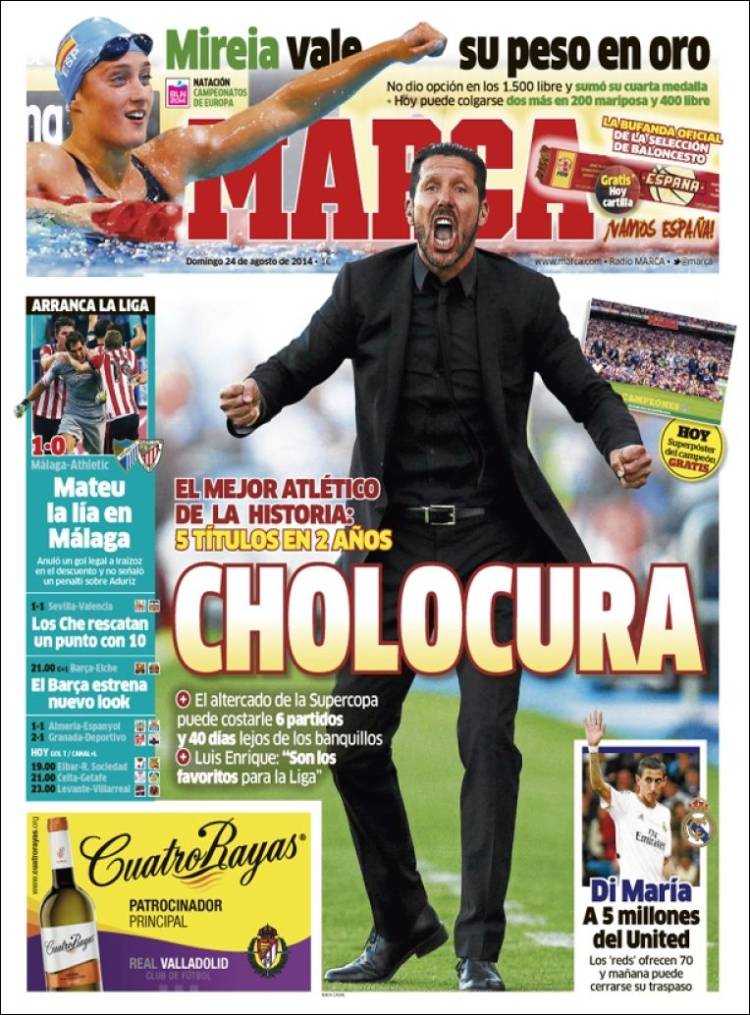 The best Atletico team in history: 5 titles in 2 years

Luis Enrique: they are favourites for La Liga

Mateu: Disallows a legal goal by Irazoiz and doesn't give a penalty about Aduriz

Los Che save a point with 10 players 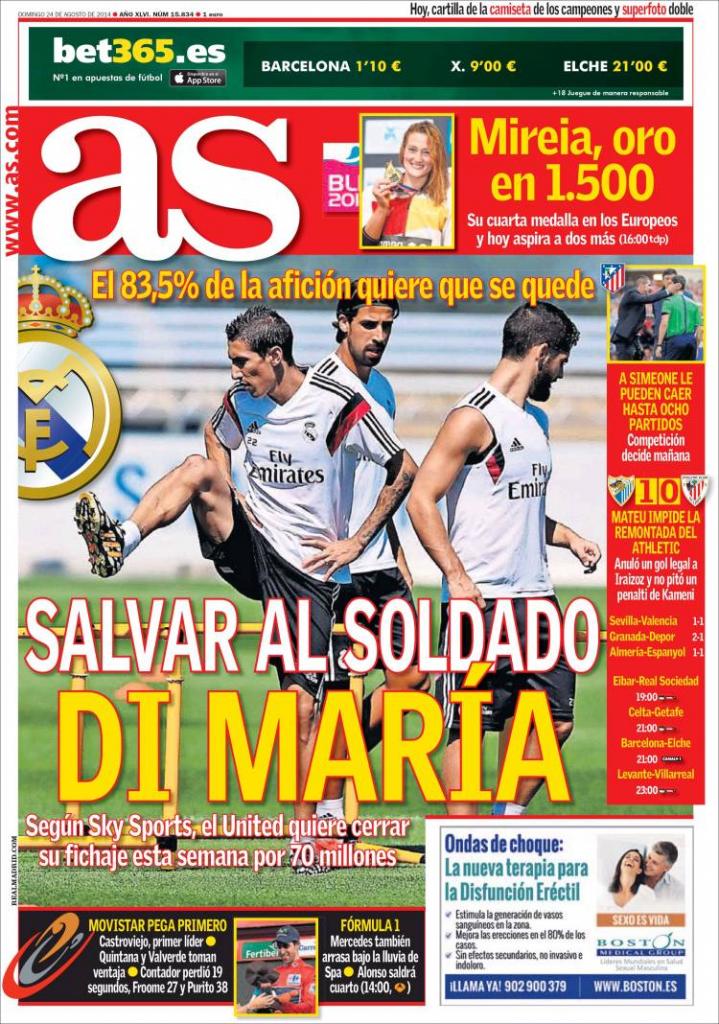 Save the soldier Di Maria - following Sky Sports, Manchester United want to close the signing of Di Maria this week for €70m

Simeone could be banned for up to eight games 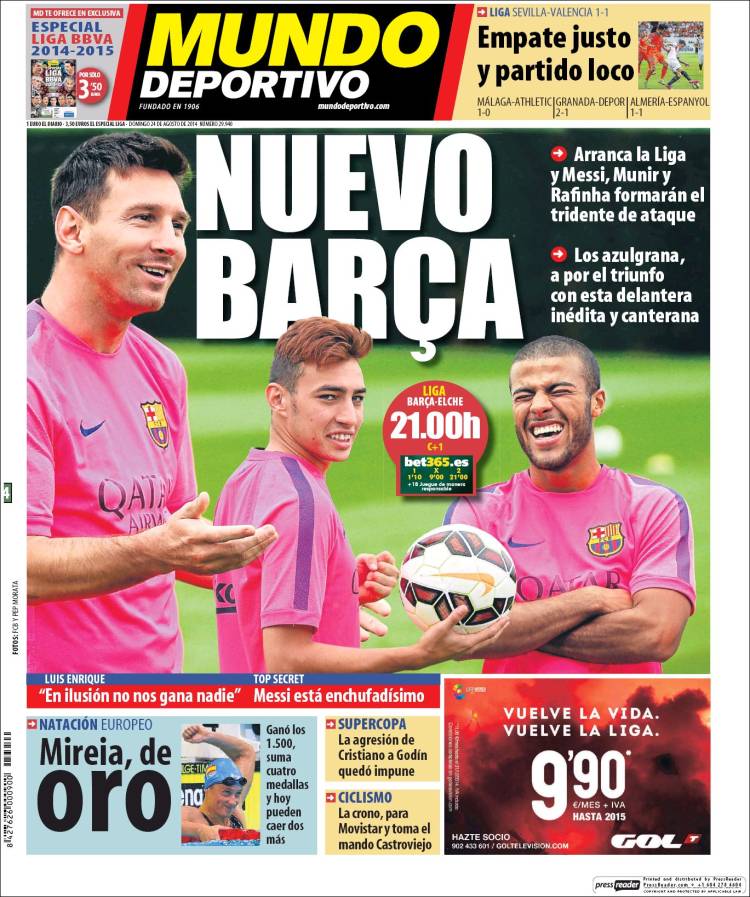 New Barcelona: the League starts with Messi, Munir and Rafinha making up the attacking three

A fair draw and a crazy game

Super Cup: the fight between Ronaldo and Godin goes unpunished

The hope is that nobody can beat us