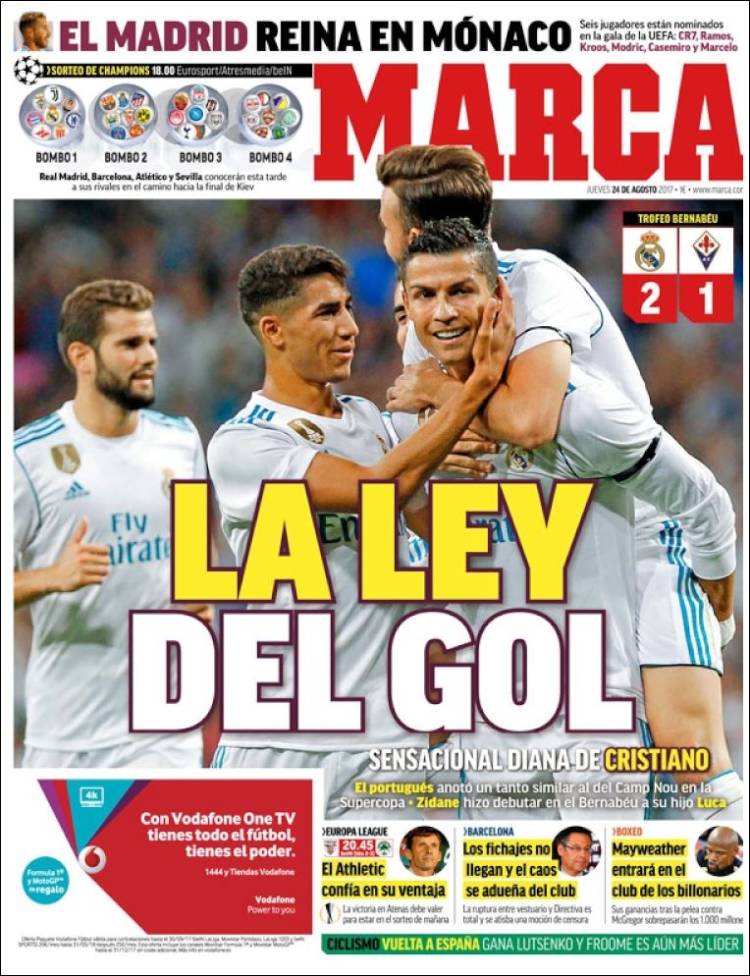 The law of the goal 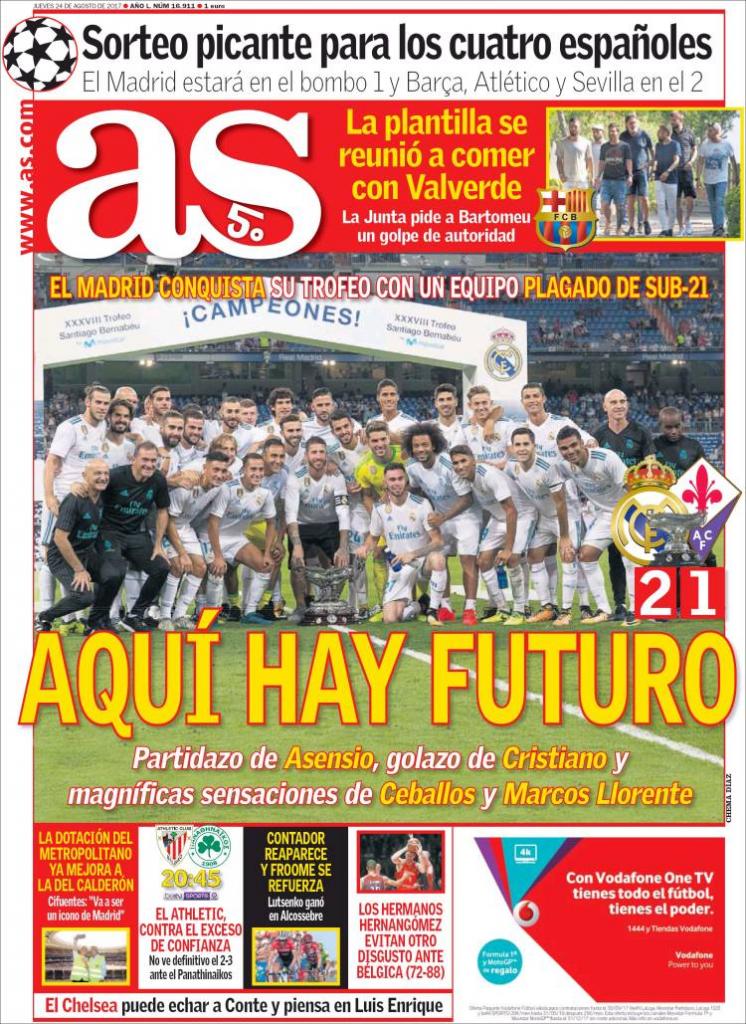 Spicy draw for the four Spanish sides - Madrid in pot one, Atletico, Barca & Sevilla in two

Athletic, against excess of confidence

Chelsea want to throw Conte and replace him with Luis Enrique 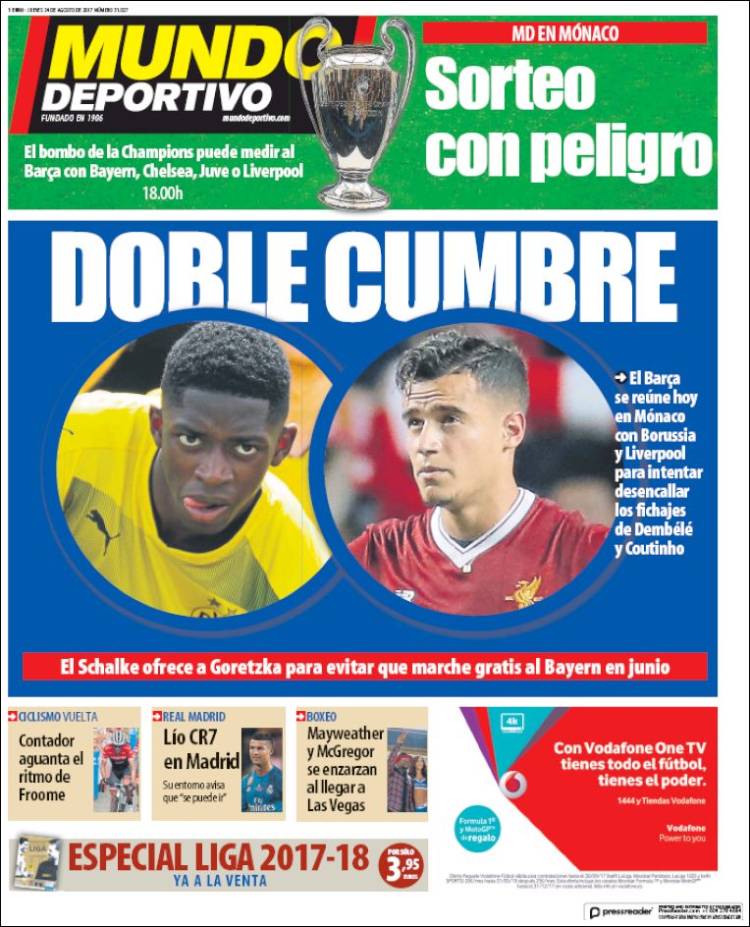 Barca to reunite with Dortmund and Liverpool in Monaco today, will discuss Dembele and Coutinho