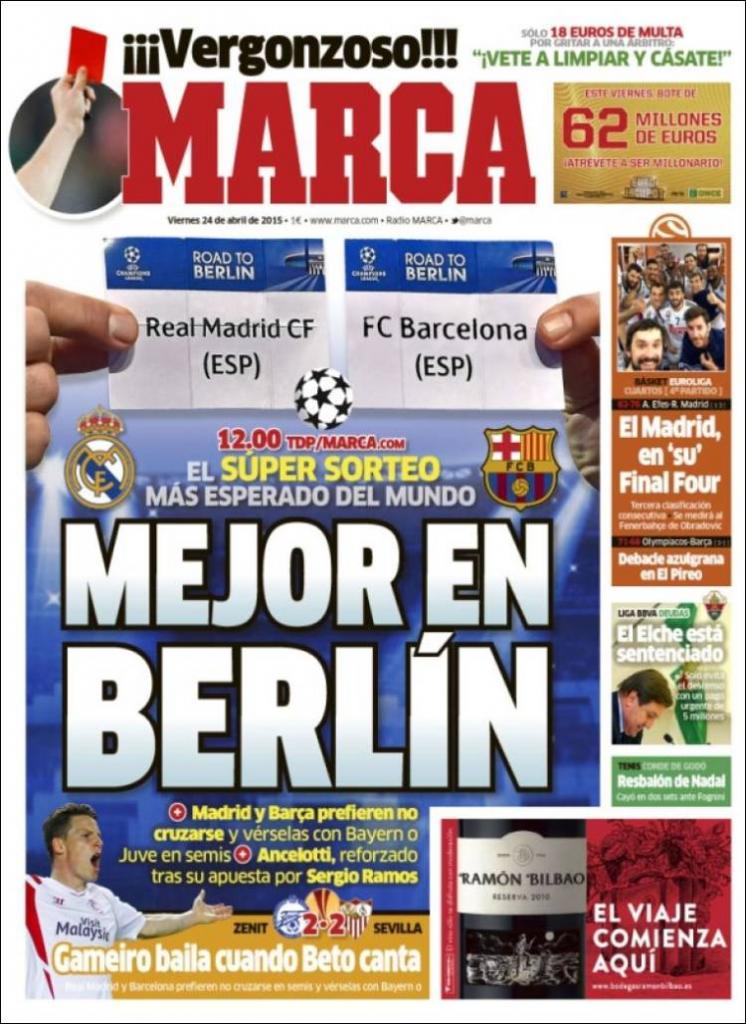 The most-awaited ‘superdraw’ in the world

Ancelotti, reinforced after his gamble on Sergio Ramos

Disgraceful! €18 fine for shouting at a referee: “Go home and do the cleaning!”

Elche are doomed. They can only avoid relegation with an urgent payment of €5m 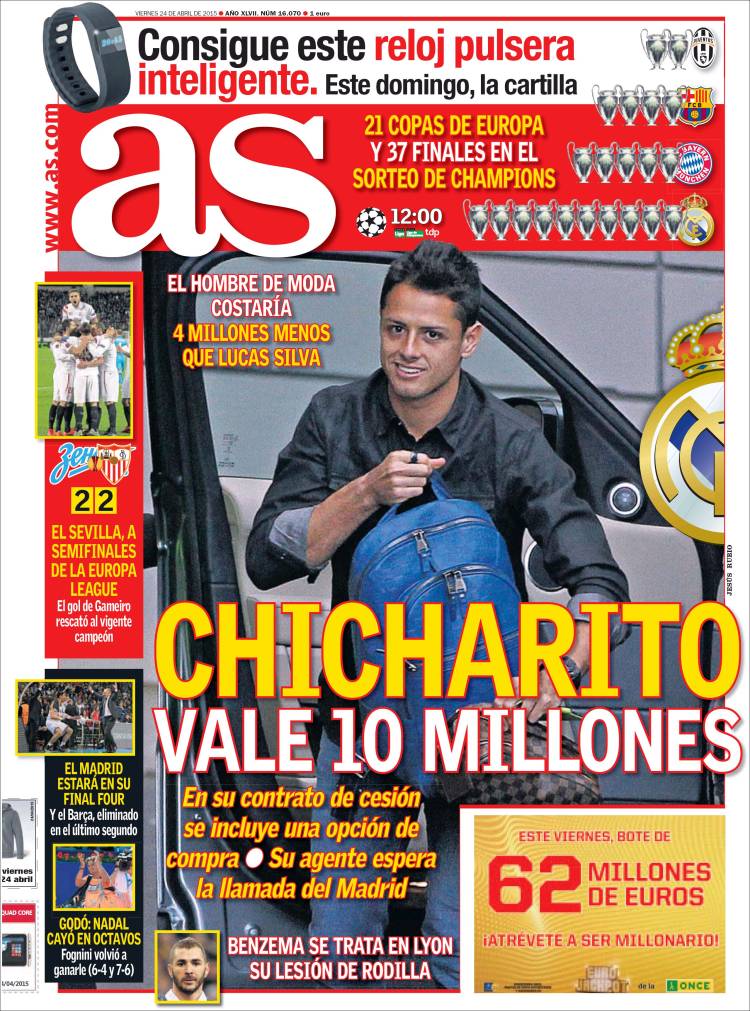 Chicharito is worth €10m

His loan contract includes an option to buy

His agent is waiting for a call from Madrid

Benzema treated in Lyon for his knee injury

21 European Cups and 37 finals in the Champions League draw

Sevilla into the semi-finals of the Europa League 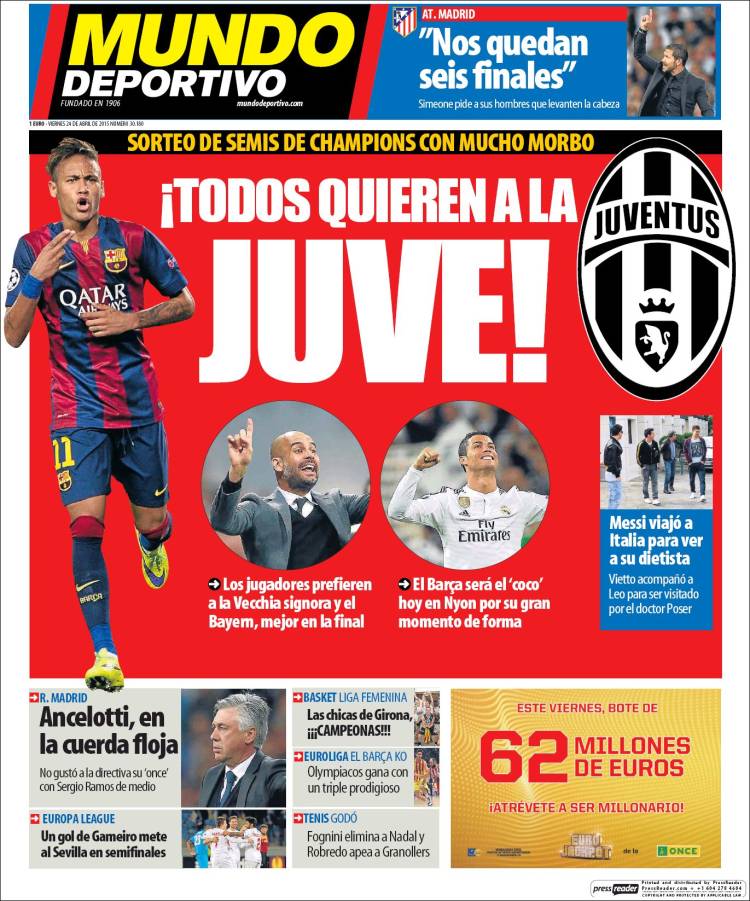 Champions League semi-final draw with a lot of fear

Messi travelled to Italy to see his dietician

Vietto accompanied Leo for his visit to Doctor Poser

Simeone asks his players to get their heads up. “We have six finals left”

Ancelotti on a tightrope. The management didn’t like his starting line-up with Sergio Ramos in midfield

A Gameiro goal puts Sevilla into the semi-finals