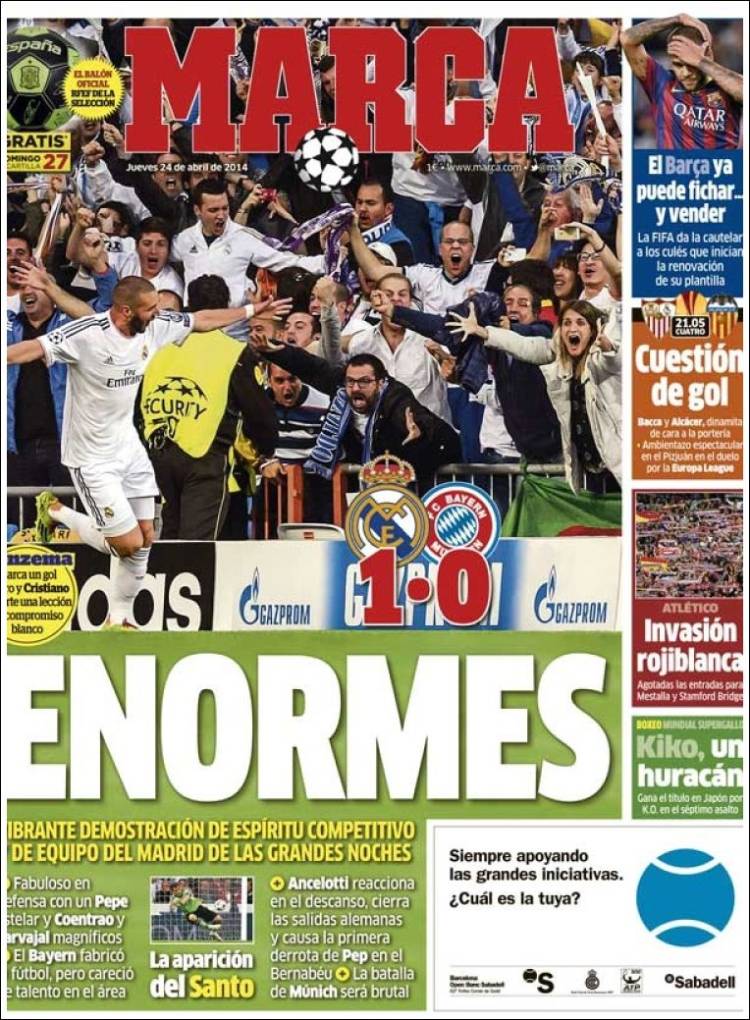 Fabulous in defence with Pepe shining and Coentrao and Carvajal magnificent

Bayern played good football, but lacked the finishing touch in the final third

Ancelotti reacted after the break, shutting down the German's threats and bringing about Pep's first loss at the Bernabeu

The battle in Munich will be brutal

FIFA suspend the ban on the Cules

A question of goals

Bacca and Alcacer lead their teams 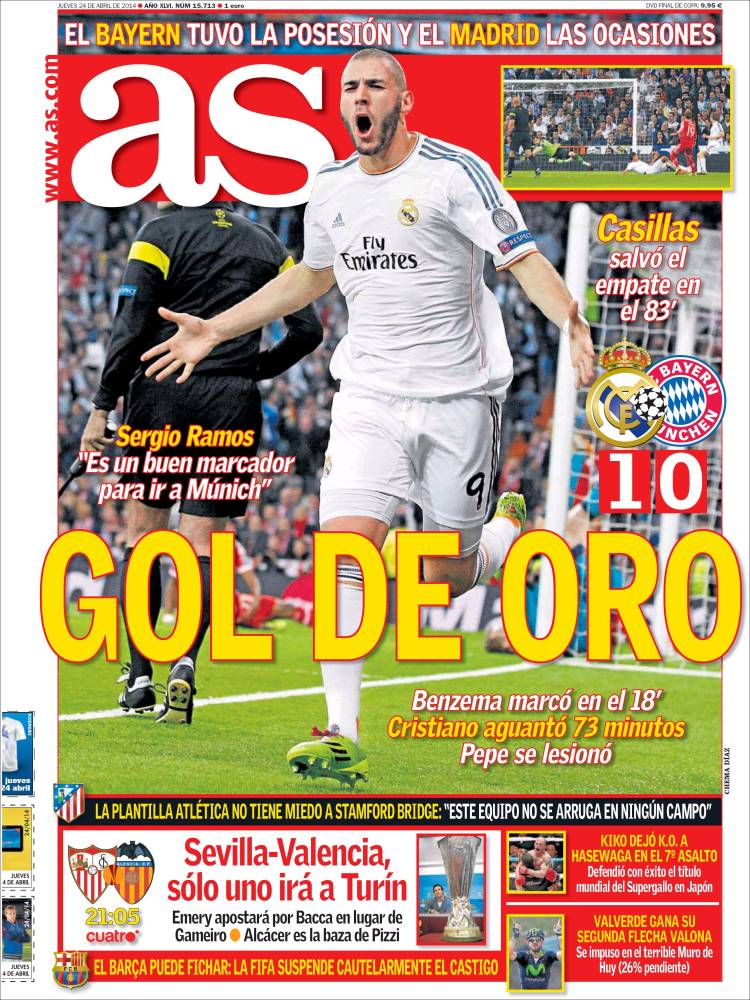 Bayern had the possession and Madrid had the chances

Benzema scored in the 18th minute and Cristiano lasted 73 minutes

Sevilla and Valencia; Only one can go to Turin

Emery is betting on Bacca in place of Gameiro

Kiko knocks out Hasewaga in the seventh round 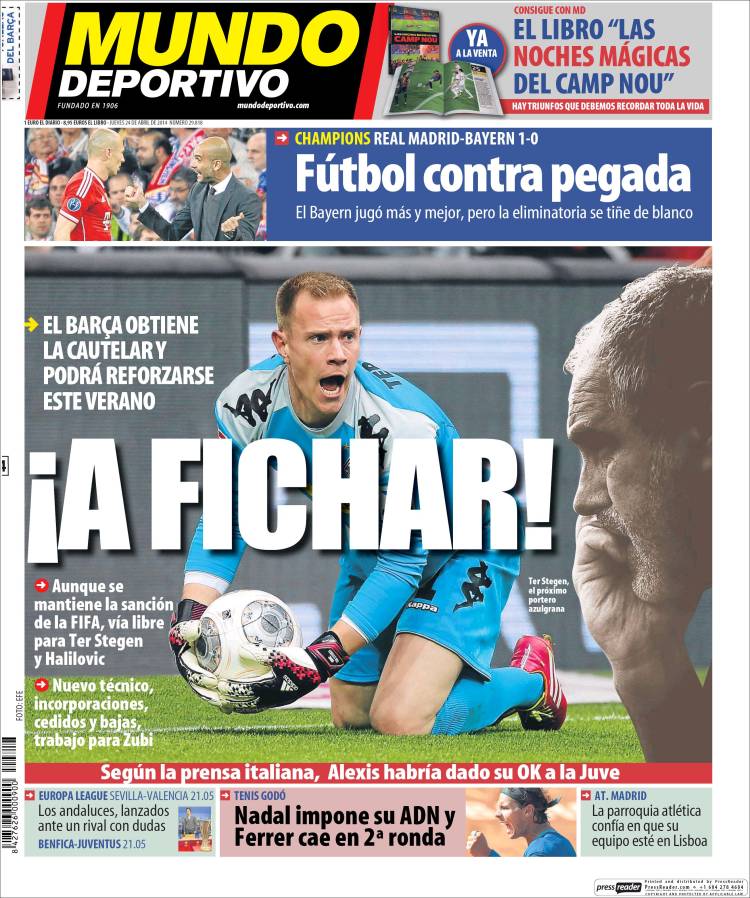 Even though FIFA maintain the sanction, Ter Stegen and Halilovic are free to arrive

A new Coach, new players, players to leave, all is the work of Zubi

Bayern played better and more, but they are staring at elimination

According to the Italian press, Alexis has said yes to Juve

The Andalucians against a rival with doubts in Europa League