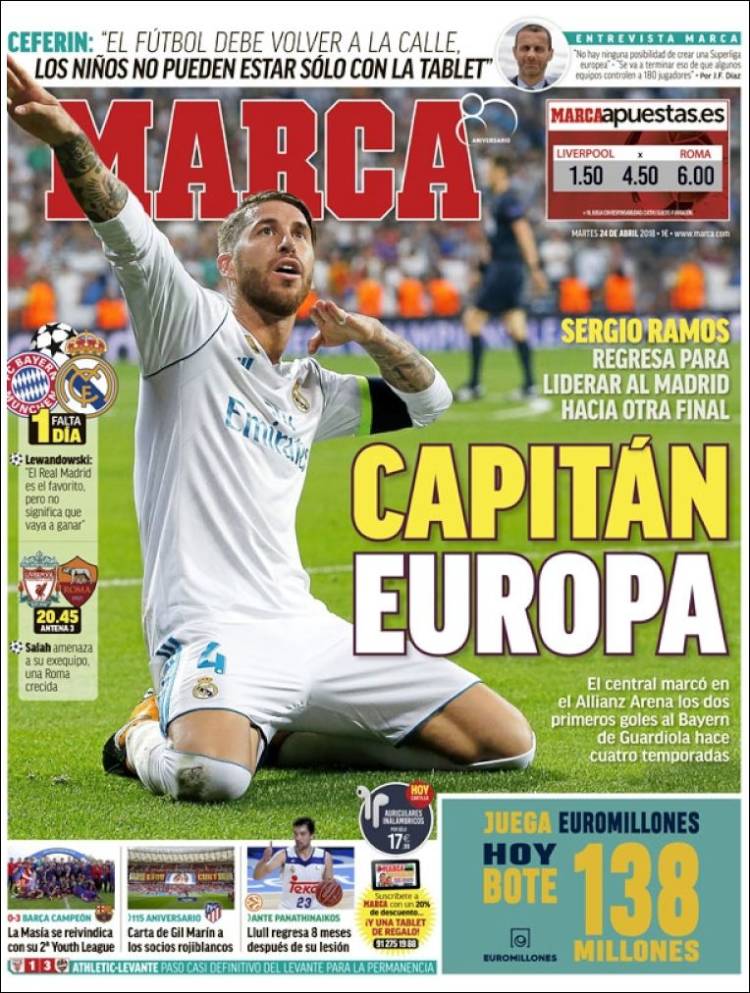 Sergio Ramos returns to lead Madrid to another final

Ceferin: Football should return to the street, kids shouldn't only play it with a tablet

Lewandowski: Madrid are favourites but we will go to win

Salah starts against his old team 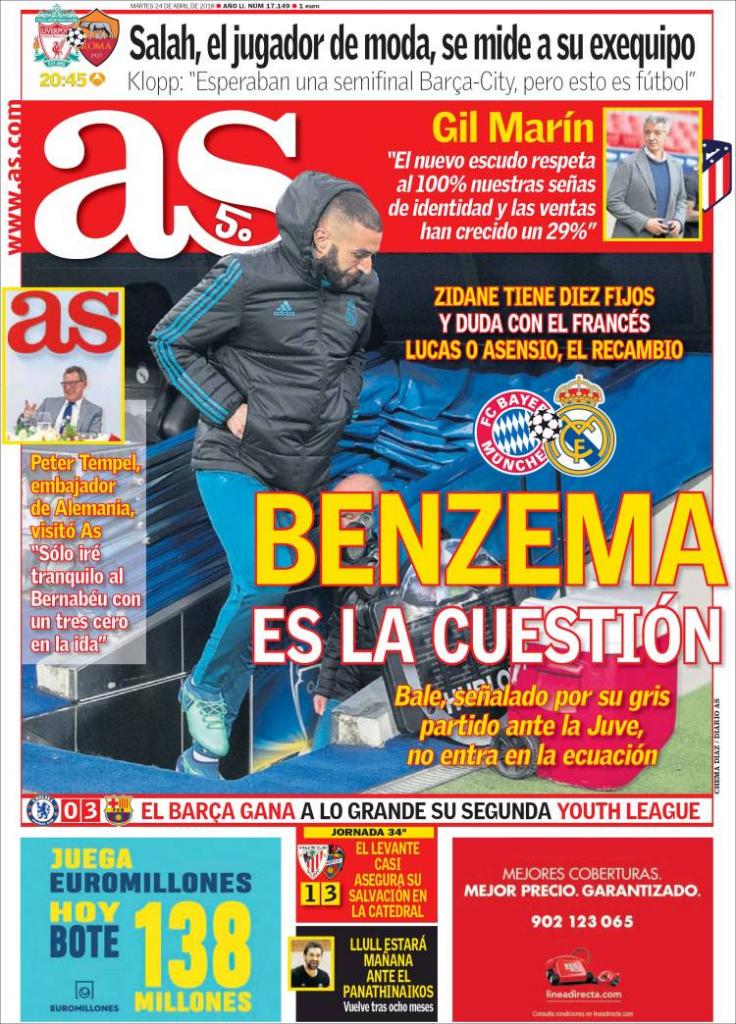 Benzema is the question

Bale after his grey game against Juve, isn't in the equation

Zidane has 10 starters with a doubt between the Frenchman, Vazquez and Asensio

Salah, the fashionable player, against his former club

Levante secure salvation in the Cathedral 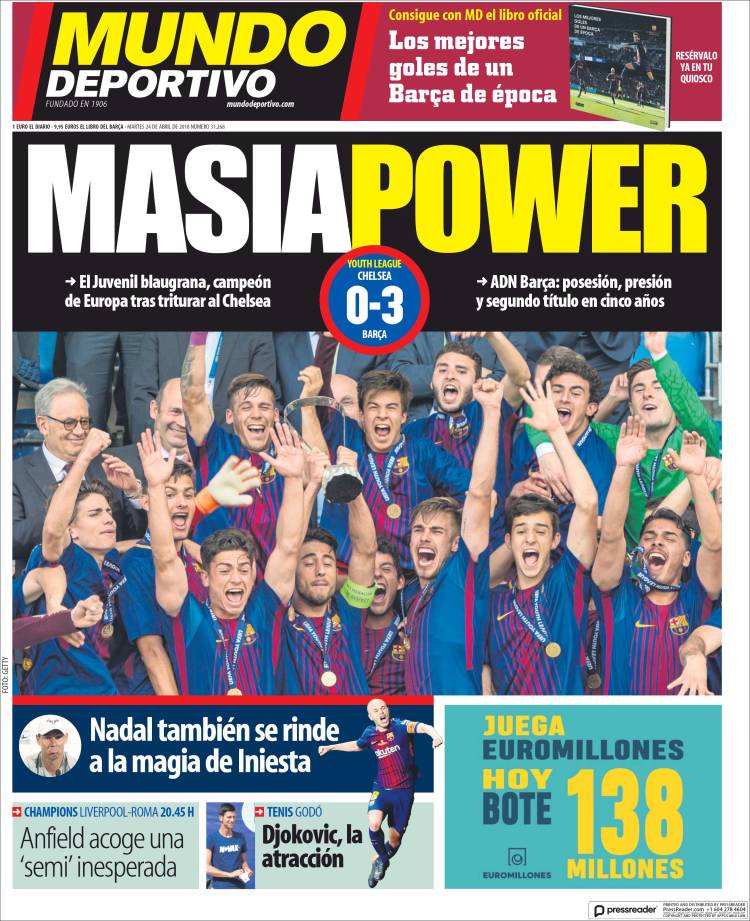