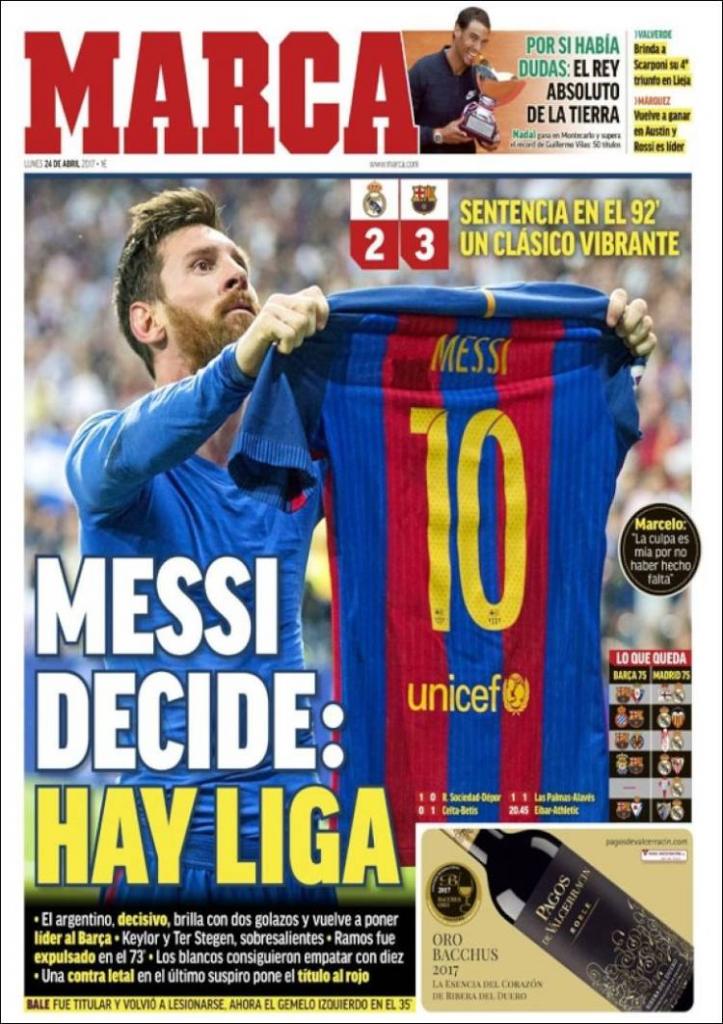 Messi decisive: there is a La Liga

The Argentine is decisive, scoring two brilliant goals and returning the leadership of the league to Barcelona

Bale returned but injured himself again in the 35th minute

Marcelo: The fault for the third goal is mine 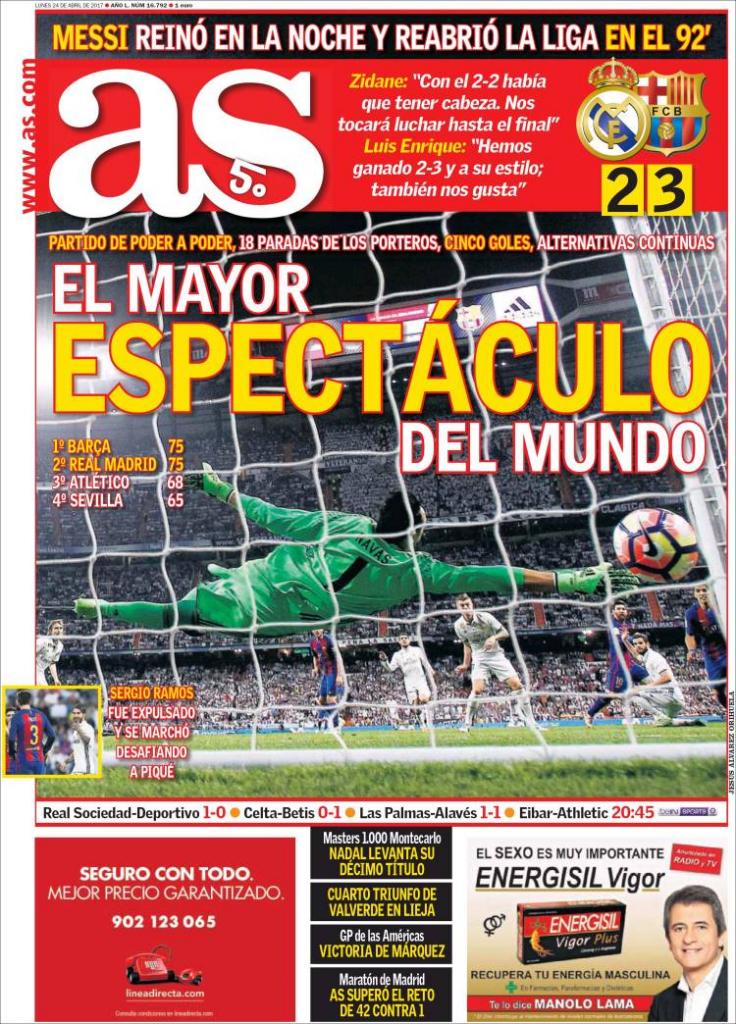 The biggest show on earth

Zidane: At 2-2 we had to use our heads. We will fight until the end

Luis Enrique: We have won 2-3 and with style, we like it 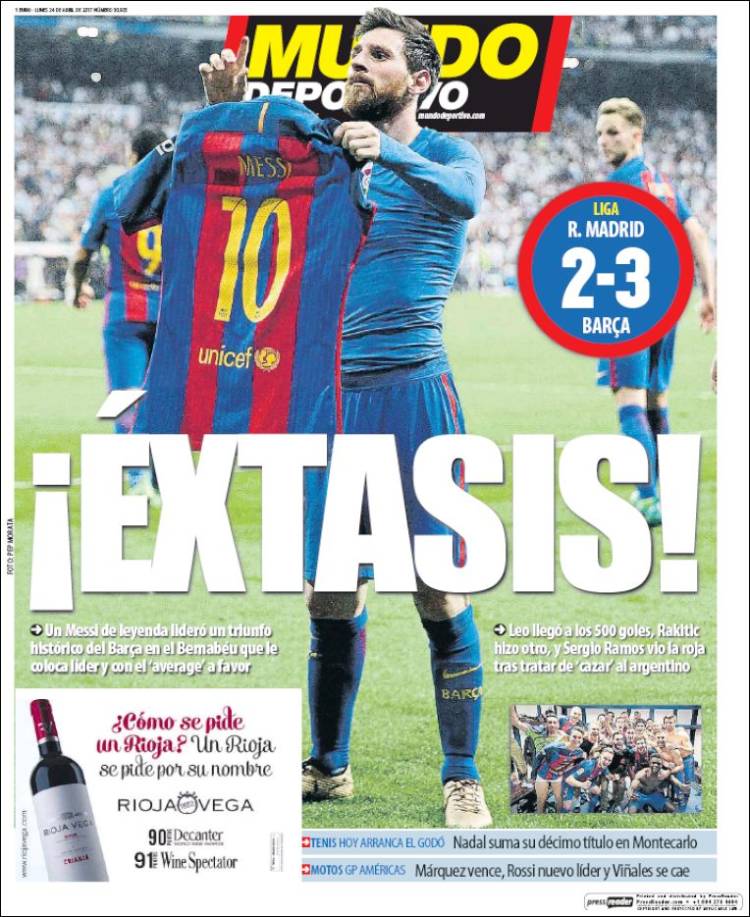 Messi arrives at 500 goals, Rakitic scores another, and Ramos saw red after foul on Messi