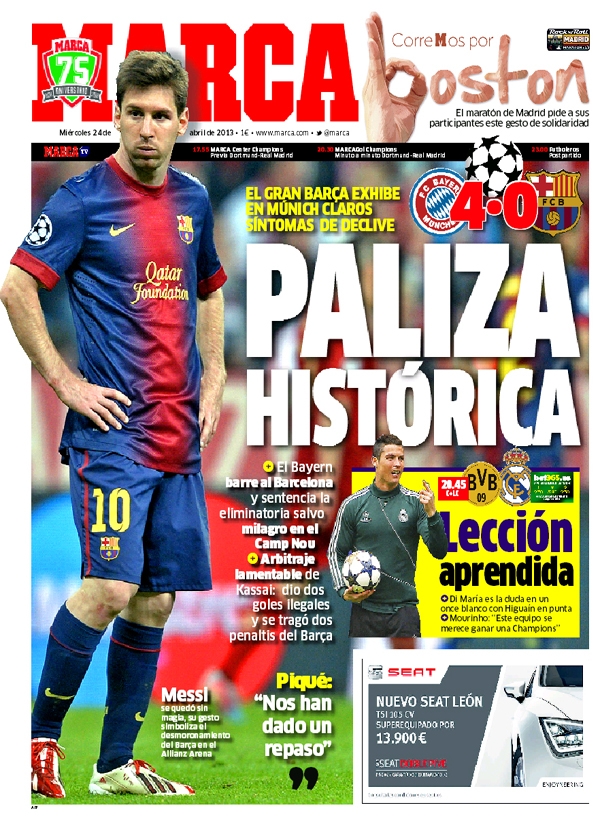 The great Barca shows clearly in Munich symptoms of decline

A lamentable referee in Kassai: He allowed two goals and did not see two penalties conceded by Barca

Pique: "They really tested us in all senses"

Messi, without magic, his gestures symbolised the crippling moral of Barca at the Allianz Arena

Mourinho: "This team is worthy of winning the Champions" 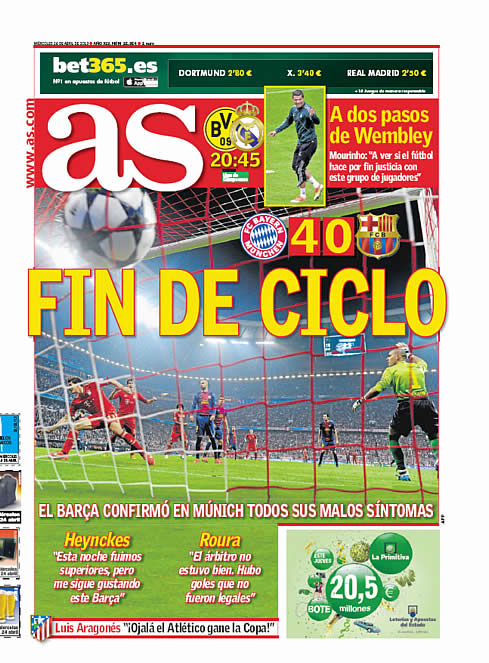 End of a cycle

Barca confirm all the bad symptoms of late

Heynckes: "This night we were superior but I continue to like this Barca"

Roura: "The referee was not good. He allowed two goals that were not legal"

Mourinho: "We'll see if football finally gives justice to this group of players" 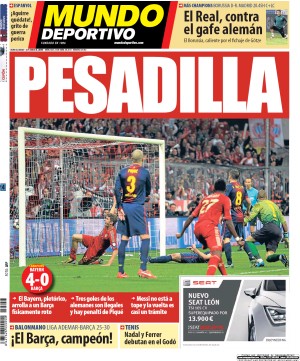 Real Madrid, against their German jinx