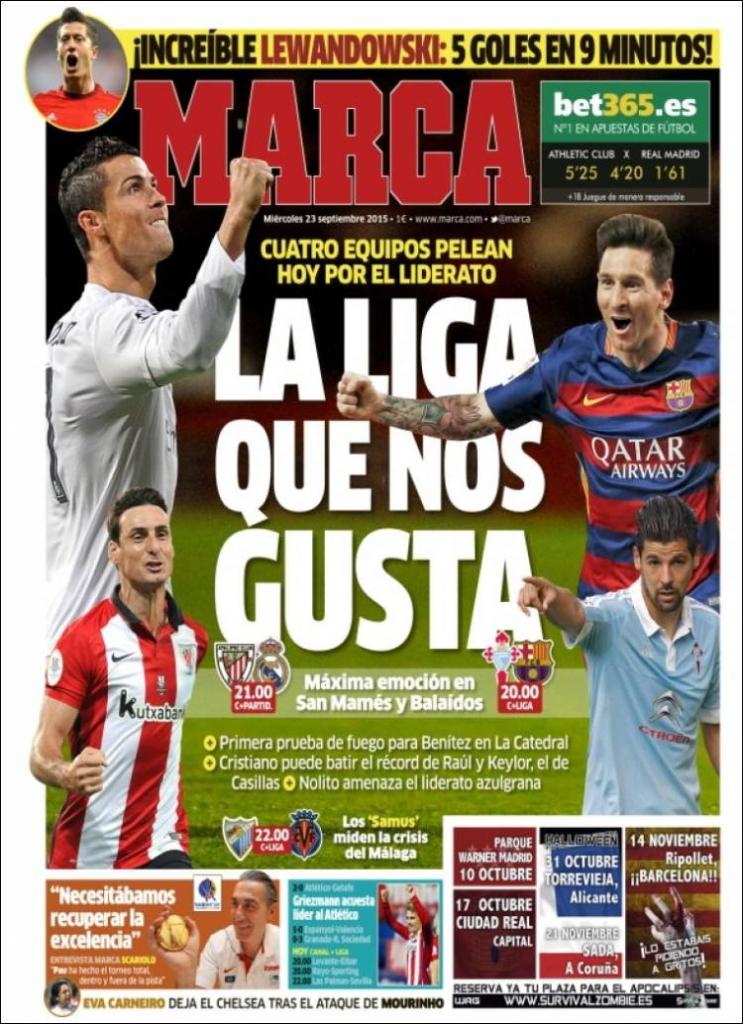 First litmus test for Benitez at the Cathedral

Cristiano can beat the record of Raul, and Keylor the one of Casillas

The ‘Samus’ measure the crisis at Malaga

Griezmann puts down the leaders Atletico 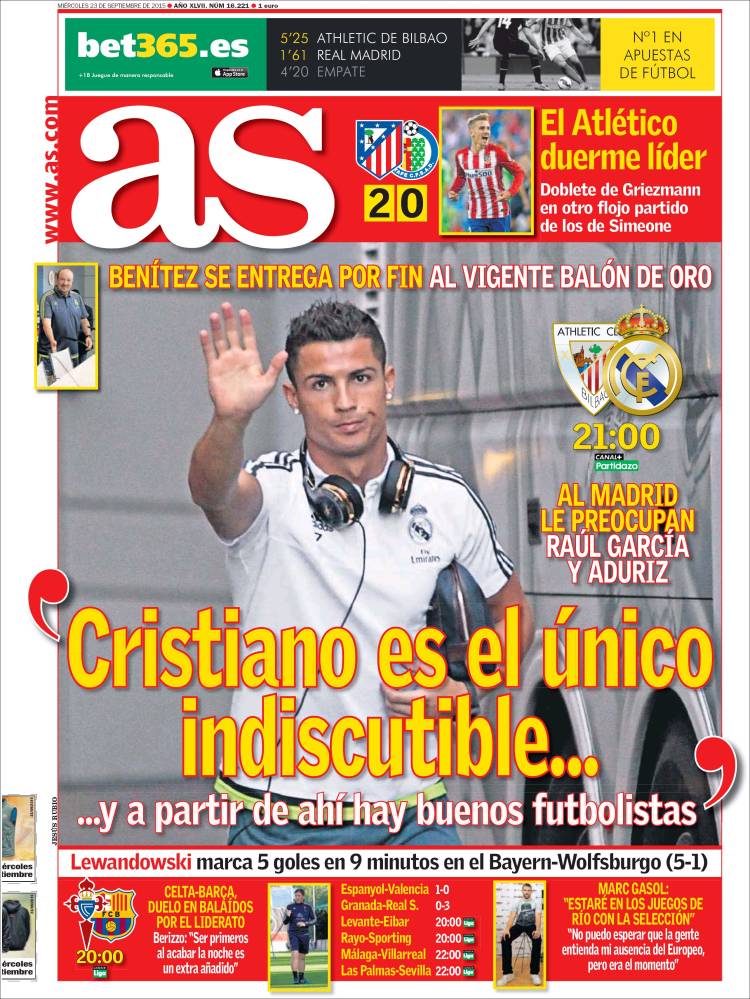 ‘Cristiano is the only one undisputed…

…and the rest are good players’

Madrid are concerned with Raul Garcia and Aduriz

Griezmann double in another sluggish game for Simeone’s team

Duel at Balaidos for the leadership

Berizzo: “To be first at the end of the night is a bonus” 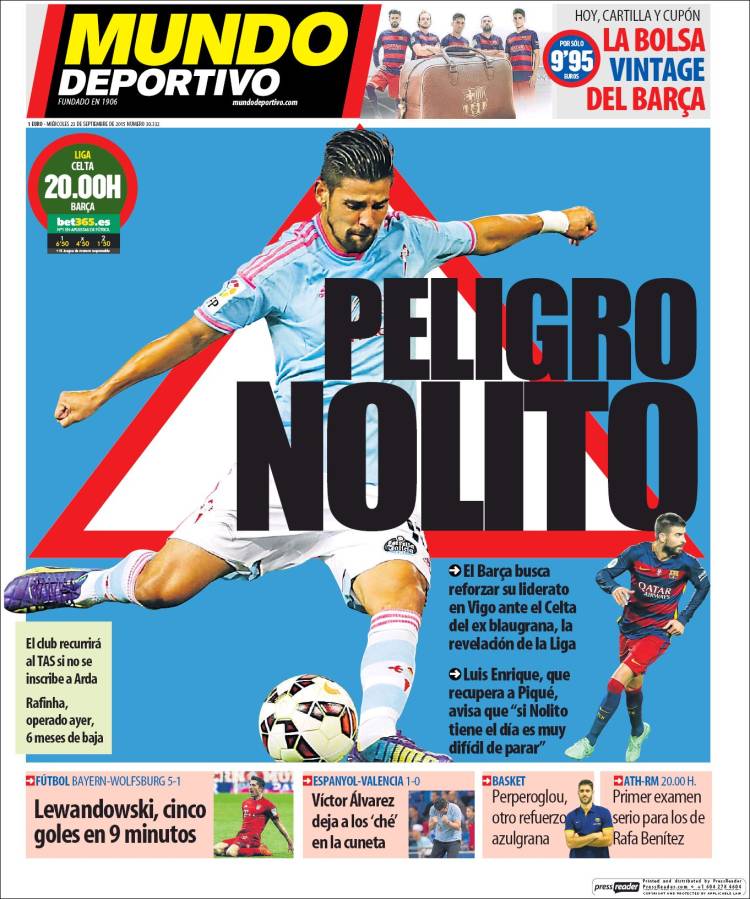 Barcelona seek to strengthen their leadership in Vigo against the Celta of the former Blaugrana, the revelation of La Liga

Luis Enrique, who has Pique back, warns that “if it’s Nolito’s day he’s very difficult to stop”