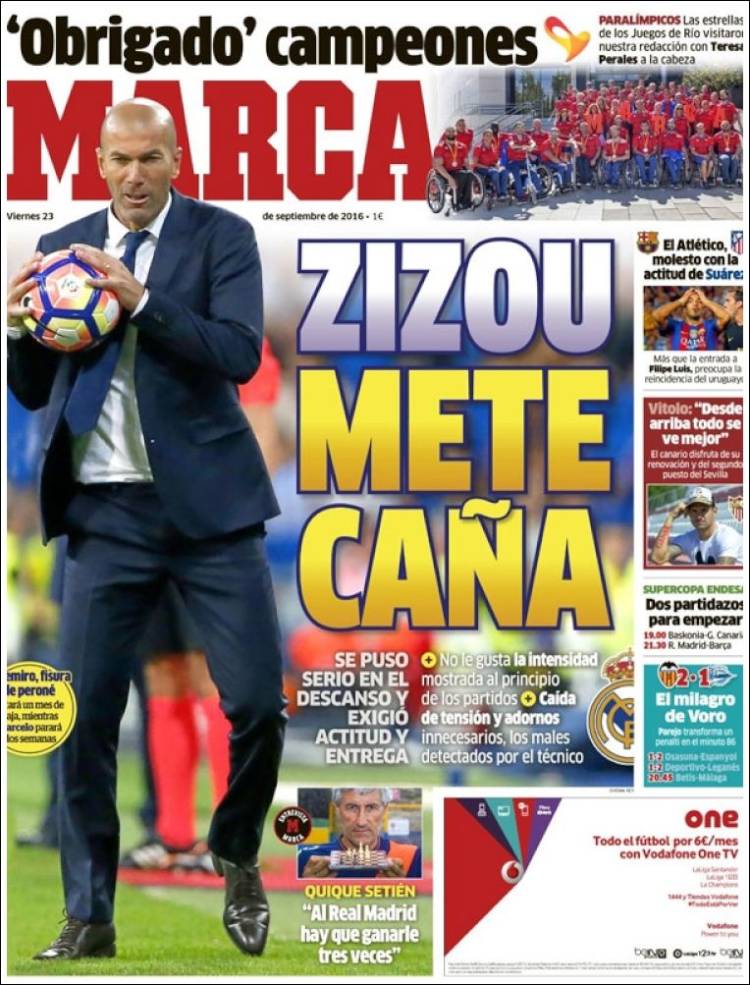 ZZ got serious at half time, demanded the team's attitude improved and they delivered

Quique Setien: Real Madrid will have to win three times

Casemiro has a fractured fibula - will miss one month, Marcelo is expected to be unavailable for two weeks

Atletico are upset with Suarez's attitude

Vitolo: Everything looks best from above

Valencia 2-1 Alaves - the miracle of Voro 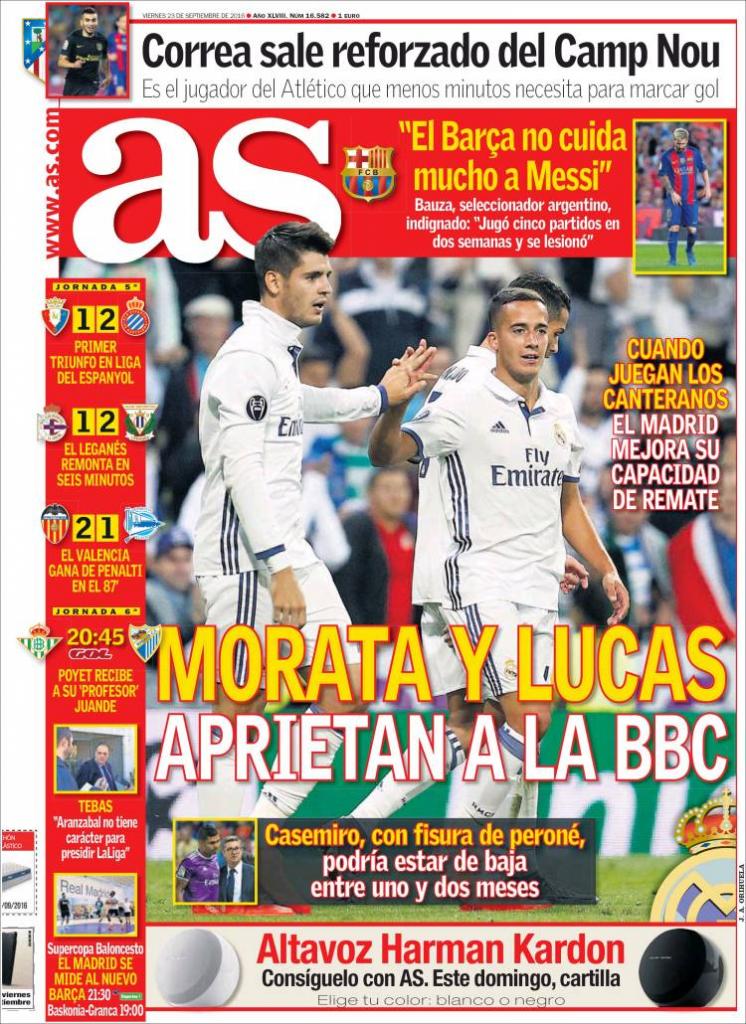 Morata and Vazquez squeeze the BBC

When these academy players are on the pitch, Madrid's ability to finish games strongly improves

Casemiro has a fissure of his left fibula, could be out for between one and two months

'Barcelona do not care much for Messi' says Guiza, Argentina manager - 'plays five matches in two weeks and is hurt'

Espanyol secure their first win, Leganes comeback by scoring twice in six minutes, Valencia win with 87th minute penalty, Poyet receives the 'professor' Ramos, Tebas: 'Aranzabal does not have the character to be LaLiga President' 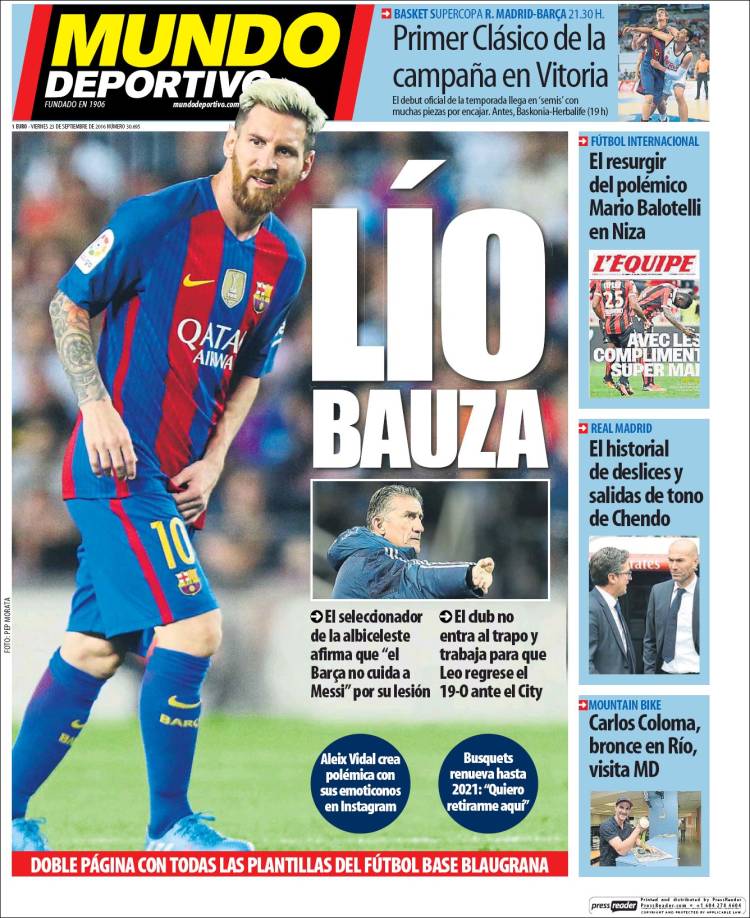 The Argentina manager says Barca 'do not care much' for Messi's injury, the club will not let him go to international duty as he works to return against City

The resurgence of controversial Balotelli in Nice