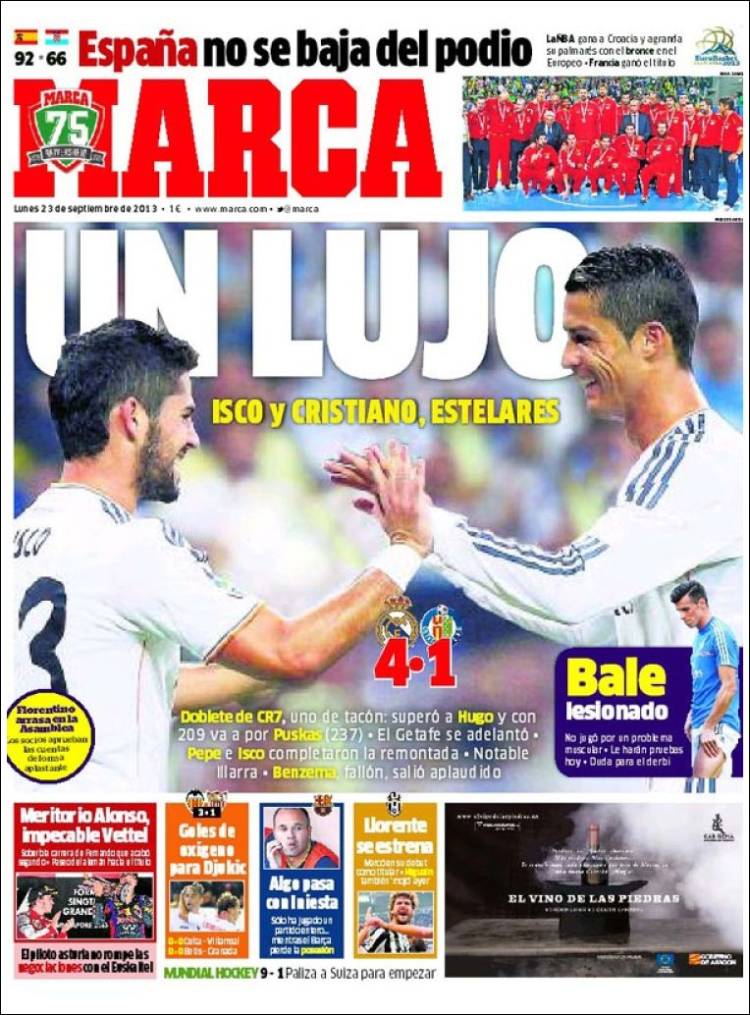 Isco and Cristiano, the stars

CR7 gets a double, one a backheel

Pepe and Isco complete the comeback

Illarra put in a noticeable performance

Benzema unreliable but leaves to an applause

Bale injured: He did not play due to muscular problem

He will undergo tests today

Some is up with Iniesta: He has only play one game...

Spain make the podium: Pick up bronze after defeating Croatia 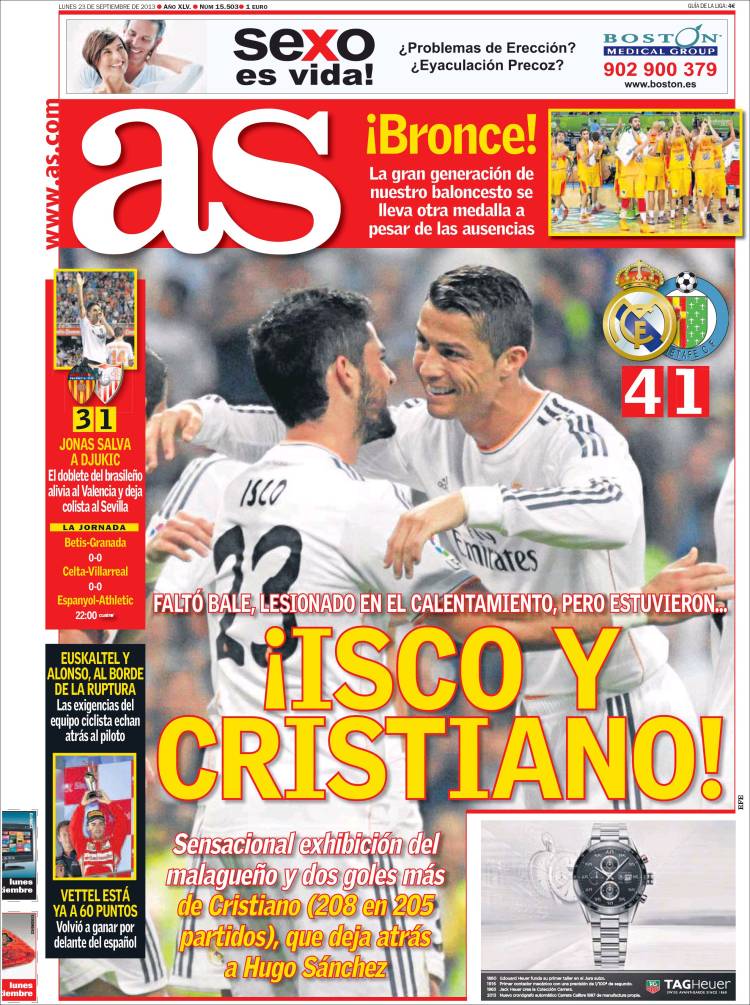 Bale does not play, injured in the warm-up

Euskaltel and Alonso, on the verge of breaking up

Vettel is already 60 points ahead

He again win ahead of Alonso 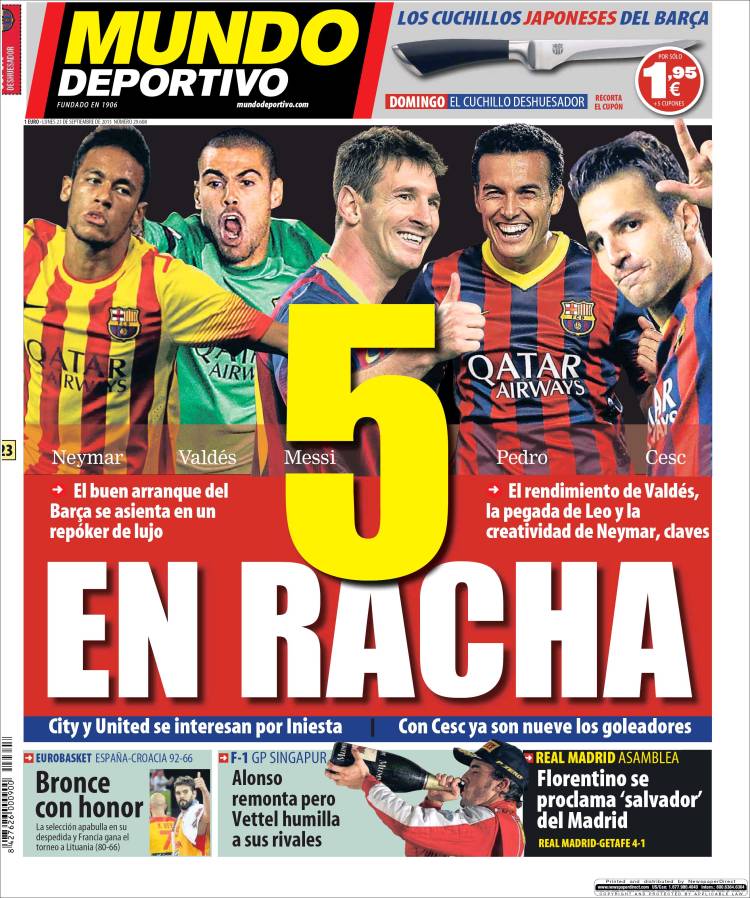 Five in a row

The great start by Barca puts them in a great position

The performance of Valdes, the influence of Messi, the creativity of Neymar, have been crucial

Formula 1 Singapore: Alonso comes back but Vettel humiliates his rivals