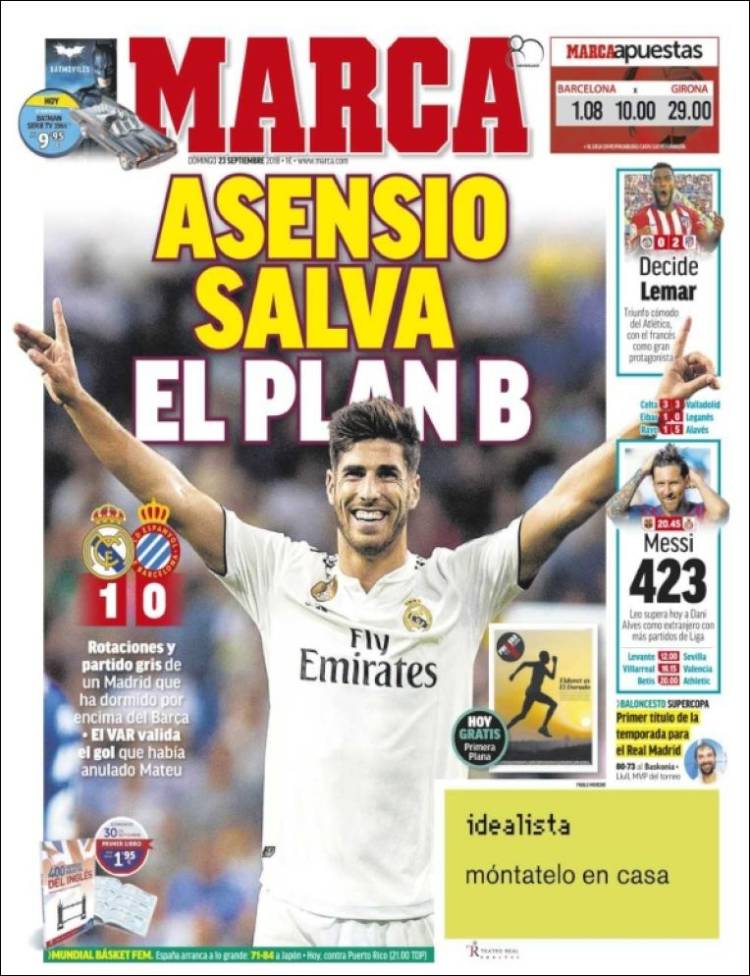 Rotations and a grey performance saw Madrid sleepwalk above Barcelona

VAR validates their goal, which Mateu ruled out 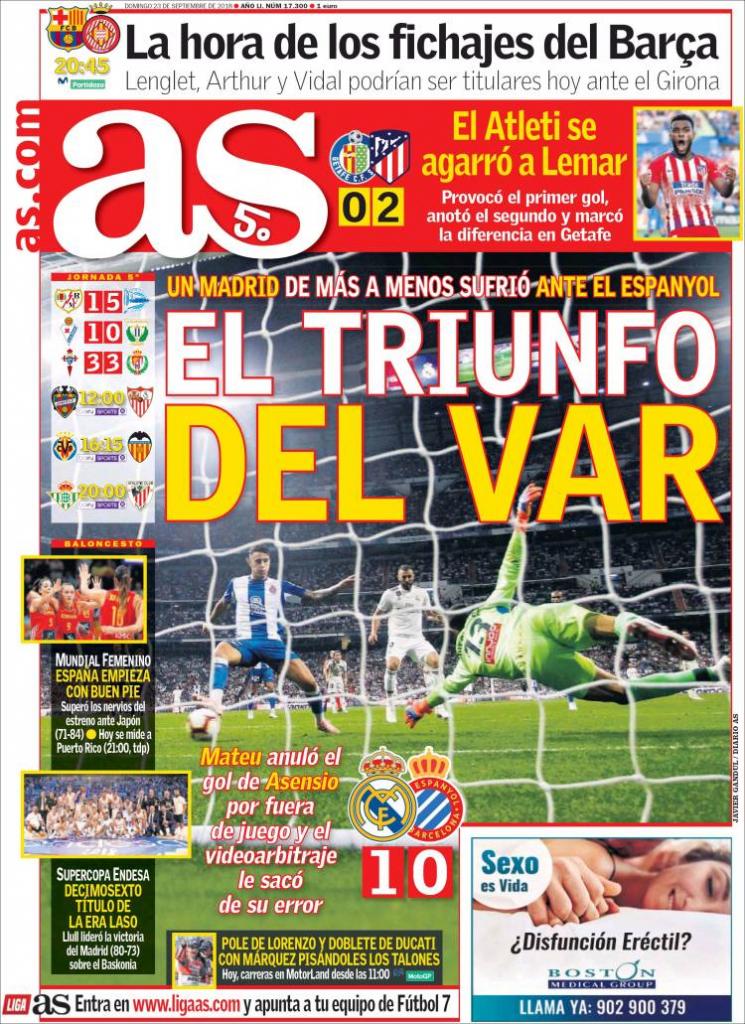 The time for Barca's signings

Lenglet, Arthur and Vidal could be starters against Girona today

Atleti cling on to Lemar

The victory of VAR 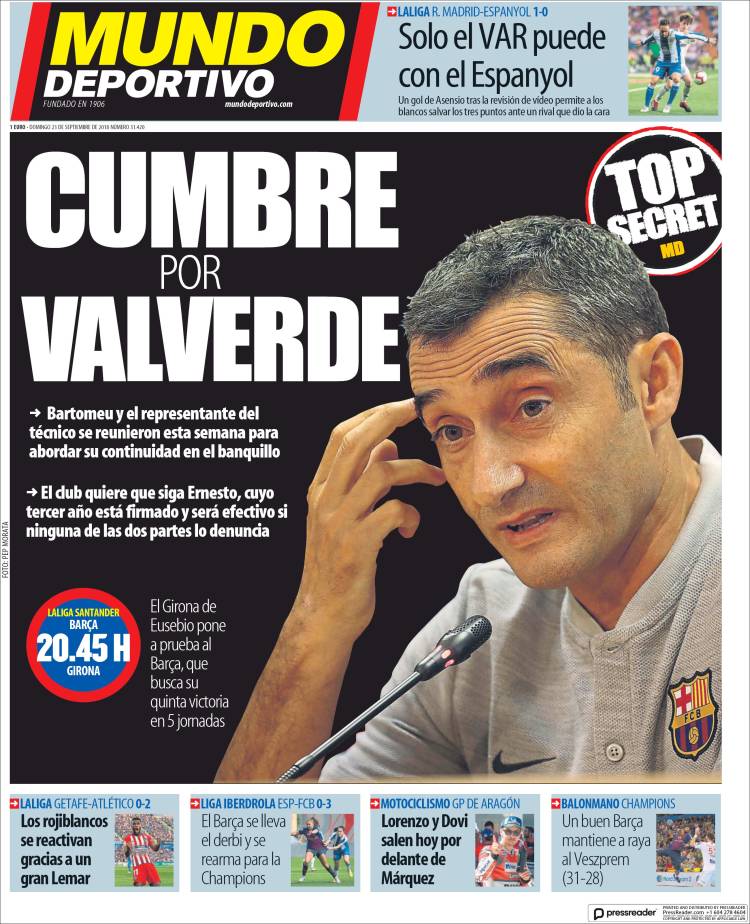 Only VAR can stop Espanyol

The club want to keep Ernesto, whose third year is signed and will become effective if neither party says otherwise

Eusebio's Girona test Barca, who look for their fifth win out of five

Los Rojiblancos bounce back thanks to a great Lemar