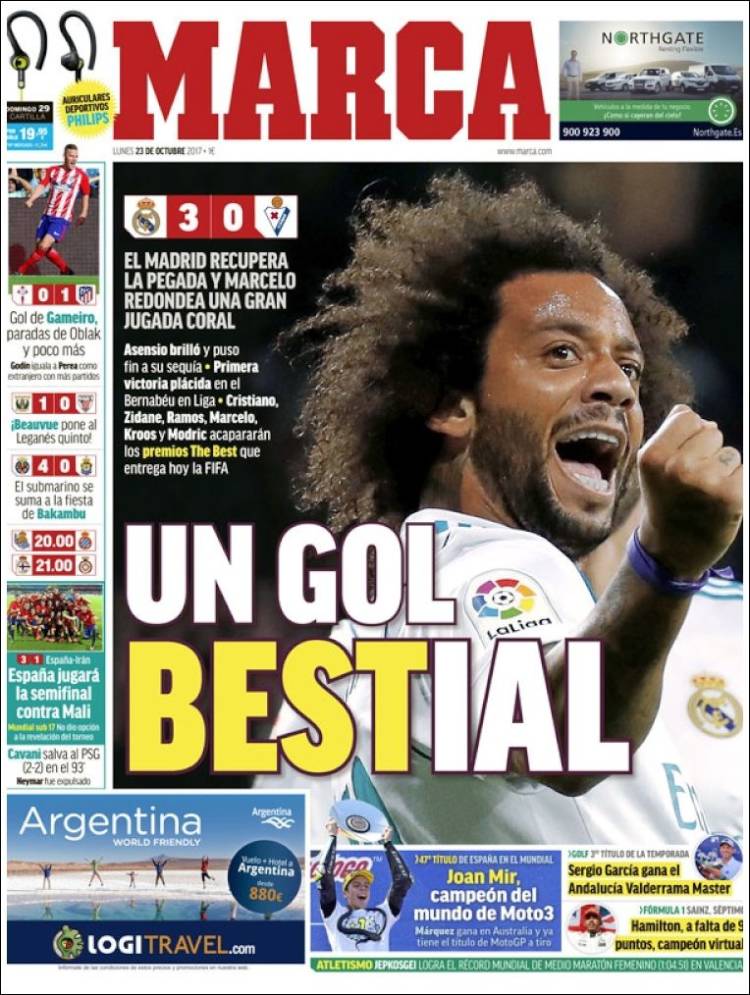 Madrid recover their swagger and Marcelo rounds it off

Asensio brilliant and ends his draught, first calm win in Bernabeu in La Liga, Cristiano, Zidane, Ramos, Kroos, Modric all off to FIFA The Best awards

Spain U-17 to play final against Mali 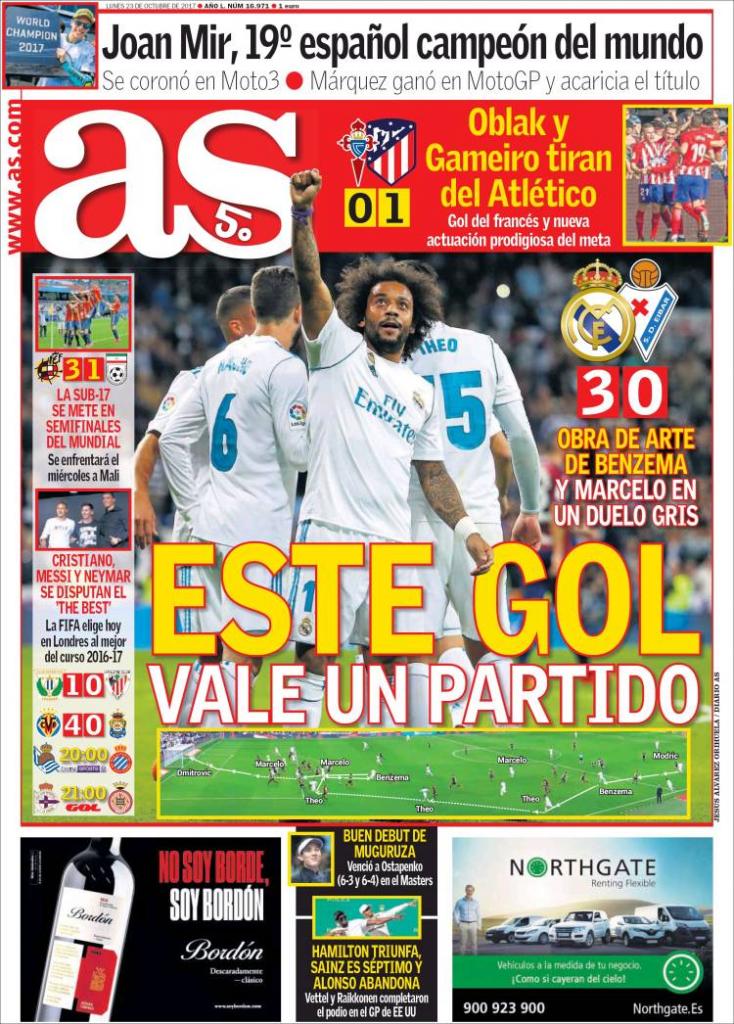 This goal - it's a match

Artwork from Benzema and Marcelo in a grey duel

Under 17's through to World Cup semi finals

Cristiano, Messi and Neymar up for 'The Best' awards 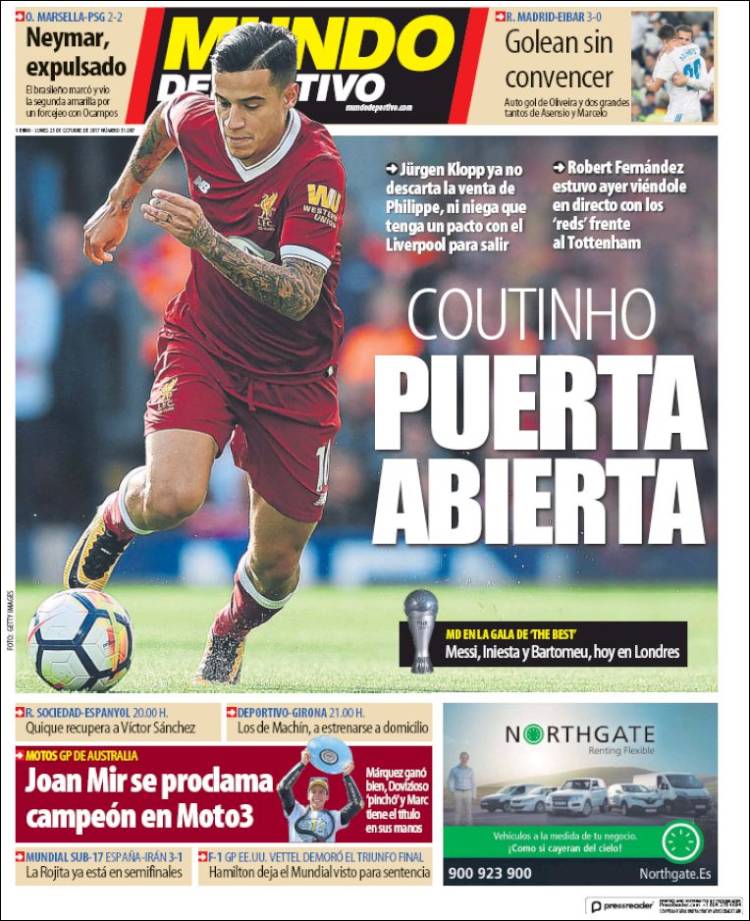 Jurgen Klopp already not ruling out a sale, nor denies a pact exists for his exit

Quique welcomes back Victor Sanchez, Machin's team to be released on the road