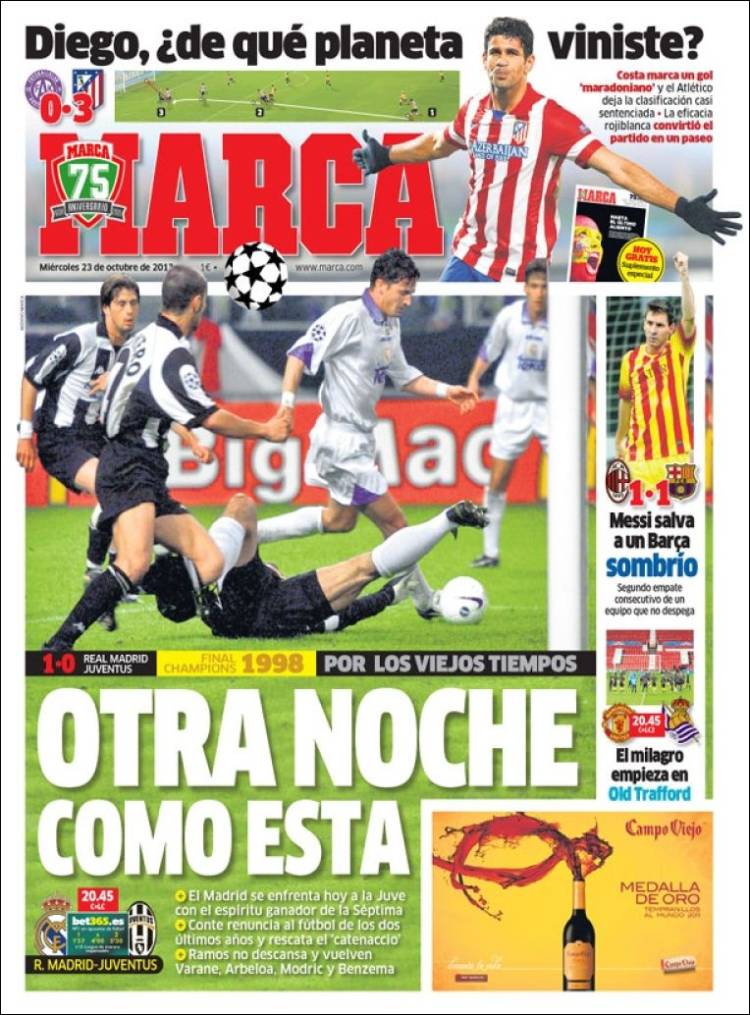 A meeting of old

Conte has come to Catenaccio's rescue in the last two years

Ramos not to be rested as Varane, Modric and Benzema return

Diego, from what planet did you come from?

Messi rescues Barca from the shadows

A miracle needed at Old Trafford for La Real 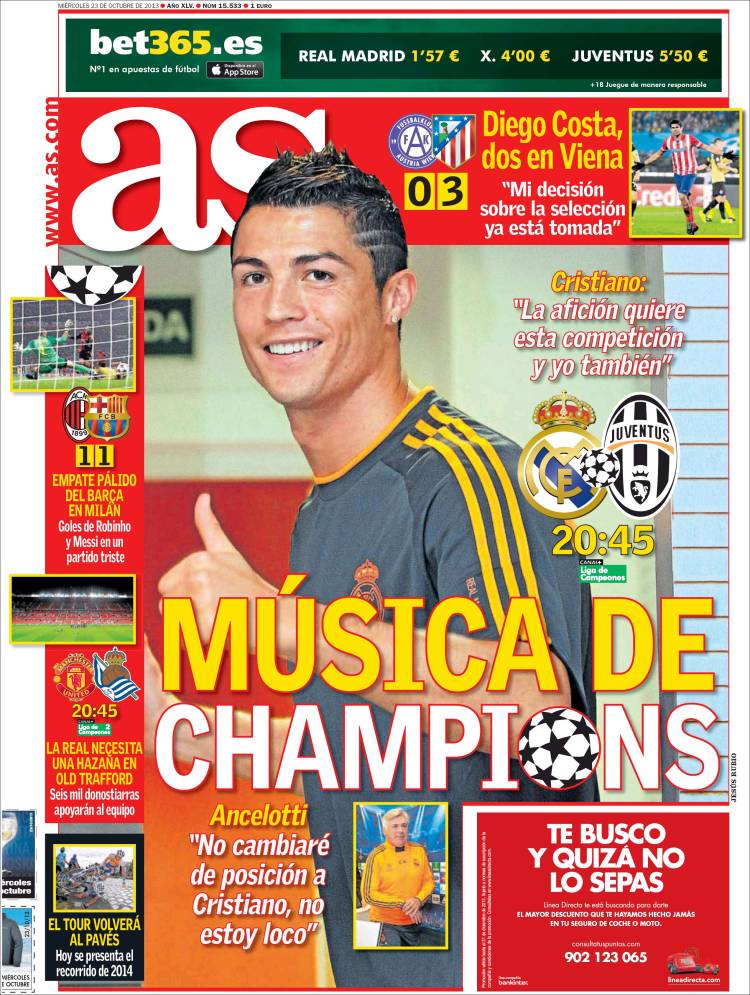 The music of the Champions League

Cristiano: "The fans want this competition and I do too"

Ancelotti: "I will not change the position of Cristiano, I am not crazy"

"My decision over the national team is already taken"

A feeble draw for Barca in Milan

Goals from Robinho and Messi

The Tour returns to Paves 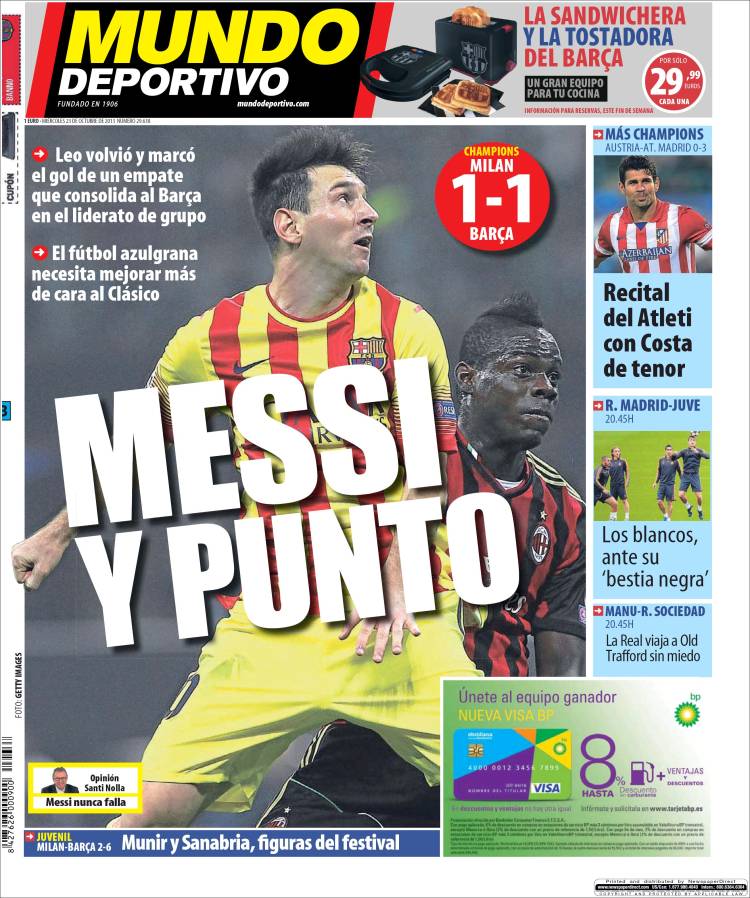 Messi and a point

Los Azulgranas need to improve ahead of the Clasico

Atletic make light of things in Vienna as Costa stars

Los Blancos up against 'black beast'